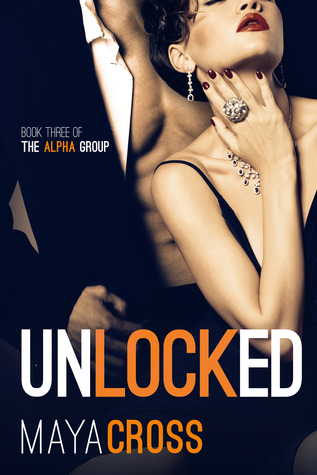 Who is Sebastian Lock?

The heart can lead you to dangerous places. Abandoned by the man she loves, with nothing more than sweet words and riddles for an explanation, Sophia Pearce felt like her life was crumbling before her eyes. And then they came for her. Now, things will never be the same.

Confronted with the truth about Sebastian’s identity, she’s thrust into a high stakes world beyond anything she could have imagined. A world that threatens much more than just her feelings. Sebastian’s enemies will stop at nothing to get what they want, and they want her.

Their passion for one another consumes them, but as the danger mounts, and loyalties are tested, Sophia must answer one simple question. What is she willing to risk for love?

I hadn’t expected Sophia to sleep at all, not after what she’d been through. Trauma like that can ruin a person. But somehow she’d drifted off. I had no idea where she found the strength to be that tough. She never ceased to amaze me.

For a while I lay there trying to get some rest myself, but the events of the last two days had thrown my whole world into chaos. It was all happening again. The fact that I’d averted the worst didn’t make the situation any better. I was an asshole. I should never have let it get to this point, but I was weak, and it had nearly cost the woman I love her life. How the hell could I sleep knowing that?
To make matters worse, even now I was still incapable of staying away. She was as secure here as anywhere, but the moment she’d left my sight I began to feel agitated. I still hadn’t managed to shed the mindless terror that had seized me when I first heard she’d been taken. The urge to go to her, to simply hold her and never let go, had been almost overpowering.

I’d tried to distract myself. There was certainly no shortage of work to be done — most of my colleagues were holed up together in the board room, planning things until well into the night — but I was useless there. My mind only wanted to focus on one thing, and soon I found myself propped up against the wall outside her room, nursing several fingers of scotch in a heavy crystal tumbler. I didn’t know why, but just being close to her helped. I made myself vow not to enter. It had taken an immense level of control to cut her off the first time, and every moment in her presence stretched my willpower just a little more. I would keep her safe and solve all this, and then when it was all over, I’d let her go again. It was the only way.

But the moment I heard her sobbing through the door, all sense of self-control fled. Before I knew it, I was on my feet, and then in her bed. I expected her to fight, after all, I had to be the last person she wanted to see, but she didn’t. Instead she just burrowed into me without a word. I hated how perfect that felt, the way her body fit like a missing puzzle piece against mine. I still didn’t understand how such simple contact could make me so damn content, but it did.

And now she slept. I couldn’t help but run my eyes over her again. Truth be told, I’d barely been able to stop staring since the moment I entered the room. She looked so fucking beautiful lying there, her face utterly peaceful, her curves perfectly accentuated by the thin cotton sheet. She’d taken the T-shirt I left her, but not the pants, and now in the throws of sleep she’d managed to knock part of the cover free, exposing one delicate hip. It was a tiny thing, the barest hint of pale skin and black cloth, but the sight took my breath away nonetheless. I felt impossibly low ogling her after everything I’d put her through, but I was powerless to do anything else. Her body was like a drug, a burning rush through my system that was impossible to ignore. I knew how that hip would feel if only I’d reach out and touch it. I had every inch of her body charted in my head; so perfectly soft, so perfectly feminine.

Fuck. I had to pull myself together.

Ripping my gaze free, I eased my arm out from under her. I’d done what I came to do. She was resting. There was no reason for me to stay.

She stirred briefly, and I came within a hair’s breadth of pulling her back against me once more, but after a few moments she settled. Taking one last look, I moved quietly out into the corridor and resumed my watch. I’d be there if she needed me, but anything beyond that was too hard. There was no happy ending here, and letting myself think otherwise would only destroy me more.

Links to Other Books in the Series 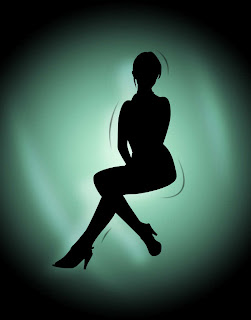 Maya Cross is a writer who enjoys making people blush. Growing up with a mother who worked in a book store, she read a lot from a very young age, and soon enough picked up a pen of her own. She’s tried her hands at a whole variety of genres including horror, science fiction, and fantasy, but funnily enough, it was the sexy stuff that stuck. She has now started this pen name as an outlet for her spicier thoughts (they were starting to overflow). She likes her heroes strong but mysterious, her encounters sizzling, and her characters true to life.

She believes in writing familiar narratives told with a twist, so most of her stories will feel comfortable, but hopefully a little unique. Whatever genre she's writing, finding a fascinating concept is the first, and most important step.

When she's not writing, she's playing tennis, trawling her home town of Sydney for new inspiration, and drinking too much coffee.

This was a fan-freaking-tastic ending. I thought I didn't see what happened in Lockout coming. I definitely didn't see this crap coming. About the only thing I saw coming was A stood for Alpha. SO much happened that had my head spinning. I mean Sebastian is obviously a Dom, so this should be a group about Dom's right? UGH HELLO!! WAKE UP CALL!

He just broke her heart and now look where the book starts. HOLY HOT SAUCE!  Okay maybe I made assumptions about one character, but that's all, the rest.. NO IDEA!  This was soo good. It kept me on my toes the WHOLE time. And I loved that she went the route of dual Point of Views. Not all authors can pull that off, especially in a suspenseful atmosphere. But Maya did, and she did it effortlessly. Oh Sebastian, he definitely turns into a Alpha Hero!

I can't say enough good things. There isn't one thing that I would change. GAH!  It was so full of suspense and a head trip of who's behind everything going on. So Sebastian and Sophia finally team with the unexpected, and then in walks who is responsible for everything...and I was like Excuse me? Who? Whaat!

I'm still sitting here like.. WHAT THE HELL JUST HAPPENED! You feel me?

WHAT THE HELL! I'm not gonna tell you what happens, because .. Well, we don't dish spoilers.. but I will sayb Gosh Darn you Maya! I feel like I am all over the place here and I love every damn minute. I gave this book 4.5  hearts! What a great conclusion.

Check out my reviews of Locked (Alpha Book 1) and Lockout (book 2) .