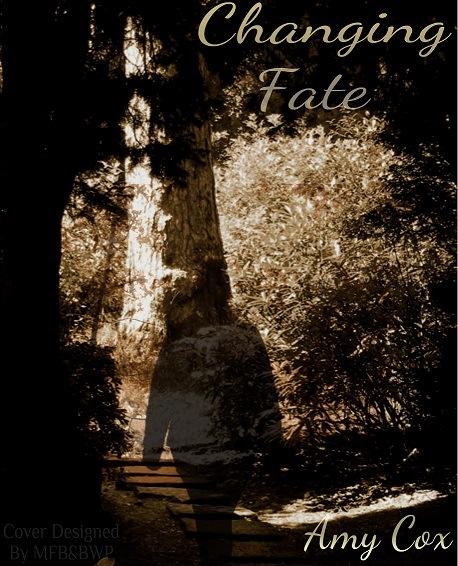 What happens when everything you thought felt so right, all

of a sudden is all wrong? Rachel loves Tim and she is

reminded of that every time she looks at their baby Alyssa.

On the morning of their third anniversary, she decides that

he doesn't see her anymore and she goes back to St. Louis

help her sister and mother with her ailing father.

Ray Mitchell, sees Rachel and he is drawn to her

immediately. Alyssa seems to be icing on the cake for him.

When Tim would run the other way from emotion and

anything to do with the baby, Ray embraces Rachel and her

some hard choices and figure out not just what she wants

but what she needs.

About the Author:
Amy Cox~

Amy Cox is a twenty nine year old wife and mother of three. She was born and raised just outside St.

Louis Missouri in Granite City, Illinois. After finding her own love story in real life; she lives happily

married living in the beautiful mountains of Virginia. Having wrote stories and poetry all her life Amy

was inspired to write of life and love; which lead to taking the leap of faith into self-publishing her

Her first book, a novella called ‘Out of the Wreckage, was released in late February of 2013 and has

sold well over a thousand copies and growing quickly. Changing Fate is her first full length novel and

“There is something about love, the true kind of love that puts off such heat and emotion. It makes

your stomach roll and your heart clench. It completely knocks your feet out from under you. That

feeling where you don’t know whether to laugh, cry, or throw something. That is what I want to

about, what I want to capture; that is life. It is real.” 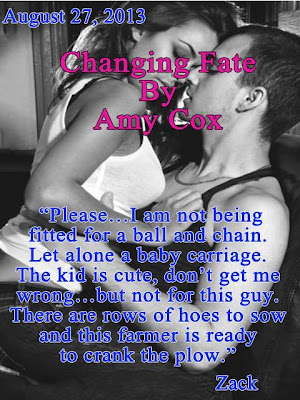 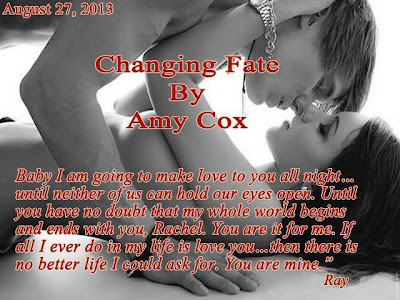 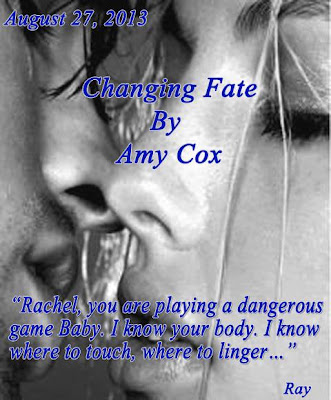 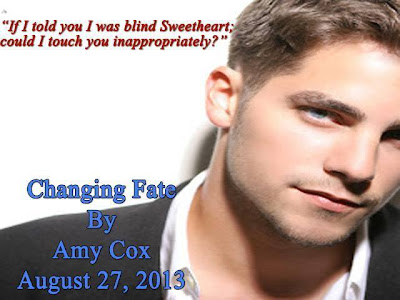