That First Kiss by JC Valentine, Review by Dee

Mercurial and charming, Tate Larson is a rising author and playboy who has a different woman on his arm every night of the week. Focused on his work, Tate has no plans to settle down any time soon. That is until he meets his pretty new assistant, Piper Donovan.
Desperate to escape the promise of backwater living, Piper ditched her Alabama hometown and never looked back. That was almost two years ago. Now that she is out of a job and her bank account is running on fumes, she is desperate to find a job, fast. After a brief but explosive encounter with a man she was never supposed to see again turns out to be the same man she will be bending over backwards to please, her every instinct tells her to run. But  when running means leaving the life she has struggled so hard to create, Piper decides her only option is to continue working for the devastatingly sexy Tate Larson...even if it kills her.**This sexy, steamy, contemporary erotic romance is a FULL LENGTH novel that comes complete with an HEA, which is something you can come to expect from Ms. Valentine, because like you, she's a true romantic. Even though this is a series, each book can be read as a stand alone; however, it is recommended that you go back to read each of them so you can fully appreciate the series and its characters.** 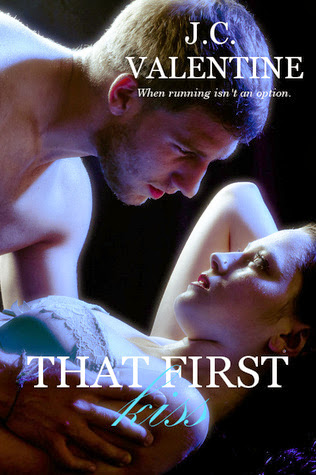 Brandi Salazar lives in the Northwest with her husband, their wild children, and far too many pets. As a university student, she studies literature, which goes well with her dream of becoming an editor. Brandi entertains a number of hobbies including reading and photography, but her first love is writing fiction-in all its forms.

Holy crap. I have book lash. That's whiplash from a book. Yes, that is completely possible. You know what cracked me up when reading this book? This book was about an author, and a book signing event also took place during the plot. How funny that I go to those. I was flipping through my mental history like "had anything like this taken place when I was at an event?"

I'm like whoa I feel like I'm getting ran over. Sheesh. Then we have the other guy, Tom. I was secretly pulling for him. He sounded like the ultimate catch. I wanted him to catch her. I felt like Tate was playing cat an mouse, and Tom was just so open about what he wanted. And Casey... What in the world!! So much goin on! So much drama!! I like that Piper is such a strong character. I love that she doesn't give up, she fights back, she sticks around. Well not until her heart is broken. I love that. She doesn't hold back, tells is like it is. Thank the book gods for that, it's exactly what Tate needed. This book was so good. I give this 4.5 hearts.