Learn to Fly by Heidi Hutchinson, Review by Dee

Lenny Evans felt like her life was suffocating her. She would do just about anything to change that, which is how she ended up taking a job that landed her on tour with the biggest rock band in the world.

The plan was simple: get a job, get out of town, don't get attached. But Lenny has never met anyone like the members of Double Blind Study and they easily adopt her into their makeshift family. Now, Lenny finds herself caring far too deeply for these tattooed misfits, daily bringing them closer and closer to revealing Lenny's true past and everything she's running from.

Sometimes crashing headlong into the unknown isn't the worst thing. 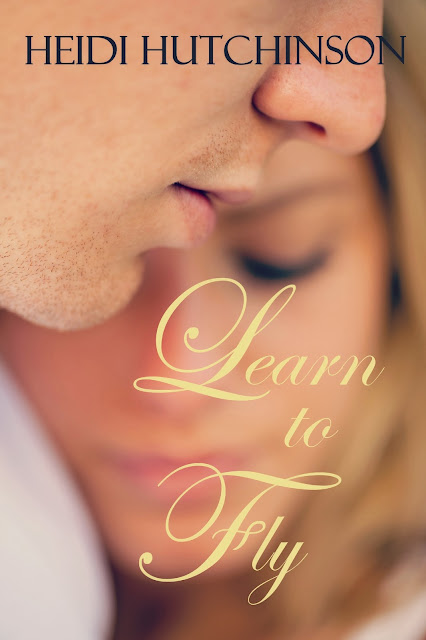 WARNING: contains foul-mouthed rock stars, irritating exes, loud music, an overworked tour manager and random shenanigans. ( I feel like I need to add a disclaimer in here: Just because it's listed as Romance that does NOT mean it has sex. There is actually no sex at all. My characters are far too busy for that and besides, I would be the worst at writing sex scenes. The. Worst.)

Heidi Hutchinson is an incorrigible idealist with a deep love for art, coffee and fabulous music. She writes about all of these things as often as life allows.


She lives in the Midwest with her alarmingly handsome husband and their fearless child where they eat more pizza than God intended. 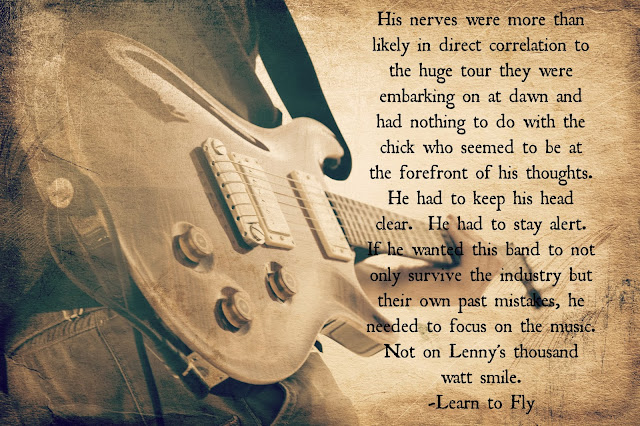 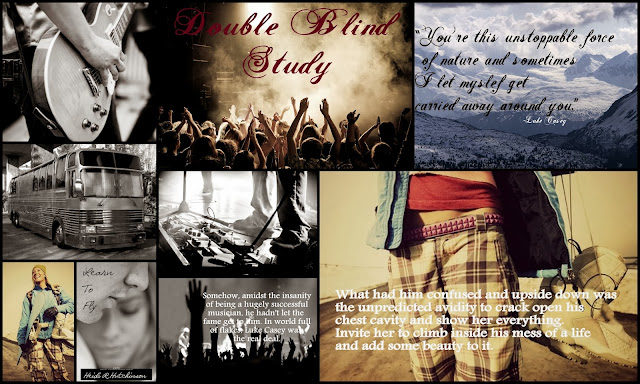 Do you remember the last time you read a book and you had that feeling of contentedness? Wholeness? That's how I felt reading this. And honestly, when I read this, I kept feeling how I did when I read Reckless by SC Stephens. It's that kind of book where you get such a picture of family, the whole group is more than a band- they're brothers. They may have lost their way, but they have each other's backs, always.

You get a beginning to how the whole story and relationship starts.  You see the whole process. It's not just skimmed over, you're involved from beginning to end. Start to finish. I love that you don't just meet the main characters, you meet the whole band. And the book isn't just about the male and female and their relationship, it's about Lenny's relationship with all of them. And her relationship with her family and friends. You get to see the many different sides of Lenny. The old and the new.

And you get to see how Duke and Luke help her bring those together. You get to see how Lenny helps all the boys. She doesn't just work for them, she becomes part of them. Part of their family, just as much as they become part of hers. I loved that about the book. That it was her playing video games with the boys. Or Mike telling her about what happened to him, and relating to what happened to her. Or Sway flirting all the time.

I love it. I loved it even more when the truth about her accident came out and she finally saw Casey for what she was. I was excited with how she handled the X games, both on the board and off. I really liked that I don't remember ever reading about snow boarders. 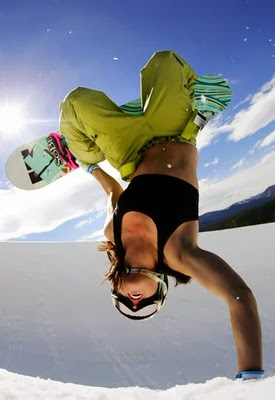 I think the thing that I liked the most, is that Lenny wasn't a weak character who just pined after her man and they fell in love. Hell no, she has her own life. Her own achievements and they don't include the band. I can't say enough good things about this book. For a debut novel, the author knocked this out of the park. And! And!! She creates this beautiful, strong relationship without one tiny bit of sex.

Lenny doesn't want to have sex, so she doesn't. I love that she's a virgin and didn't give that away to the wrong person. Is it wierd that I like that? Well, that's just me. I think it just made Lenny that much more like able. And it made Luke that much respectable. It also makes Shane and Cody that much more despicable. The only thing I have to say did surprise me and put me off is I felt like Duke moved on really quickly. He professed his love then all the sudden one look at woman on the side of the road, and he was over her. I know that's not really how it went, and it's not like I wanted him heartbroken forever. I guess there is no one better for someone who's lost their love, than someone who's already experience that loss as well. Like I said before, you fall in love with all the characters. It's almost like you get each of their stories all in one big one. This truly was an awesome, amazing debut novel. I give it 5 hearts.