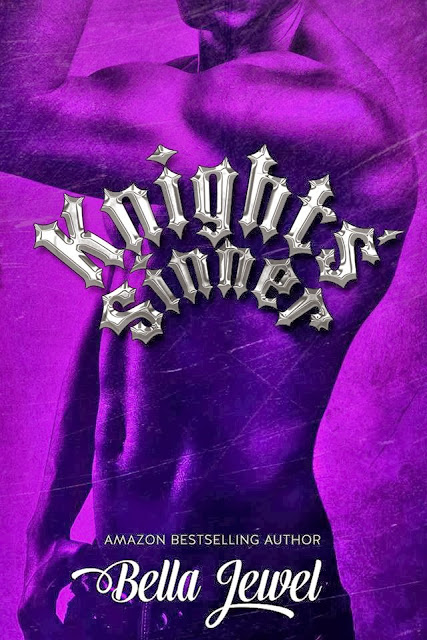 SYNOPSIS
Jackson is always considered the 'softie'. He's the first to help people out when they're in need. He's President of the Hell's Knights and is tired of being treated like a pushover. He wants to show the world how much of a sinner he can be.
Serenity has a dark past. Secrets haunt her and she has no way of escaping them. Hogan is the only family she knows and life with him is brutal. And it's about to get worse.
He sends her on a mission.
On a mission to destroy the Hell's Knights and the Heaven's Sinners.
Can she pretend with a club she doesn't know?

Or will she betray Hogan?

****TEASER*****
“You want the truth?” I rasp, arching up as his fingers slide down my belly.
“Always.”
“Right now, in this moment…I want you to fuck me.”
He lifts his head and raises his brows. “Fuck you?”
“Fuck me. Dirty. Raw. Primal. I want you to fuck me.”
“Jesus,” he growls.
“Now, Jackson.”
“Bossy pixie,” he grins, leaning down and finding my hard nipple again.
“Please…”
“Back to begging, you know I like that.”
I mewl, and grip his jeans, tugging at them.
“Hey,” he says, gripping my hands and moving them. “You want fucking, I’ll fuck you darlin’. I’ll fuck you so hard you will forget how to breathe, but we do it my way. You want it raw, I’ll give it to you raw. You want it primal, that’s how it comes. Fucking ain’t slow and passionate. It’s hard and sweaty. So, if you’re sure, I’m goin’ to fuck you right about now.”
I bite my lip, and nod. He grins, and drops his head, capturing my lips again and kissing me so hard it takes my breath away. His tongue is hard, sexy and forceful. His body is flush against mine, and I can feel every, hard bit of him. He kisses me until we’re in a frenzy, just the way fucking should be. He kisses me until I’m clinging to him, tugging at his jeans. He kisses me until my shirt is in shreds on the floor, and he’s spreading my legs, both of us desperate and panting.
I forget where I am. I forget who I am.

ABOUT THE AUTHOR
Bella Jewel is an Aussie girl through and through. She spent her life in Western Australia, growing up in many different areas of the state. She now currently lives in Perth with her husband, children and mass amounts of pets. She's crazy, fun, outgoing and friendly. Writing is her passion, she started at the young age of 18 but finally got the courage up to publish, and her first novel Hell's Knights will be released in August 2013. 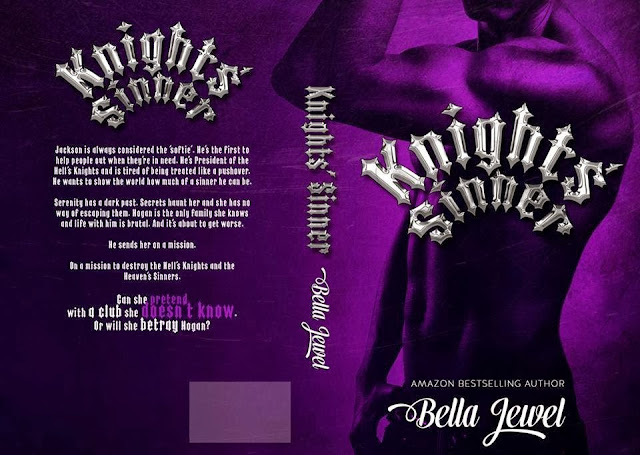 Dee's Review
I love MC books. I do. I love that dirty, rough, raw men can love so hard and be so kinky. And this book didn't disappoint on that end, but to me it seemed rushed. Something about it seemed rushed to me, I don't know why. Though it could totally be my reaction to the fact that this is the last book for now, in the series and I am totally heartbroken.

I know, huge ugly cry for me ensued after reading that little fact. Okay don't go getting your panties  in a bundle, I still enjoyed the hell out of this book. I enjoyed having the big bad MC president get lovesick and kind of sappy. And the sex... dear lord.

I need to say this. When the truth came out about Serenity, I was PISSED at Jackson for his reaction. I wanted to smack him upside his head and throw a shoe for follow up. I was so glad to see his boys didn't stand by idly either. Thank fuck for that. But yet, he still put her in danger and didn't even give a shit what Hogan was doing. His boys cared more and I was like WTF Jack's. Wtf.

What the hell else was she supposed to do. But then how he treats her, like their time together didn't matter... Like their feelings aren't there. I was livid! I wanted to throttle him!! To throttle all of them. What did they expect her to do. Thank god she was okay. Oh god but then the drama hits the fan. Kayla needs a STD rub down while you wear a hazmat suit.

Seriously she is so nasty! Jackson needs another shoe upside the head. And Serenity... I think she needs a padded cell. I don't know about her. She's just so all over the place mentally. I get why, but it's so much of a head trip to follow. I felt exhausted. I may have thoroughly enjoyed it, but still exhausted. I love that Serenity was able to end her nightmare and Spike's, I really really did. About time that man was able to get closure and move on. Thank god she could give it to him. Overall I really liked this book. Not as much as the first two, but still really liked it. I give this book 4 hearts. 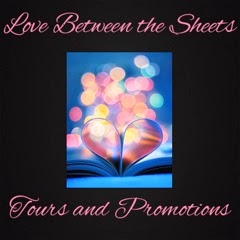