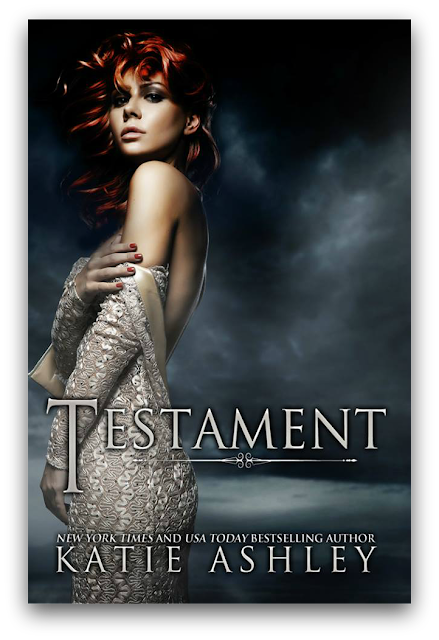 Five years ago, catastrophic earthquakes, massive floods, and violent storms caused the collapse of the global economy and a massive political upheaval. In a world thrown into chaos after The Great Fall, greedy CEO’s enforce the Golden Rule—whoever has the most gold, rules the land. Any hint of rebellion against the domineering government ends in either death or imprisonment.

Fiery and beautiful Cadence O’Bryant has trouble keeping silent against the new order, a trait that often lands her in trouble. Having lost her parents to rebellion, her life now is about survival. She despises the new order of life and wishes for time to turn back to when life held order, and love was a possibility, not an impossible dream. Her worst nightmare comes in the form of the Emperor’s decree—all young women are to compete in a competition of beauty, intelligence, and most of all obedience, for his son, Kellan’s, hand in marriage. Cadence fears not only to lose herself to the male dominated society that now prevails, but also that hers and her brother, Griffin’s, secret will be revealed, which would be a death sentence.

Determined and handsome Micah Greene harbors an even deeper secret than the fact he is in love with his best friend’s sister, Cadence. The secret is one his father died to protect, but it’s also one that unites him to Cadence and their cause. On the eve of their separation, Micah reveals his heart to Cadence. But is it too late? Is it possible he might lose the woman he loves to his nemesis, Kellan Quinn, the Emperor’s son.

Will Cadence be chosen by Kellan, or will she be able to choose her future? Will Kellan’s sexy good looks and promise of stability tempt Cadence to fall for the future Emperor and hurt her one true friend. Passion is burning, but for whom will it burn the brightest for?

As revolution brews in the province, love may need to take a back seat. Will Cadence have the option to love either man, or will she have to fight for everything she’s ever loved, including her freedom?

Later that night, I found myself tossing and turning in bed. Sleep became evasive as doubt and anxiety swallowed me whole. I knew there was only one thing that would soothe me. It was late and it was risky, but in the end, I knew I didn’t have much choice.

I pulled on a sweater over my gown and slipped on my shoes. Pausing outside Griff’s door, the rumbling of his snores filled my ears. I quietly padded down the hall and out the back door. The moonlight illuminated the back yard, but I could have found my way blindfolded.

Just at the edge of the woods, I knelt down in front of an apple tree. My hand felt along a gnarled root until I found just the right spot. My fingernails dug into the soft earth. I burrowed further and further into the dirt until half my arm was buried. I stopped digging when my fingers banged against a box. I reached inside the hole and pulled it out. The rusted Band-Aid tin didn’t look like any sort of treasure, but it held the contents of one of the few treasures of my past.

The tin lid popped open, and the beaded chain dropped out into my hand. The silver crucifix gleamed in the moonlight. My fingers feathered over the beads as the words formed on my lips, “Hail Mary, full of grace.”

I didn’t dare utter the words out-loud. They echoed in my mind as loud as if they came from a microphone. Sometimes, if I concentrated hard enough, I could hear my mother’s voice repeating the Hail Mary. The rosary had been given to me on my First Communion. Against all odds, my mother had hidden it when our house had been searched by the government. While the crucifix that hung over our door and the picture of the Last Supper were burned in the front yard, our rosaries had been carefully sewn into our coats and skirts. It was a subtle throwback to my mother’s days as a History Professor. She taught about how when Nicholas II of Russia was overthrown, his wife, the Tsarina Alexandra, had hid imperial jewels by sewing them into their clothes.

I didn’t know where Griff had hidden his. We had buried our parents with theirs—a final gesture of what they had stood for, and in the end, died for. The thought of them sent stinging tears to my eyes.

A twig snapped behind me, and I whirled around. The rosary fell from my hands. “M-Micah, what are you doing here?”

He glanced from the ground back to me. “I thought you might be out here.”

Without taking my eyes from his, I tried to slide the rosary with one of my feet into a pile of leaves. “And just why did you think that?” I asked, trying to keep his mind occupied.

“You don’t have to hide it from me, Cadence,” he murmured.

“The rosary. You’re a Believer.” There was no accusation in his voice or change in tone.

“Besides, I already knew.”

“I saw your tattoo.”

I gasped. “But how? I’ve always kept it hidden.”

Embarrassment filled Micah’s face. “I saw you swimming one night in the cove...just in your underwear.”

My tattoo burned on my shoulder as heat rose from my neck and filled my cheeks. “Y-you s-saw me?” Micah nodded. “I can’t believe it. How embarrassing!” I cried, burying my head in my hands. But then, white hot anger flashed through me, interrupting my mortification. “Wait a minute. What were you doing spying on me anyway?”

Micah held up his hands. “It was only that one time. It’s not like I stalk you or something. I just saw you coming out here and wondered what you were up to. Then, when I saw you…” His eyes took a serious edge. “I couldn’t look away.”

Words seemed to evaporate from my mind, rendering me speechless. I fumbled with the edge of my sweater—trying to pull it tighter around my sheer nightgown. Finally, I found my voice. “Why didn’t you report us?”

“You think I would do something like that?” he asked, his expression darkening.

I shrugged. “The bounty for a Believer is worth a fortune. If you’d turned us in, you and your mother would have been taken care of for life.”

“I would rather starve to death than gorge myself on the blood money of my friends!” he spat.

His anger pulsed through me, and I shook my head. “I’m sorry. It’s just I didn’t think Griff and I had anyone else who cared about us.”

“You shouldn’t even have to wonder why I wouldn’t turn you in.”

Without taking his eyes from mine, Micah whisked his shirt over his head. His broad chest gleamed in the moonlight. He grabbed my hand in his. “Are you crazy?” I demanded, jerking my hand away.

“Yeah, I have a good idea what you wanted, but I’ll be damned if I sleep with you just to keep our secret.”

His reaction was one hundred and eighty degrees different than what I expected. Laughter rolled through him. “Cadence, I wasn’t about to force myself on you.”

My brows furrowed. “But you admitted you watched me swim and you took off your shirt….” I argued feebly. In my mortification, I wanted to snatch up my rosary and begin praying for the ground to open up and save me from the embarrassment.

“I took off my shirt to show you this.” He took my hand in his and drew me close to him. His distinctive musky scent filled my nose, and it sent an unfamiliar tingle through me. Heat filled my cheeks at how close I was to him. I mean, I had stood close to him before. He had bandaged my hand today, for goodness sake. But this was different—there was an intimacy to this.

A scar burned a small crater into his back. Its raised edges were almost jagged while the top was smooth to the touch.

“That’s where my tattoo should be.”

Katie Ashley is the New York Times, USA Today, and Amazon Best-Selling author of The Proposition. She lives outside of Atlanta, Georgia with her two very spoiled dogs and one outnumbered cat. She has a slight obsession with Pinterest, The Golden Girls, Harry Potter, Shakespeare, Supernatural, Designing Women, and Scooby-Doo.

She spent 11 1/2 years educating the Youth of America aka teaching MS and HS English until she left to write full time in December 2012.