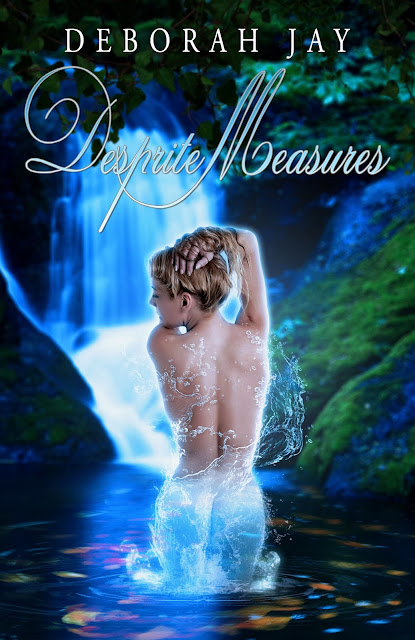 
On the surface she's a cute and feisty blonde, a slender pocket rocket fitness coach. But Cassiopeia Lake has a secret; she's really a force of nature – an elemental.

Water sprite, Cassie, has lived undisturbed in her native Scottish loch for eons. Now, one encounter too many with modern plumbing has driven her to live in human guise along with her selkie boyfriend, Euan. It’s all going fine - until a nerdy magician captures Cassie to be an unwilling component in his crazy dangerous experiment.

Escape is only Cassie’s first challenge.

She’s smitten by her fellow prisoner, the scorching hot fire elemental, Gloria. But how do you love someone you can never touch?

And what do you do when your boyfriend starts to hero-worship your persecutor? Not to mention that tricky situation of being the prize in a power contest between two rival covens of witches.

So when Gloria’s temper erupts and she sets out to murder the magician, can Cassie keep her loved ones safe from the cross-fire, or will she be sucked into the maelstrom of deadly desires and sink without trace?

Cassie learns the hard way that friendship depends on truth, and that love and lust are not the same. 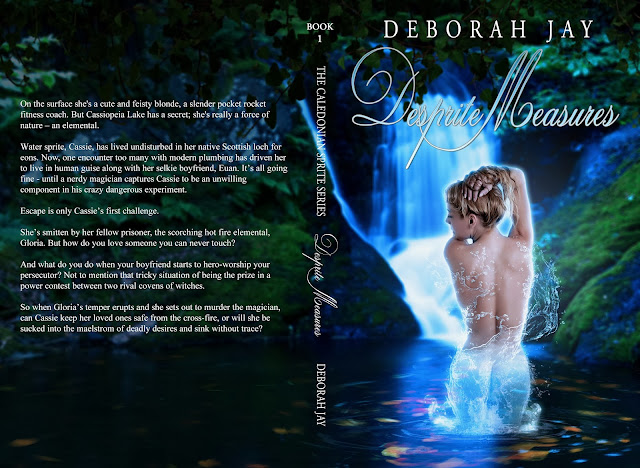 About The Author: Deborah Jay 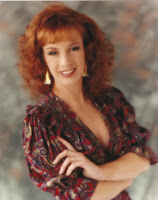 Living mostly on the UK South coast, she has already invested in her ultimate retirement plan – a farmhouse in the majestic, mystery-filled Scottish Highlands where she retreats to write when she can find the time.


She has a dream of a day job, riding, training and judging competition dressage horses and riders, and also writes books and magazine features on the subject under the name Debby Lush.

Her taste for the good things in life is kept in check by the expense of keeping too many horses, and her complete inability to cook.

A lifelong fan of science fiction and fantasy, she started writing her first novel aged eight, and has never stopped. Her debut novel, epic fantasy THE PRINCE’S MAN, first in a trilogy and winner of a UK Arts Board award, is now available from most ebook retailers, and her Urban Fantasy (first in a series), DESPRITE MEASURES, a tale of a Scottish water sprite trying to live as a human, is due out for the Christmas season.