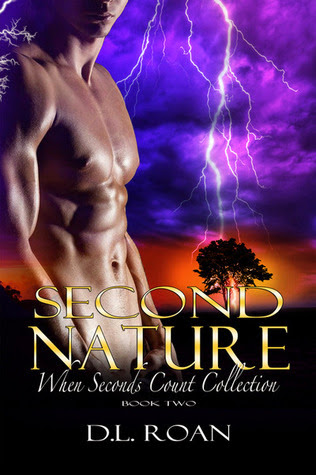 Grant Kendal has spent his life hunting the shadows of evil. He can feel it changing him; twisting him into the very thing he despises; a mindless killer.
Thalia Brezlin is a marked woman, hell-bent on revenge. She is haunted by the nightmares of her past. A past that lies in wait to destroy her. When she washes ashore Grant’s desolate island of exile, beaten, stabbed and clinging to life, their worlds collide.
Follow them across Africa, Madagascar and India into the underworld of human trafficking. Where innocence isn’t lost, it’s stolen.
Passion will rage, rules will be broken, lives will be shattered and the truth will be revealed. Survival is Second Nature. 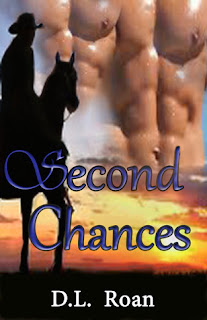 About the Author
D.L. Roan lives and writes in her "beautifully wild and southern" home state of Florida with her "perfectly flawed hero" husband and two 80lb lap dogs.
Completely addicted to the written word, she's had a brood of characters residing inside her imagination for as long as she could remember. Being able to bring them to life and let them out to play has been a life's dream fulfilled.
Romance has always been her favored genre. While erotica is her favored spicy flavor, she also enjoys paranormal fantasy and has been known to stalk the work of certain historical romance writers.
In addition to exorcizing her characters' lusts, D.L. enjoys scuba diving, fishing, and sitting by a bonfire on a starry night. She loves to hear from her fans so check her out on Facebook or send her a tweet.

He re-covered her bare leg and reached for the top of the sheet. Ignoring her wordless protests, he peeled down the white cotton sheet, sparing only a quick glance at her plump, bare breasts as he examined the cut over her ribs. “The good news is the swelling above your eye has gone down enough so that you no longer look like a science fiction experiment. The bad news is your leg is infected. You need a doctor.”
“No. No doctors. I can…”
“Yeah, I figured as much.” Grant watched her struggle against her bonds. She froze when he pressed his hand to her bare chest. “I said relax. Do you want me to untie you?”
Her eyes darted up to the cord around her wrists in another wordless plea. “Well, see, I only have one problem with that.” Grant smirked and pointed to the cut on his cheekbone. “Seems you have one hell of a right hook.”
At least she had the decency to look contrite as she studied his face. He knew it was an act. She would fight balls to the wall as soon as he released her. He counted on it, in fact. “That’s okay, I don’t need an apology. I know you didn’t mean it. You were pretty out of it last night.” He reached for the knot above her head but stilled, searching out her gaze. “You won’t do it again, will you?”
He almost laughed at the puppy dog eyes she gave him as she silently shook her head. Well, here goes the neighborhood. He took a little longer than necessary to work the knot free, watching as her muscles bunched and coiled. He could almost feel the energy rolling off her body as she prepared to strike. It was one of the things he missed about his job. Reading the people he was hunting, feeling the energy around him shift and move as the final fatal scene unfolded.
One last tug and the cord fell free. She pulled her hands down to her chest and calmly worked at the strands until they slid from her wrists. Almost teasingly, Grant shifted and turned his back to her. She certainly didn’t disappoint. Striking like a cobra, she jackknifed from the mattress, looping the cord over his head and wrapping it around his throat.
With a knee in his back, she pulled hard against the cord. Grant had to admit, he’d underestimated her strength a bit. The hand he’d slipped between his neck and the cord began to lose feeling as the cord cut into his palm. He was beginning to think twice about playing games with this chick. With a twist and a shove he was out of her snare and had his hands wrapped around both her wrists. He dodged her knee as she shoved it at his groin, but he couldn’t hold back the curse when she bit down on the back of his hand.
“Goddammit!” She was like a damn fossa mongoose; lean, mean, and quick as hell! Grunted curses filled the air as he hoisted her from the cot and then pushed her back into the mattress. No more games with the rabid carnivore. Her arms pinned beside her head, he straddled her hips and hooked his ankles over her shins to keep her from kneeing him in the back. “Enough,” he growled as he hovered above her.
Her nostrils flared as she dragged in a series of frantic breaths. Her skin, which had been so pale and gray, was now flushed pink with excitement. He watched as her silver eyes flared with heat, her pupils dilating to encompass the hypnotizing swirls of gray. Grant was astonished. Every misconception he’d had of her being a broken victim flew right out the window. Christ, she was playing him. And she was enjoying it every bit as much as he was.
His cock, hard and aching, pressed against her pelvis as the heat from her naked body washed over him. He was suddenly aware of her bare breasts pressed against his chest and found himself wishing he’d decided to go shirtless that morning. Her pink lips parted, her warm breath washing over him as their eyes locked. He fought hard against the need to kiss those lips, to slide his tongue into her hot, wet mouth and devour the taste of pure wildness that radiated from her soul. She didn’t need a snare to capture him. He felt himself being drawn in like a bee to an exotic wildflower.
His body warred with his mind as his head dipped a fraction closer. His instincts screamed for him to back away from the edge of the cliff. He knew what she was doing. It wouldn’t work, but damn if he wasn’t tempted to call her bluff.

There is a Tour wide Giveaway which includes: