Secret Maneuvers – Released – June 14, 2013
Re-released with new cover on September 23, 2013
Book Blurb:
Some mistakes from the past haunt us forever...
One 'dear John' letter haunts Bobby Baker's every living moment. It’s the letter he stupidly wrote to his high school sweetheart, Belle, right after he left to join the Army. The letter that he told her that he wasn't so sure if they were ready for forever yet. But before he can let her know that the letter, and his second thoughts, are nothing but a mistake, she up and disappears from the small Georgia town they were both raised in.
unless fate steps in with a second chance.
Fifteen years later, Belle unknowingly walks back into Bobby's life when her job as an ATF Agent forces her to work with a group of men secretly headed by the CIA to help her track down whoever is involved in funneling black market weapons to a drug cartel in Mexico.


Bobby will use this mission to try and soothe Belle's hurt feelings while proving to her that their love is still meant for forever. He'll use every dirty trick he's learned since he joined the Army to maneuver her back into his life for the long haul. But Belle's not making it easy as she keeps him at arm's length in the hopes that mistakes of her own never come to light. 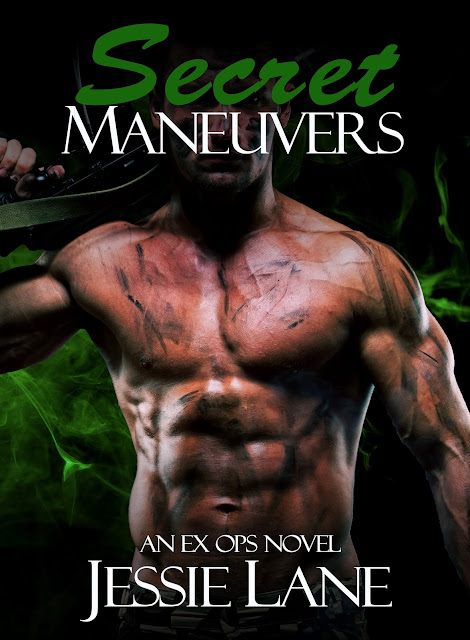 
If she didn’t stop flailing around like this, she was going to fall and hurt herself. “Stay still and calm down.”

Ignoring me, she continued waving her arms around. “Don’t you get it? We’ve been over for fifteen years!”

Her body tipped dangerously the other way and, for a second, I thought for sure she was going to go head first into the wall now, instead of the carpet. The thought of her accidentally hurting herself was driving me crazy. I ground out between my teeth, “Calm down and give me your attention, dammit.”

Instead of doing as I asked, she screeched, “What in the world do you think we need to talk about?”

I grabbed her by the hips to keep her from falling on her ass. The gesture clearly wasn’t appreciated since she started trying to pry my hands off her. Ignoring her attempts to remove me, I pulled her closer until we were only an inch apart and she had no choice except to look me in the face.

The pupils were dilated in those big, beautiful, green eyes of hers. She was panting and clearly more nervous than outraged. Most of all, she was vulnerable and doing her best to hide it. What she didn’t understand, yet, was that I had no intentions of hurting that vulnerable side of her. I wanted to do the exact opposite. I wanted to protect it and her, so that nothing could ever hurt her again the way I had.

“Do I have your attention now?”

“Good, now listen closely because this is important and I want to make sure that it penetrates somewhere through that thick skull of yours. We were never over, Belle, not as far as I’m concerned. Maybe on hold until I found you again, but never really over. I’ve been looking for you since the day you left Sylvania so I could tell you that I fucked up. I should have never sent you that letter.”

Belle’s breathing was ragged now. Eyes watery, threatening tears at any given second. Still, she didn’t say a word.

“Do you understand what I’m trying to tell you, baby? I’m trying to say I’m sorry. I was so fucking stupid and I will go to my grave regretting how badly I hurt you, but I didn’t just hurt you, I hurt us both. I’ve been walking around all these years in pain with what feels like these chunks of my soul missing. Moving through life with a heart that felt as if it wasn’t actually beating and how could it? It wasn’t possible because everything that was ever good about me was missing and it was missing because I didn’t have you.”

Moving on.. So Bobby and Annabelle. Seriously. Bobby. Enough Said. Man, that man is like a walking sex toy. Yes, I just said it. I can't help it.. he's so dreamy! *in my best 1950's impression*

I was a little put off by him and how 18 year old Bobby handled joining the army and being away from his Anabelle. Knowing what she was going through, and HOW he broke it off, I got pissed. Who does that? Well, Bobby did.

Then we jump forward to a chance encounter where they have to work together and my first thought was  'oh. shit'. But then my next thought was 'she better be all of that like white on rice.' Yeah, I know. But hello, he's all hot and buff and yummy. Leave it to Belle to give him the cold shoulder and be able to fight the attraction. I mean she is a ball buster now. I'm serious, legit ball buster. I'm kind of jealous. Anyway, when they were working together on the case I wasn't sure how things were gonna go. Then you meet Seth. Hell, then Bobby meets Seth. Again, my first thought, 'oh. shit.'

My next thought after their meeting was 'go Seth.' Way to raise a good young man Belle! I was proud. Is that weird? yeah, probably. I don't care. There were so many times during this book I found myself smiling, laughing (especially when Declan is around), fanning my face, just all out having a reaction to the story line. SO yeah, it's that good. I'm not going to mention Mexico. Though I will say, I so wish Declan vacuuming was really on YouTube. OMG.. I have a Declan crush. I will admit it. I love how in this book, you don't just love Bobby, Belle, and Seth, but you love all of them. You love the whole team, the way they interact, how they have each other's backs, the Sheriff. Everyone. You get sucked into the world of the joint task force. You feel for the situation that they are put in. You get pissed when he walks away. You swoon when he romances her. You cry when she cries. That's how good this book is. I highly highly suggest it. I give it 4.5 hearts. You really, really, really need to read this book. I can't wait for Riley's story, or Declan's. 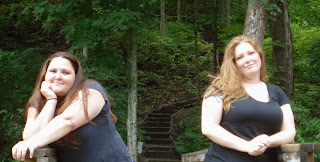 cliff hanging suspense, and out-of-this-world characters that demand your attention, or threaten to slap you around until you do pay attention to them. Because really, it is ALL about the characters. (They’re kind of megalomaniacs – but don’t tell them that we said that.)

Crystal lives in Kentucky with her husband, little 7 and 9 year old Rock Chicks in the making, and her Dad who likes to play the air guitar while listening to George Thorogood’s Bad To The Bone. Melissa just moved to Minnesota with her husband and giant furry Rottweiler baby named Yuffi. Crystal is now trying to talk Melissa into “polar bear” swimming in Lake Superior, but so far Melissa is adamantly telling her no.
Their first YA novel, The Burning Star, was released in May 2012. Big Bad Bite was their second novel, but their first adult paranormal romance, and released in January 2013. Their third book, Secret Maneuvers, released this past June, and will be the start of a new adult contemporary romance series (Ex Ops Series). They are now working on their next three novels, Walk On The Striped Side (Big Bad Bite Series #2), Stripping Her Defenses (Ex Ops Series #2) and The Frozen Star (YA Star Series #2).With these projects underway, they are looking forward to showing the rest of the world their crazy stories, heroes and heroines that often plague their minds until written, and hope you will join them on their journey!