Before I start I want to wish R.L Griffin a very happy birthday! I love this woman!!!! I mean seriously want to dry hump her leg. If you have no clue why I would have to say that you must not follow us on twitter, that is where our love first began to blossom.

She also gave me a very special announcement so at the end of this make sure you scroll all the way down for that. 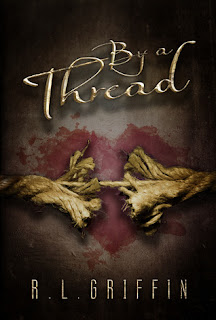 An explosion burst through her ears just as she turned to look at the door of the makeshift FBI field office. She didn’t even have time to shield her eyes. The force of the explosion knocked her out of her rolling chair and onto her back, where she lay stunned. After a few minutes, she glanced around the room, attempting to see what was going on in the office where just a short time ago she sat down at her computer for only the second time ever. The entire front of the office was gone. Searching frantically around the office, she couldn’t see the four agents who had been seated at their computers minutes ago. Three of the missing agents were from ATF. The other was a seasoned FBI agent assigned to clean up the mess created by the ATF in Montana. Three masked figures in dark clothes moved through the opening created by the blast. She rolled to her stomach and through the haze attempted to take inventory of her body parts. She put her hands under her shoulders, pushing herself up, and tried to stand. Everything seemed to be moving in slow motion. Suddenly, strong hands grasped her biceps, lifting her with ease.
“Whoa there, honey,” the broadest figure of the three yelled at her. The man had lifted her to her feet and was holding her firmly with her back pressed against his soft belly. She started to separate herself from him, to move toward the back door of the office. “Hey Jack, you ever seen a cop this hot before?” The man jabbed his gun into her back. “Where you going, sweet thing?”
Stella froze; she hadn’t heard the man, but she felt his gun. The man gripped her arm tightly and easily swung her around to face him. She was still taking stock of her body parts. Obviously she couldn’t hear. He slid his gloved palm down her face, his chest heaving up and down from exertion.
“Oooooweeee, you sure are a pretty thing,” he said while ripping the buttons off her button-down shirt, exposing her bra. “Hey Jack, come look at this.” Stella shifted away from the man’s hands.
The other two masked figures paid no attention to the man pawing at Stella, but she couldn’t really make out what the other men were doing. She was trying to put together what was happening and why anyone would bother bombing their makeshift field office. There was no money, and nothing to steal other than paperwork.
“Cat got your tongue, baby?” The man grabbed her chin hard, forcing Stella to look at him. She grimaced.
“She probably can’t hear, you idiot,” barked the man rummaging through the piles of blown-apart desks. “We don’t have time for you to play with her. Come on.”
The big man pushed Stella hard enough that she fell flat on her back, knocking the wind out of her. “It won’t take long, will it honey?” He got down on one knee and started unbuttoning Stella’s pants. Still in shock, Stella fought back, kicking him in the face with the heel of her boot. Rolling on her stomach, she started crawling, only to be pulled roughly back to the man. Flipping her over like she weighed no more than twenty pounds, he ripped the button off her pants.
A figure loomed behind him, the third man. “Dude, you’re kidding, right?”
“Just give me a few minutes.” The man was breathing heavy from fighting with Stella.
“No.” The third man pulled out his gun and shot her in the chest.
Her eyes locked on the third man, her mind reeling. She’d know those eyes anywhere. Her thoughts didn’t fully form as her world went white. Pain shot through her chest and then her head. Then everything went black.

Sometimes its hard to read a friends book and be totes honest because you have built a friendship right? unless you are me. I am honest so with that said I want to tell RL WTF??? like seriously WTF??
lets see if I can better explain this to you all ok.

1. This book took me and turned me upside down, then it grabbed me by shoulders shook the shit out of me, next it slapped me in my face, finally it set me down and gave a little bit of love but not too much.

2. What did I expect? Well fuck not all this I think my emotions were and are still on overdrive.

3. then you want to know what she did to me????? She gave me all the shit I look for in a book. Yeah you all know me well enough to know what I am talking about right??? The angst, the drama, the passion, the men, the main character is a BAD ASS BITCH!!! yup and what do you have?

Now you are all probably like Sandie WTF are you even talking about this review makes no damn sense! LMAO well I had to let out all my emotions because feelings suck. They can do a number on you. That is
precisely what this damn book did to me. It grabbed me from the beginning I mean seriously RL to start a book like that I didn't know if I wanted to run and hide or throw my kindle cuz I just knew this was going to take me on a whirlwind.

Stella is a bad ass chick and I was so excited I hate with a passion whiney needy chicks that can't so shit for themselves. I mean it works in some cases but seriously no. Take notes ppl take notes Rl made her and I have to say one of the best main women characters I have seen in a looong time. You know life is about tragedy and this chick has that too. So I guess this is when it becomes apparent if she will be a survivor or giver upper <-- (yes I made that up). She is a survivor, I hear Destiny's child singing that song survivor while I am typing this up. 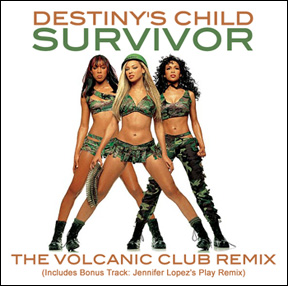 Another thing I love is great banter you know the kind where I am laughing and snort laughed and then would yell HAHA! yup yup!! all that is in this book. There are so many twists to the plot that I was a bit miffed that I kept seeing shit one way and it was sooooo not that way at all. HELLOO I think my sensor is off or something or these authors have caught on and are now making me pay dearly for earlier comments about knowing how things end.

By the end of this book with my emothions everywhere I didn't think I could handle anymore. Yeah well she's mean and guess what? yup I have to wait for book 2 MEAN right??!!

I mean that in the nicest way possible too RL really I do!
I am sorry this review was all over the place but its really hard to tie down my emotions.

You are all probably wondering if I am on crack, drunk, coke, Dr.Pepper LOL well I think i might be all of those combined but no sorry no drugs were involved, drinks maybe but defo no drugs. This review is actually a good one, I enjoyed this damn book so much that I think I am going to harass this author forever. She is #hoefficially one of my top 10 Authors. That is how extraordinary this book is. To be able to capture and enthrall me the ENTIRE way through is no easy feat. But she did it and then she slapped me, and punched me and I loved every single minute of it! So for that RL for that I applaud you and give you 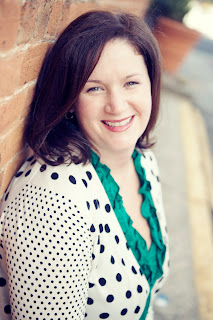 R.L. resides in the Atlanta area with her husband, son and two dogs. She was born and raised in the South. She attended Georgia Southern University and moved to Washington, D.C. to intern in the United States Senate during the impeachment trial. Falling in love with the city, she went to law school at American University, Washington College of Law. By a Thread is R.L.’s second book, but is the first in a series of books.

Website//Twitter//Goodreads//Facebook
**RL wanted me to let you all know that SURPRISE there will be a 3rd book in this series!!!**

a Rafflecopter giveaway
Posted by Unknown at 10:47 AM