GIRL WITH A GUITAR 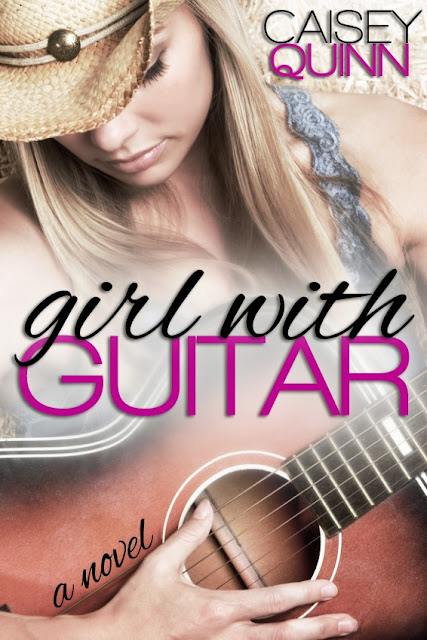 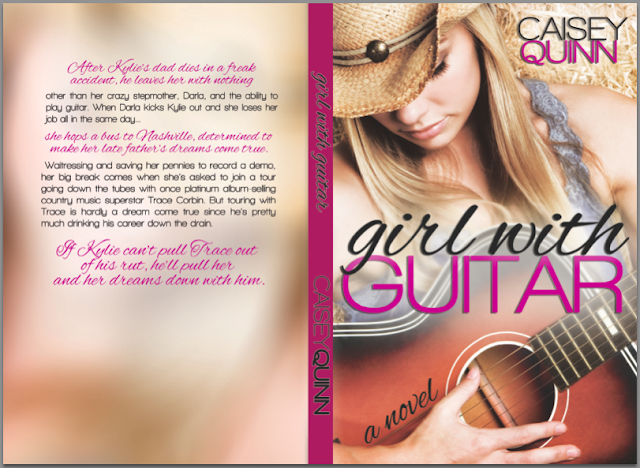 SYNOPSIS
After Kylie’s dad dies in a freak accident, he leaves her with nothing other than her crazy stepmother, Darla, and the ability to play guitar. When Darla kicks Kylie out and she loses her job all in the same day, she hops a bus to Nashville determined to make her late father’s dreams come true. Waitressing and saving her pennies to record a demo, her big break comes when she’s asked to join a tour going down the tubes with once platinum album-selling country music superstar Trace Corbin. But touring with Trace is hardly a dream come true since he’s pretty much drinking his career down the drain. If Kylie can’t pull Trace out of his rut, he’ll pull her and her dreams down with him.

Girl with Guitar on Goodreads


“Evenin’ y’all,” Kylie drawled into the microphone. “I had a song I was gonna sing and then my friend Tonya, she might be your waitress, she told me it sucked—so I guess I’m just gonna play this here guitar and see where it takes us.” She grinned at the audience and then leaned closer to the mic once more. “Oh, and I go right back to serving after this, so if you don’t clap when I’m finished, I can’t be held responsible for what might happen to your drink between the bar and your table.” Kylie winked and strummed a few cords. “Okay, here we go.”
Laughter? Did she hear laughter? She thought she did.
I know you wanna tie me down, know you wanna put a ring on it, but I ain’t never been that kinda girl, not for all the money in the world.
Kylie launched into her modified version of Trace Corbin’s latest hit, Not That Kinda Man.  It was the famous bachelor’s latest lovin’ and leavin’ single and she was attempting to turn the thing on its ear. He’d written and sang it as a sad break up ballad and Kylie had remixed and reworked it into the single girl’s party anthem.
You wanna own me but you don’t know me. Guess what darlin’? When you wake up I’ll be gone.
Kylie flashed her sexiest grin and wiggled a little at the crowd. Then she shouted, “Sing it with me girls!” into the mic and picked up the tempo, launching into the chorus.
Several waitresses, Tonya included, stopped what they were doing to sing along. Not that Kylie could really see them, but the girls in the crowd joined in too. She sang to the guitar player, whose name she was pretty sure was Andy, and he played right along, smiling and winking at her the whole time. Well I’m not that kinda girl, don’t wanna play these games, not gonna wake up in your bed or take your name. She gave Andy a playful smack on the ass and he blew her a kiss. Shrieking whistles radiated from the audience.
The music hummed and pulsed against her and somewhere in Kylie’s mind a little voice said, Holy shit you’re doing it!
When the number was over, she practically flew off the stage, painfully aware of the pounding in her chest. Oh well, if I have a heart attack and die right this moment, I’ll die happy. The applause was loud enough to be heard over the ringing in her ears and she wanted it more than oxygen.
Clive was leaning on the bar, shaking his head but smiling. Tonya shot her two thumbs up. Kylie let out a little squeal of happiness and sent a silent thank you up to her daddy, feeling certain she was higher than any drug could ever take her.
She would let Tonya go home early tonight and do the rooms herself. She had enough energy to clean ten green rooms. When she told Tonya that, the woman hugged her. Hard. “You knocked ‘em dead, girl! That was amazing!”
“Yeah, well, I got some really good advice,” Kylie told her, unable to keep the permagrin off her face.
The next act stepped out of the shadows and took the stage. Kylie heard a deep male voice with a sexy southern drawl say, “Damn. Just my luck to have to follow that.”
The audience was still shrieking and screaming and Kylie knew she’d done well, but seriously?
“I apologize for standing y’all up a few weeks ago. Musta got my dates mixed up. Probably time to fire that manager of mine,” the handsome man on stage drawled.
Who was this guy? Whoever he was, the women in the audience were going crazy over him.
“Well, since that good looking waitress stole my number, guess I’ll have to sing something else. Where is that girl anyways?”
Oh God. Oh God, please no. Kylie’s heart sank and her high evaporated instantly. She turned to face the man on stage. Trace freaking Corbin was standing there with a guitar in one hand and the other to his eyes, scanning the crowd for…her.

AUTHOR BIO:
Caisey Quinn is a wearer of cowgirl boots, writer and avid reader of New Adult romance, lover of wine, and is addicted to chai tea lattes. She’s the brand spanking new author of soon to be released books including Girl with Guitar and Keep Me Still. (Which may or may not include spanking).
Caisey lives in Birmingham, Alabama with her husband, daughter, and other assorted animals. Girl with Guitar is her first novel.