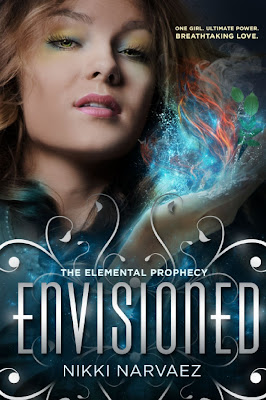 The fires surrounding me were blazing – I felt as though my skin was melting from the heat of the flames. The towering buildings in this foreign city were reduced to a pile of steaming cinder and rubble. I stood there immobilized by the destruction around me, powerless to stop it. Horrific winged beasts circled around me in the black sky, like vultures searching for their next meal. In the distance, I could see giants as tall as mountains roaming the city, leaving more destruction in their wake. Somehow, all of that wasn't as unsettling as when I saw him - those startling eyes, glowing like embers, burning into me with a look of desperation that I still could not comprehend. Why did he stare at me like I was his salvation? Why did he elicit feelings of longing in me like no other? Talons gripped at his shoulders, causing him to thrash and reach in my direction. They dragged him away into the blackness of the night, and his screams penetrated me to my soul.
I woke up to the sounds of my own screaming, my unruly hair plastered to my skull by sweat, and my body racking in sobs at my lack of control. It felt like a memory given the vast number of times I had dreamt this exact scenario; I had been dreaming it for as long as I could remember. What did these dreams mean? Even though they were impossible, their constant recurrence had to signify something. Who was this man, and why did he arouse feelings in me that no other guy had come close to, even though we hadn't even met? I didn't even know if he existed, yet something deep down in my being screamed that he did. A part of me chastised myself for thinking something so ridiculous – it was just a dream; he wasn't real. Even still, another part hoped that he was real, and that one day, I would be able to give him what he so desperately pleaded for.

Paranormal oh yeah! I know you are all probably like WTF again Sandie?? LOL well I do like it A LOT.

First thing that caught my attention was the cover. Yes, I like covers and I know you should never judge a book by its cover yada yada, well I am not afraid to admit I do! I mean I will still read it anyways let me focus, I could write a whole post on this.

In this book we have Brielle who has these horrible nightmares, she is turning 18 and her best friend Kimber just wants to show her a good time. They live on Avalon Island or for us mainlanders that is Catalina Island. 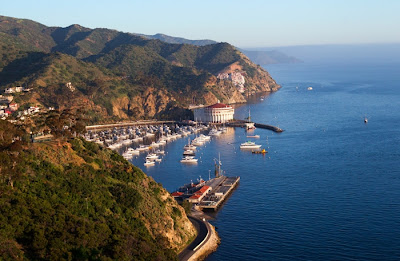 Well her parents keep a HUGE secret from Brielle. Due to this secret she is not allowed off the island. Well you know teens they never listen. So in her nightmares she sees one guy that she wishes were real. The night of her 18th bday Kimber takes Brielle to Long Beach to a club were hot ass UFC fighter Jace Vasquez just so happens to be.

"I wanted to walk over there and pull them off of him by
their hair, yet I stood there frozen. I felt just like in my dream,
shocked and unsure of what to do. Do I go talk to him? What
would I say? Hey, I've been dreaming of you for as long as I
can remember. Yeah, right – he would think I was some
lunatic."

Lo and behold Bri sees Jace and she is in shock he is the guy from her dreams. Well this is where it gets interesting. He sees her and she is his 'twin flame'
WTF is that you ask....Well hmmmm if you have read the Significance series its almost like that. So Brie leans what she truly is. She is the one the prophecies spoke of, she was born to help mankind.
Yup and she turns pretty badass. As the story evolves there is more surprises....parents having extra kids...attempted kidnappings you know all the good stuff that keeps you interested oh and some of this

pretty hot right? as we continue We see so much more and oh goodness I was enthralled!
I thouhly enjoyed this book and can not wait to see what the next book has to offer.
Also OMG when I first started reading this I ran to my window
and was like is Nikki watching me?

The way Brielle speaks and acts is sooooo me!!! no joke check this out...

“I think someone slipped all of you some drugs because
you're all trippin'! What the fuck is going on?! How did I just
do that?!” I angrily questioned

"I blushed at the memory of Jace and I kissing, the warmth and electricity running though my veins was so

Seeee I told you!!! I loved Kimber and Bries interactions I was laughing until I was crying in some points thinking of me and some of my true friends.
all in all I rated this book: 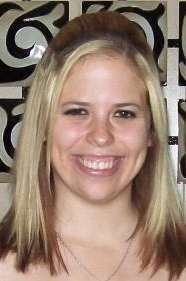 My name is Nikki Narvaez. I was born and raised in San Antonio, TX, where I currently live with my husband, our two dogs, Bella and Oreo, and our cat, Cupcake. I have been teaching for four years, but I hope to become a full-time writer and stay at home mom one day. I am 26 years old, and have three older sisters who have blessed me with four nephews and one niece. In my free time, I love to write and play Texas Hold 'Em poker.
https://www.facebook.com/TheElementalProphecy

Where to buy:
Amazon//Barnes and Noble

a Rafflecopter giveaway
Posted by Unknown at 10:48 AM