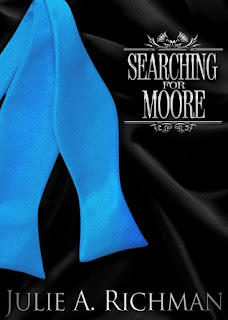 Attended by reality TV star wannabes and Southern California social climbers, Schooner Moore knows the party his wife is throwing for his forty-third birthday has little to do with him and everything to do with her social standing in Orange County. The evening turns out to hold more surprises than just his wife's Botoxed friends groping at his privates, when a conversation with his old college roommate, Beau, reveals the biggest surprise of the night.

Beau has had contact on Facebook with Mia Silver. Just hearing her name sends Schooner into a tailspin, as he is now just a Friend Request away from the one who got away when she disappeared without a goodbye, leaving him wondering why she left.
A serial failure at romance, Manhattan boutique ad agency owner, Mia, gets a blindside of her own when a Facebook Friend Request from first love, Schooner, appears in her email. Going with her gut reaction, Mia hits accept, propelling her past to catch up with her in a New York minute, as a forceful Schooner is determined to understand what tore them apart and to explore the possibility of a second chance at love.

From a 1980's Southern California college campus and a devastating first love to present day New York City, Searching for Moore explores how technology has eradicated the divide between our past and our present, and asks whether you would give up everything to reconnect with The One in a single keystroke?

Mia Silver took in everything as she crossed The Quad toward Brewster Hall where she was to meet her parents for the next freshman orientation session.  The Spanish mission-style architecture of the dormitories that was so foreign to her northeastern upbringing, the majestic bell tower of the university chapel painted as a foreground to the alluring mountain range that begged for her exploration, the other freshman trying to find their way to the next session on their personalized orientation schedules.  Mia Silver keenly took it all in.
The one thing in this brand new and foreign environment that struck her as the absolute oddest was that of the clothing of her fellow female classmates - they were all in dresses. Mia didn't own a dress.  She didn't think any of the girls she went to high school with back in New York owned dresses either.  As a matter of fact, when she shopped for her college wardrobe, she bought a few new pairs of faded boot-cut jeans, some new tee-shirts and a new pair of clogs. A dress was not even on her radar screen and now she was literally the only co-ed in the freshman class not wearing a dress.  What was that about? And then there were the dresses themselves - did these California girls know nothing of fashion?  Sheesh.  Pastel gingham maxi-dresses.  Seriously? Did somebody raid a prop shop?
She saw her parents up ahead talking with some people and quickened her pace up the walkway to what she assumed was Brewster Hall.  Her father was talking to a very attractive, tall couple.  They had classic WASP good looks - definitely part of the country club set, Mia thought.  The man was in khakis, a blue blazer, and a white Izod golf shirt, the woman, a pale blue linen shift dress.  Her mom appeared to be engrossed in a conversation with a tall blonde guy.  His back was to her.
"There's Mia," she heard her dad announce, as he spied her coming up the path toward them.
Everyone turned to her,  including the guy with her mom.  She hoped that she was far enough away that the small gasp that escaped her throat was inaudible to them.  Even from a distance, she could tell that his translucent eyes were the color of the sky on a clear spring day, and they were smiling at her, although his lips were only curled into a half smile, as if he were more perplexed than happy.
Mia thought that she'd never seen a guy so perfect looking and so handsome - New York boys didn't look like this - not even at the top prep schools.  If she could create the perfect California boy - this was him, standing before her.  She could feel the smile on her face growing as she neared and his smile was beginning to mirror hers and mirror the smile in his eyes. Inexplicably, Mia felt like she was looking at her best friend, yet this beautiful boy was a complete stranger.  Why did it feel like she knew him forever?  Why did it feel like they could run wild together?  She could almost see their laughter.
"Hey," it was out of her mouth before she could even think.  So much for acting cool, she self-chastised.
"Hey," he was smiling back at her, head slightly cocked to the side as if he was still trying to figure something out.
Their eyes met, just for an instant, his narrowing, as if they were asking her a question.  She wasn't sure what the question was.  But she was sure her answer was, "let's."  She could see the response in his eyes, like he wanted to say, "Yeah, let's," but she wasn't sure he knew how.
"Honey, meet Mr. and Mrs. Moore and Schooner,"  her dad offered.  Schooner.  Maybe they weren't country club. Maybe they were yacht club.  Clearly, someone was a boat lover. Schooner ... what an interesting name.  But it fit him - this tall blonde god.  He could pull off the name Schooner.  Hell, looking like that, he could pull off anything he wanted, including my pants, thought Mia. 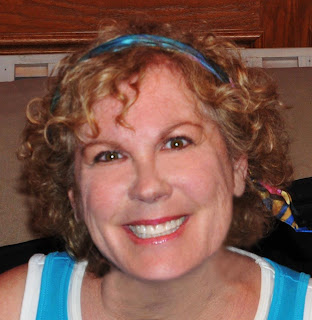 Author Julie A. Richman is a native New Yorker living deep in the heart of Texas.  A creative writing major in college, reading and writing fiction has always been a passion.  Julie began her corporate career in publishing in NYC and writing played a major role throughout her career as she created and wrote marketing, advertising, direct mail and fundraising materials for Fortune 500 corporations, advertising agencies and non-profit organizations.  She is an award winning nature photographer plagued with insatiable wanderlust.  Julie and her husband have one son and a white German Shepherd named Juneau.


Where to buy links:


a Rafflecopter giveaway
Posted by Unknown at 6:17 AM