Review of Rebound by Nikki Mathis Thompson AND eBook Giveaway

Katrine MacNamara was defined by two roles--wife and mother.
When one of those roles is suddenly stripped from her, she is forced to re-evaluate her place in the world. She needs to get her life back on track, a life of her own.
What are the next logical steps, as a newly single 35 year old woman?
1. Put the kibosh on crying sessions in the fetal position.
2. Start using maiden name.
3. Jump start her non-existent career.
The last item is the tricky one. She is determined to stand on her own two feet without her ex's money. But since she has spent the last decade at home raising her son, her moth eaten resume has been collecting dust.
When Katrine lands a high profile assignment for the summer. Although short term, the experience would add some much needed prestige to her anemic resume.
She is eager to rise to challenge. Little does she know that part of the challenge would be her new boss.
During a night full of laughs and margaritas, her friends urge her to get back out into the dating scene. A rebound fling is just what she needs to get her feet wet.
Katrine is leery to say the least and is not sure is she is ready. She wonders if a man even fits into her new life. Not to mention the fact that being naked in front of someone new was beyond petrifying.
But when a man from the past enters her life and as she grows closer to her new boss, she is forced to re-evaluate the whole fling concept.
Does she go for casual or does she commit? Can she even do casual? She always listens to her heart, maybe it was time to start listening to other parts of her anatomy.
As she navigates her new single life she has to decide what defines her. And with help from her nutty sister, hilarious friends and plethora of fermented grapes— she just might find that she is willing to forgo lust and even love, if it means compromising her new found identity. 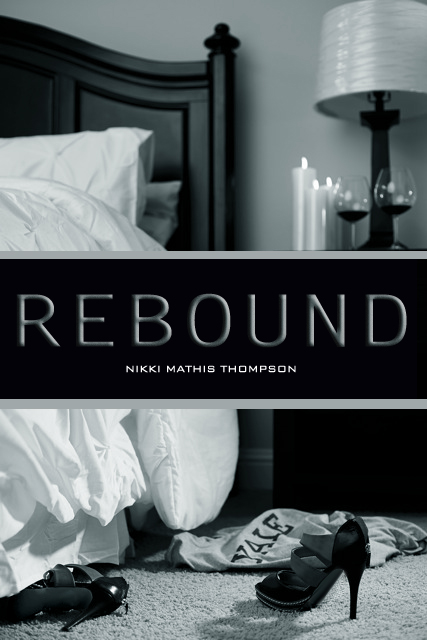 Dee’s Review:
Okay, let me get a few small details out of the way before I tell you about how I liked this book. It is very detailed, so it may move a little slow at times. That being said, I love those dang details. In the beginning, right away I hated her husband. Who wouldn’t? What a major jerkface. I also would have toe punted him if it was me..

but more power to her for keeping her dignity about her.  That being said. I had to laugh at what her friends suggested. It falls in line with that saying “best way to get over one man is under a new one”. What PERVERTS! Oh, how I love their train of thought. My kind of girls. This is where the book gets interesting. The whole boss fantasy, who doesn’t have that?!?! Well Katrine gets to test it out. And boy does she test it out. FREAKING HOT. Once you start to see Xander as a person, you can’t help but love him. He’s amazing to her, and her son. HELLO- HER SON!

But then… there may be a little drama when it comes to the ex-husband. What, again, a jerkface to introduce her to Katrine. Again, TOE PUNT. Then there is the drama with Ian. Lord have mercy..Drama everywhere.  But there is also love everywhere. When the time for their “relationship” to end rolls around... I'm going to stop here so I don't give you a spoiler.. Okay.. ummm... change of direction. Okay, MAJOR DRAMA.. yeah... I think they are uber cute together. In the office. Outside of the office.
So, I know you’re wondering what happens ? The book ends. Yup, simple as that. I seriously almost threw my kindle out the window. THE BOOK ENDS! Ugh!

Either way, I give this book 4 hearts. Enjoy it!

You can buy Rebound at Amazon or B&N

About the Author, Nikki: 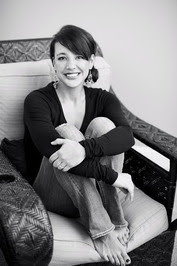 Nikki Mathis Thompson spent her formative years singing, dancing and creating her own world of make-believe. From an early age she developed a love of reading that has grown exponentially to near addiction. She has a business degree from the University of Texas at Dallas. Her degree looks great in the frame, but hasn't been utilized in years. She gladly left the cubicle life behind to raise her daughter and a son was added to the mix some years later. You can find her devouring a book while drinking a glass of wine, doing her part to save the planet or lip-synching to her favorite songs while running through her suburb. She lives outside of Dallas with her family. Rebound is her first novel.

Now.. about that giveaway… Enter to win an Ebook copy of Rebound!

a Rafflecopter giveaway
Posted by Unknown at 8:07 PM