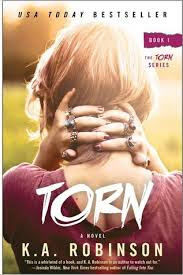 Chloe hasn't had the best life. With a mother who is gone more often than not, she has had to raise herself. After graduating high school, she leaves to start a new life away at West Virginia University with her best friends Amber and Logan, determined to leave her demons in the past.

On her first day, she meets a stranger who takes her breath away at first sight. Until she met Drake, no one had ever sparked her interest. Now this tattooed and pierced bad boy is all she can think about, no matter how hard she fights it.

Falling for Drake was never part of her plans, but when it happens, things seem to do anything but fall into place.

Dealing with a tragic past, Drake has never cared about anyone else but himself and his band. But when Chloe takes the empty seat next to him in class, things start to change. Instantly drawn to her, he begins to wonder if one girl can take a cold hearted womanizer and change every part of him?

Long hidden feelings are revealed and friendships tested to the brink.


****SANDIE'S REVIEW****
I love when I find a book that I was not expecting to fall in love with.  I had heard some good things about this book but, well I am kind of skeptic because lets face it there are a lot of books out that all seem the same. Same plot line, similar character descriptions, yada yada yada. So I was impressed and admired the way KA Robinson wrote these characters. I mean ok yeah there is a hot tattooed and pierced guy who is a musician but I really like hot tattooed and pierced musicians LMAO.

Chloe the main character is smart, funny and has a past that makes you cringe. Her only saving grace was her two best friends Amber and Logan. I connected well with Chloe I got where she was coming from and why she felt the need to run away from her mom and never look back. As her story develops and unfolds you find the reasons she stays far from her past. I do not fault her and understand completely. I think there was a few times I cringed when she did talk about her past.
Drake...

Yes, this is exactly how I reacted to this character, my eyes turned into hearts (true story) LOL. I LOVE Drake. I love the way he tried hard to stay away from Chloe thinking he wasn't good enough for her. I loved the way he took care of Chloe when she needed it, and at times when she didn't even know he was. I loved that he made songs for her. I just loved him period. He turned his old ways around for her, even though they weren't even together. Ok that is all you get people, cuz if I go further you all know....well wait you don't know but yeah spoilers will happen and THAT I.WILL.NOT.DO!!!! let's just say that he reminds me a bit of Kellan Kyle you know except for the whole he goes to school, he has tattoos and piercings. I meant the singing and the band and the way he loves Chloe from afar. Even though there is one scene that I was like about to cry. I was like OMG OMG

my hubby was sitting next to me and was like...

to which I responded with.....

even though a few tears escaped my eyes, then he did this....

and then asked why I was crying and I said I am not my eyes are just glistening and watered over, and then proceeded to tell him about the scene and he looked at me like I was crazy. I mean WTF he asked why do I get the crazy looks, he should know by now gah!
Anyways, so there is also another guy in the picture, Logan. Hmmmm now this is kind of tricky because I like this guy. He is Chloe's BFF and has been there for her since high school. He knows her well. Chloe never knew or maybe just never thought about Logan in a romantic way, but yeah dude has it bad for her. This is where I am like HOLY CRAP K.A.!! Why couldn't you just give me one hot guy why did you have to throw in a guy who is like perfect. He is sweet and caring, and adorable and well perfect?!

but no, no I will never be indickcisive. I was rooting for Drake, even though I liked Logan.

Overall I liked the book, the way it flowed. The main characters and the seconary characters. Oh and there is drama....I may not be indickcisive but Chloe sure is. Man I was like OH SHIZZLE did that happen, Oh girl you better not, she did WHAT!? Then there was even MORE drama and I was further sucked in and I was like OH SHIT CHLOE WHAT ARE YOU THINKING NOOOOOOOO....and it gets well worse. Lets just say you really need to read this book, to understand the crazyness of the phrases I'm throwing out.
Now the ending.....WHAT THE HOLY CRAP BALLS MAN!!!!???? I was like in shock and kept trying to swipe to the next page and NOOOOOO it ended like that?!! seriously!! Really??!!! I gave this book

4.5/5 hearts.....Darn you K.A. and that ending
now I am off to get Twisted because I have to know what happens next. Stay tuned peeps....better yet go get and read this book and be upset and cry with me :) 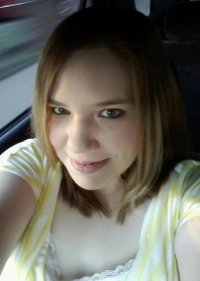 K.A. Robinson is from a small town in West Virginia. She still lives there today with her crazy two year old son and husband of four years.

When she isn't writing, she loves to read and constantly has her nose buried in her Kindle, much to her husband's annoyance. Her favorites are usually something about dystopian societies or hot rock stars with tattoos.

She can't cook to save her life, and is a firm believer in frozen pizza. Her addictions include Diet Pepsi, Starbucks, and Cocoa Pebbles, as well as an addiction to all things tattooed.

Her debut novel, Torn, was released for Amazon Kindle and Barnes and Noble Nook on January 25th, 2013, and was on Amazon's Kindle Top 100 for a month.
Twisted, the second book of the Torn series, was released at the end of March 2013.