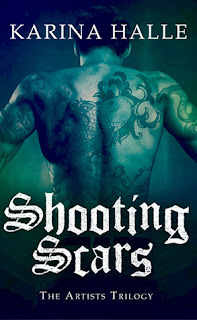 Sometimes the right choice can be the deadliest.

When Ellie Watt made the ultimate sacrifice for Camden McQueen, she never thought it would be easy. But walking away with her ex-lover, Javier Bernal, in order to ensure Camden’s safety has brought a whole new set of dangers. With Javier’s plans for Ellie growing more secretive by the moment, Ellie must find a way to stay ahead of the game before her past swallows her whole.

Meanwhile, Camden’s new life is short-lived. Fueled by revenge and pursued by authorities, he teams up with an unlikely partner in order to save Ellie. But as Camden toes the line between love and retribution, he realizes that in order to get back the woman he loves, he may have to lose himself in the process. He might just turn into the very man he’s hunting.

Told in dual POV from Camden and Ellie.

My blogger friends told me about this book, well the first book in the series Sins and Needles. I live in the Palm Springs area and I get sooo excited when authors write about the Coachella Valley or anywhere close to here. When I read the first book I was thrust into a whirlwind of greatness. The Novella is just WOW and Shooting Scars is AMAZEBALLS!!!

Let me just say this I get scared with book #2 or #3 because lets just face it sometimes some books do not need a series, sometimes the second book just sucks. This book is not that, this book was beyond my expectations. I am in awe of Karina Halle.

The way the characters are written, they come to life in my head. Certain points of the book I was like OMG NO...then HOLY SHIT...I would get anxious, but could not put the book down. Man I think I was going into emotion overload.

The characters HOLY MOTHER FUCKING SHIT!!! I love when I get to read about amazing characters that build and build. Like an orgasm, yeah that is how I would describe the characters they build and build until you are CUMpletely satisfied but you want to go another round because in actuality you really weren't/aren't ready for it to end.

I like Ellie, I think she is strong and brave. She is far from perfect and has delt with a lot of stuff. I could see and understand why she did many of the things she did. Was I happy?? Hell No but I got it.

I fell for him in the first book. He is a tatted up hottie with piercings enough said! Well no, not really he is just an amazing guy that loves Ellie and it shows. He will go to any lengths to find Ellie. He is not perfect either he has his flaws but he's perfect to me. I fell even harder for him in this book if it is even possible.

Javier, oh Lawd! I wanted to not like him, I wanted to hate him, I wanted to be like NO NO JAVIER NO BUENO. That almost happened but how could I resist this guy? Charismatic, sexy, irresistible, powerful and just lust worthy. I seriously tried to be resist him sadly I couldn't. I think its all the trickery. My mind and heart and lets face it even my panties were cuntfuzzled!

I fucking love the shit out of this series! It is intense, story moved along well. There are no holes and shit comes out when you least expect it. (I love that). It kept me on my toes and I seriously was about to have a panic attack a few times. There is a book 3, and I can not wait for it to come out!! Now don't get all "I thought you were over series" Well, when an author does it right and you get so sucked in that you don't know which way is up then that series deserves to be read and cherished. That is this series.
I gave this book 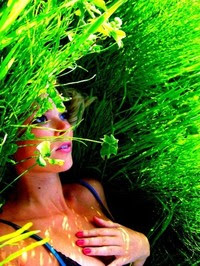 The daughter of a Norwegian Viking and a Finnish Moomin, Karina Halle grew up in Vancouver, Canada with trolls and eternal darkness on the brain. This soon turned into a love of all things that go bump in the night and a rather sadistic appreciation for freaking people out. Like many of the flawed characters she writes, Karina never knew where to find herself and has dabbled in acting, make-up artistry, film production, screenwriting, photography, travel writing and music journalism. She eventually found herself in the pages of the very novels she wrote (if only she had looked there to begin with).
Karina holds a screenwriting degree from Vancouver Film School and a Bachelor of Journalism from TRU. Her travel writing, music reviews/interviews and photography have appeared in publications such as Consequence of Sound, Mxdwn and GoNomad Travel Guides. She currently lives on an island on the coast of British Columbia where she's preparing for the zombie apocalypse with her fiance and rescue pup.