Beneath Your Beautiful Blog Tour

Beneath Your Beautiful
Author: Tamsyn Bester

Blurb:
On the outside, Huntley Morgan is your typical girl-next-door, with her long blonde hair and piercing blue eyes, and that’s exactly what she wants people to see. Her name exposes her to the demons of her past but remembering her reason for moving across the country to start over is what keeps her alive. For the first time since the brutal murder of her mother, Huntley allows herself to care about the people around her.
Grayson Carter has everything a 21yr old College Senior could wish for – he’s the star of Whitley University’s football team, he has a different girl willing to be in his bed every night and a supportive family. For years he has managed keep his family together and hide their dark secrets from the small town of Breckinridge, Alabama.
When Huntley and Grayson meet, a force so strong pulls them together in a hurricane of feelings neither of them could have ever anticipated. Huntley and Grayson try to stay away from each other, but when Huntley’s demons seek her out, their pasts become the biggest storm of all.
Will they learn to trust each other and build a new future together or will they simply do nothing to prevent history from repeating itself? 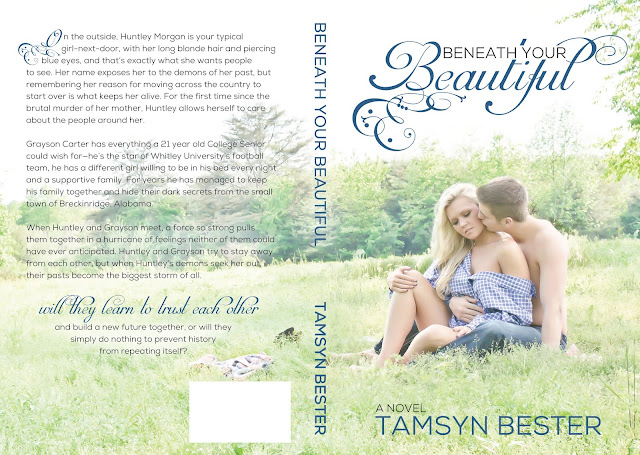 *****TEASER TIME*****
“You’re not what I was expecting,” Huntley says shifting in her seat to face me. The comment is blunt and completely unexpected, pulling me straight out of my dippy thoughts.

I’m dying to know what people have told her about me. Probably about what a play boy I am or how I party too much or maybe how I have a new girl on my arm every night. Stupid rumors piss me off so much I’ve never really wasted any time negating them. But I wish I had, just so that Huntley won’t have any reason to believe them.

“I’ve heard things,” she doesn’t look me in the eye and I hate it. Clearly she’s already made up her mind about me. I hate that too.

“I’m sure you have,” I growl, shaking my head. My tone is less kind than I intend but it makes me furious to know that someone has taken the time to deprecate Huntley’s opinion of me before she’s had the chance to even know me. I guess this is all part of keeping secrets and why I refuse to get attached to anyone.

I jump out my truck and slam my door, pulling my fingers through my hair while I take in the warm air. I hear the passenger door close but I don’t look back at Huntley, afraid I’ll snap at her for shit other people have said. I squelch the urge to yell and release my frustration the way a toddler would.

“I’m sorry.” Her voice is soft and tiny. I snap my head back and frown. Before she can look up, I walk the few steps between us and cage her in against my truck. She looks scared, like I might hurt her, but when her eyes find mine I see nothing but warmth and benevolence in their boundless sapphire-colored depths.

In that moment I feel naked, like she can see my soul stripped bare of its impurities and imperfections. I don’t like that it makes me feel vulnerable and completely exposed to the derision I know will follow when she sees the ugly secrets that keep me awake night after night.

I take the chance to inhale her scent. Leaning in a little closer, I drag my nose along her shoulder, getting as close as possible without touching her. The edges of my mouth turn up, forming a smile, when I find that I’m right. She does smell like strawberries. And vanilla. It’s a heady combination that I’m going to become addicted to very quickly.

“I won’t hurt you,” I whisper, “But I think it’s best if we stay away from each other.”

Hurt flickers across her features and it’s like a punch to the stomach. “What made you think I was interested Grayson?” she bites back. She has a fire inside her. I see it. I feel it. And it’s sexy.

“Oh, I know you are,” I know it’s arrogant but I’m hoping my cocky attitude will repulse her enough to make her stay away.

A car pulls up to the curb, making us both shift apart. I cringe when my body immediately misses the heat that radiated off of her in waves.

Her back straightens and she squares her shoulders, pushing off my truck. “Goodbye Grayson.” Her back turns to me and I watch her get into Demi’s red Lexus and drive away. I should’ve kept my mouth shut until Demi got here. That would’ve been the smart thing to do. 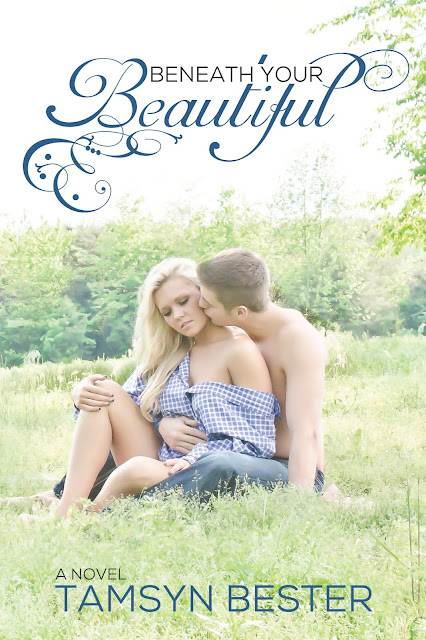 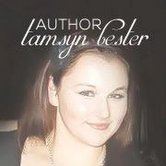 Tamsyn is a 21 year old blogger turned author from South Africa who has an insatiable hunger for New Adult Contemporary Romance novels, coffee and chocolate. When she’s not getting caught up in yet another steamy romance with a new book boyfriend, she can be found spending endless hours working away on her laptop in pursuit of her Marketing degree and a career in book Publishing. Tamsyn is a Brat when it comes to books and believes that every story, no matter how challenging, should have a Happy Ever After. Tamsyn is currently hard at work on her debut novel Beneath Your Beautiful, set to be available July 2013.

Dee's Review
I'm a little caught up with this book. There was a lot of abuse in this book. While I realize that it's the reality of what happens in the real world, it seemed like it was a vicious cycle that happened over and over in this story line. Ok I'm not saying this book was bad, it was good but I don't know. It just seemed a little over used. That bothered me. Let me explain.  So Huntley's history is that of abuse and it is also a huge secret. She doesn't want anyone to know. Which I completely understand.Her history is also a history of so much more, more that I won't give away but just know that it haunts her. Hell, who wouldn't it haunt? It's a past you know she is running from. And then we meet Grayson and he flat out tells you that he has secrets he's hiding. But he knows immediately she's going to get to him. He can tell she's gonna break him apart just by their first encounter. Awwwww. He can't deny what he knows is inevitable.

Of course we have a psycho jealous ex bang buddy, what story doesn't have a jealous ex. But she's no competition for what he feels for Grayson just after meeting her, and after spending time with her- it's over. No one else exists for him, but can she trust again. That's the question. Can she let go of her issues and move past them? I was sure she wasn't going to be able to. As much as I wanted her to, I was certain I was right. She wouldn't be able to. To my surprise, they fall in love and it's a beautiful love story. It really is. I was like yes, it really is happening!

They deny it and try to run from it but can't. There's no running. There's no denying. Then she lays it shall on the floor. She bares her secrets to him  and my heart broke. I felt for her. Horribly. She's falling apart, but somehow has the strength to tell him everything.

But then I got so pissed when he would not let her in. He knew he should have opened up, but just still kept in his secret. In his past, his secret- to me- it wasn't that bad. Wasn't something that would stop him from being loved. I just didn't see the huge deal behind it.

And then when shit hits the fan with Demi and Brody. HOLY CRAP. I didn't know how to react. There is just so much shit going on I didn't know what to do. I still don't think I'm processing it. Still can't believe that's how it went down. It does, however, make Demi and Huntely so much closer. An unspoken bond. So naturally when she's not feeling well, Demi is the one who picks up on it. And this is when I'm like please no.

Please don't take the book down this avenue. Please. Do not do it. Don't follow the same book as so many others. I got so worried but was given a reprieve. Then suddenly her past comes back. And boy does it come back with a bang. Jesus. I'm Freaking out reading this. Like no way. How? Why? I was making myself read faster so I can see what's gonna happen. If Grayson's gonna be there to save her...In so many ways, he does. Just as muh as she does him. This was a good read, an emotional read and a happy read. It has a happily ever after that they get to after some rough waters. But like I said, abuse was just too much of a repetitive part of the story line for me.  I have this book 3 stars because it really was good.