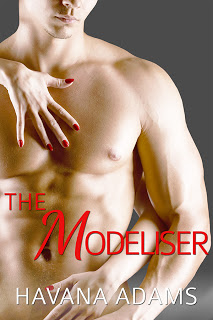 When Hollywood bad-boy and legendary womanizer
Alex Golden’s beloved grandfather dies he returns to
London, and is thrown into the path of the women
from his past. There is ex-lover Tamara, a super-bitch
actress who never lets anything get in her way: until she
falls head over heels in love with a Russian billionaire, that
is. Then we have Alex’s sister, Helena, who dreams of
stepping out from her family’s shadow and carving out a
career as a photographer. And finally there is Talia,
Helena’s best friend, whose hopes for a career writing
for the big screen are dashed when she is unfairly fired
from her job in the script department on a successful soap.

Alex’s fate is caught up with these three women as
ambition, lust and love collide against the drama-fuelled
backdrop of the film world. .


Dee's ReviewThis book. This book was infuriating and maddening and a whole slew of emotions all at the same time. It had me mad and irritated and happy and confused for some reason. Alex is a typical Hollywood playboy actor. He's hot, he knows it and he sleeps with everyone. So he's a bit of a manwhore. Usually only models, but  you see at the start of the story- as long as they're pretty they're fair game. That's all that matters. He's so caught up in his own world he doesn't even notice when his sister calls with a family emergency and needs him home. What a dick right!?!? Immediately I don't like this guy. He's so irritating. Talia works on a soap opera as a writer. And one of the actresses she works with is a major bitch. I mean HUGE. Her name is Tamara and she thinks she is the queen bee and the world should fall at her feet. Tamara gets Talia fired with no second thought about it. It's all about getting what she wants at any means necessary, stepping on the little people is no sweat off her back. All this happens at the same time Talia's room mate tells her she is selling the flat. So now she's jobless and homeless. So okay immediately you feel bad for her. Like something's gotta give and cut her some slack. This is where everything starts to intermingle. Talia's best friend is Alex's sister Helena. So she does get a break. She can stay in Alex and Helena's grandfather's home and Helena is determined to help her get a job. She's still searching for a new job, which her old boss surely squashed, but is not having luck, so Alex gets her to work for him. So I'm wondering is he going to try to sleep with her? Surely she'll say no. She knows what he's like. She too real for that.  Slowly you see they're relationship build into a nice friendship. This is the cool part about the book. It's almost written like a soap. As you're reading this storyline, you bounce to the other characters an their story lines. Like how Tamara is trying to land a billionaire for a husband...and failing ... INSERT EVIL LAUGH.  Let me tell you she goes balls to the wall. She doesn't ever fail to get what she wants .. By Any means necessary. Target has been acquired. But he's not biting. All the while Helena is working on a huge magazine edition. She has to work with a famous photographer and it's a mother/daughter issue. Small problem, she hates her mother. Of course things heat up between them and then she finds the scarf. I think I vomited in my mouth at the same time steam came out of my ears. She handled it better than I would have, I will say that. See all these storylines are going on at the same time and they are linked in some way. Talia and Alex get closet and closer, neither realizing they're falling in love. Of course we resist and lash out when were hurt , so that puts a kink in the plans. The take down of the queen bee puts a kink in Tamara's plans. All these things going on.. Can we straighten it all out!?! SO MUCH GOING ON.. must follow story line. And surprisingly it does work out, all of it. And well...I liked the book. The only thing I didn't like is it moved slow in some parts. I liked that it kept me on my toes and it threw surprises at me whenever possible. I still think Sula deserves more revenge or something. That's just horrible. Who does that to their kid. Anyway. I give this book 3 hearts. It was good.

Modeliser can bought on Amazon, Amazon UK, B&N, smashwords, Kobo
Posted by Unknown at 7:00 AM