Hosted by: Love Between the Sheets 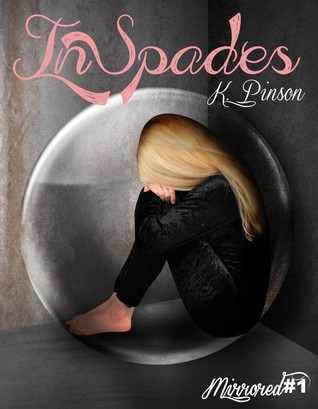 Avalynn has been running from her past for a couple of years now....never very far but always extremely fast. With an alcoholic father, a void of a mother and a town full of gossip, she struggles to find her place in the world.The only thing that saved her on her path of self destruction is her beautiful little sister, her miracle. Desperately trying to save Abby from a life that Avalynn has been trying so hard to escape from, she plots to take Abby away.The plan going dangerously astray, leaving Avalynn beaten and broken in what once was the hallway mirror in her childhood home. Avalynn finally comes to in the hospital after nearly being beaten to death. Father-Dead, Mother-Missing, Abby-In foster care--Everything changing in the blink of an eye.

Avalynn immediately sets to work to get her life in order, receive custody of precious Abby and focusing every ounce of attention, giving Abby the the life she deserves. Avalynn, now a 22 year old Elementary School Teacher and New Mommy, struggling to raise a beautiful and feisty five year old whom was just diagnosed with Mild Autism Disorder. Lots of challenges for her to face in the midst. Avalynn is ready to go at them all head on if it means Abby is raised in a happy and healthy home. Abby is the only thing she cares about...not even caring about herself or her life...that is...until she meets him. The man that can shatter her entire world with one glance. Their relationship a roller coaster ride from start to finish. One that Avalynn never wants to get off of..but she may not have a choice. Her happily ever after coming to a screeching halt yet again. Heartbreak, love, loss and hope--This story has it all, In Spades. 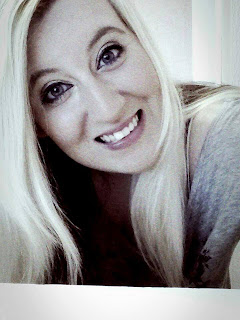 22 years old. Lives in a small farm town. Work full times as a Manager for an assisted living program for mentally challenged adults. I love my job. :) Getting my degree in music therapy.

Daxton Pov from the end of Walk of Shame
I can feel her staring at me. Big blue eyes leering directly at me and I’m struggling not to open mine and take in her beautiful self. It’s like my body is already attuned to hers. I can tell that she is awake and I have no fucking clue how that is even possible after the amount of alcohol she had last night. My ego is definitely bruised at the moment; I thought I wore her out? My arms are practically twitching at the sides, wanting to grab her and pull her to my chest, but I don’t. I want to see what she’s planning on doing first. I know that some chicks like to get up and redo their hair and makeup and then crawl back into bed like they woke up looking like Miss America pageant contestants. But fuck, who am I to judge?
I felt the bed dip and heard the tiny sound of her footsteps leave the room. My brain began to riot, but I didn't move. I let her leave, just like that. Maybe she was just going to get a glass of water or maybe even some aspirin? Hell she has to have a killer headache. I’m an ass; I should have left some on the bedside table. I lay there for a couple more minutes, before deciding to get up and check on her. She may be getting sick again or something.
I finally decide to climb my happy ass out of bed and grab my dislodged pants off the ground. I notice that her work clothes are still lying in a heap on the floor where I laid them, so that’s a good sign. I made sure to put some sweat pants and one of my band shirts on her before I put her into bed. I didn't want her to feel too awkward when she woke up. We were both pretty drunk last night and as many one night stands as I've had in the past, this is one that I don't regret. I really like this girl. We have instantaneous chemistry and I definitely want to see where it could go. With the exception of my music and working with the kids, nothing or no one else has been able to make me feel more alive. I shake the visions of last night and her lying gloriously naked underneath me out of my head and decide to go in search of her. I need to drag her cute ass back to bed, caveman style. Got damn the girl is sexy, but there is just so much more and I need to get to know her better and figure it all out. I have never felt such a strong compulsion to work anyone out of my system like I do this chick.

I slide my jeans over my naked lower half and rub the sleep out of my eyes. I tread into the living room and my eyes instantly fall on the spot where her things once were. She really left. I can’t even believe this. I go back and check the bathroom just in case, but no, she’s gone. I walk towards the front door and throw it open. The daylight hits me achingly hard in the face. I quickly throw up my arms to shield that horrific light from my now burning eyes. Holy shit, I had one too many last night. Remind me not to do that again for a while. I become such a reckless asshole when I drink and I don’t want to start heading back down that pathway. I left most of my fucked up shit behind me or so I’d like to think.

When my eyes finally adjust, I see her standing at the end of the driveway. Wild hair looking straight lioness style and still rocking the sweats and t-shirt combo that I had placed her in. she looks so damn good in my clothes. Seeing her looking like she’d just been fucked seven ways to Sunday has my heart racing off its normal beaten course. When she climbs into that cab that had pulled up without me even really noticing, my eyes were pretty directly fixed on her ass, I shout for her to wait. She either didn't hear me or didn't care. Either way, she took off and I was left in my doorway with a hard on and no relief or morning snuggles. Yes, I just said snuggles. I’m suddenly becoming a pansy. She’s messing with my head already and it surprisingly feels damn good. Feeling something for a woman that isn't pure hatred and regret is a welcome feeling in my book. I am going to get this girl whether she realizes it yet or not. Consider it done; I always get what I want. “And to think, I was even going to make you breakfast, how rude.” I say out loud to nobody in particular as I was all alone again. My shit eating grin has returned. This is going to be one hell of a ride.

You can find Dee's Review of In Spades HERE 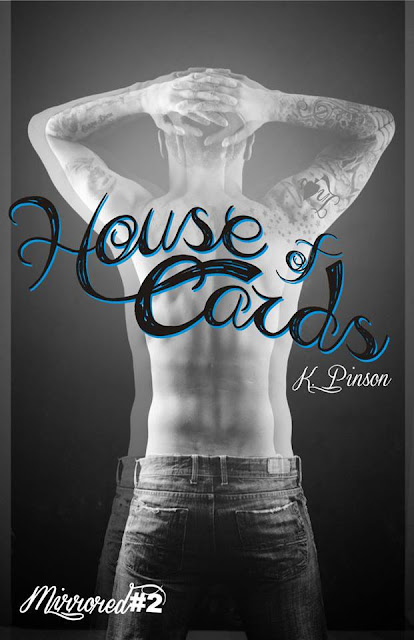 Daxton James holds the world in the palm of his hands. He has finally met the love of his life and is more than ready to start a family with her and her precious daughter, Abby. He has the best friends that anyone could ask for, a career doing two things he loves the most-music and helping people and his family piecing themselves back together, slowly but surely. Everything has fallen into place in his life and he couldn't be more happy about it.

There is only one problem---He can’t remember any of it.

Daxton was involved in a serious accident which has left him fighting for his life, while his loved ones wait in the midst, unsure if he is even going to come out of it alive. Thankfully he does, but his short term memory can’t say the same. He only remembers the Daxton he had been years previous. The playboy, the rock star and hopelessly devoted to a woman that is not Avalynn Wright.

The doctors tell Avalynn to just let his memory come back on it’s own and to not push him too much, fearful that forcing his memory will cause permanent scarring and trauma. Avalynn is so thankful to have Daxton alive, that if letting him go will keep him happy and healthy, she will do just that, even if it means killing off herself; bit by bit. Avalynn struggles to get a grasp on what is a reality and what is created by the stresses of her life which causes her to downward spiral, with nobody there to break her fall.

Will Avalynn and Daxton make it through this or is their relationship built only as strong as a House of Cards, ready to crumble at any moment? 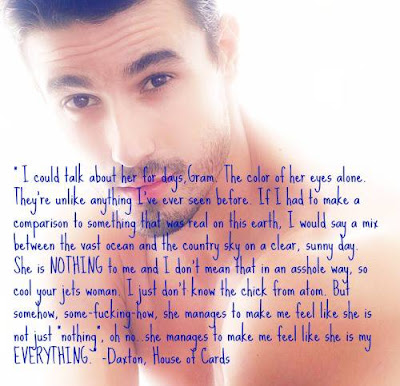 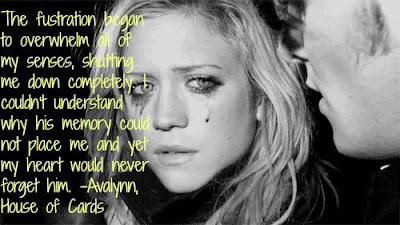