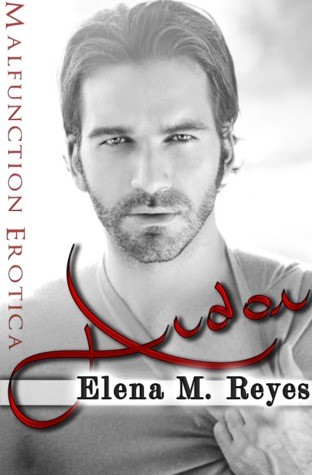 Synopsis
Gregory Thomas has always had an easy life. When it came to his profession, he excelled, gaining himself the position of manager to one of the nation’s biggest wholesale retailers. He was amazing at everything; except when it came to love. The night he found his ex-wife in bed with her gay best friend was the night he decided it wasn’t worth it. He was better off just focusing on his career, and nothing more.

About the Author:
Elena M. Reyes was born and raised in Miami Florida. She is the epitome of a Floridian and if she could live in her beloved flip-flops, she would.
As a small child, she was always intrigued with all forms of art—whether it was dancing to island rhythms, or painting with any medium she could get her hands on. Her first taste of writing came to her during her fifth grade year when her class was prompted to participate in the D. A. R. E. Program and write an essay on what they’d learned.
Her passion for reading over the years has amassed her with hours of pleasure. It wasn't until she stumbled upon fanfiction that her thirst to write overtook her world. She now resides in Central Florida with her husband and son, spending all her down time letting her creativity flow and letting her characters grow.

Shannon’s Review:
I am still trying to cool myself down from this book. This is a short book but full of erotica, sexiness, titillating, arousing, seductive, I could go on and on. This book is extremely sexy. Ok I need to calm down because just thinking about the things in this book….Ok. I am good.

Gregory Thomas was a hot headed, tormented, sexy man. I can understand a lot of where Greg was coming from though. I mean come on if you found your significant other in bed with your supposed gay friend you would be a little tormented too. He was also entertaining talking to himself. Here is one quote when he was talking to himself that had me laughing when I read it.
"I will not look at Jasmine today. I will not notice her hips or the roundness of her…fuck me ignore her, Greg….damn it…”

See funny huh???
Now Jasmine Velez was a gorgeous Latin woman, who was fiery, sassy and could hold her own. The only person she couldn’t hold her own around was Greg. He knocked her defenses down and she succumbed to him. To be honest ladies I would have too.

*Fanning myself*
Ok ok sorry can’t help myself thinking about Greg and... Sorry lost train of thought. Ok I really did like Jasmine because she did speak up. She was a strong woman in her own right.
You will meet Cassandra Thompson, Greg’s ex-wife, who I can promise you will be ready to beat the mess out of. She is one lady, that’s me being nice, I could have done without.

I give this book 4 hearts because of the steamy love making. Also I did honestly love the characters and thoroughly enjoyed this book. Looking up the meaning of Ardor and seeing it means burning heat, I can see why the author titled this book that. Quite fitting...

Find it on GOODREADS here