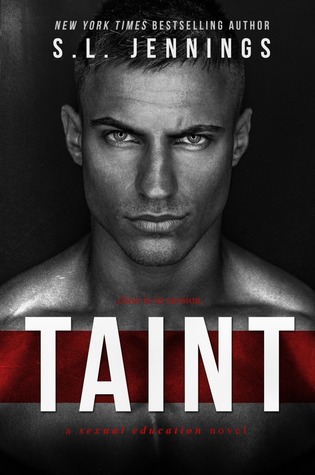 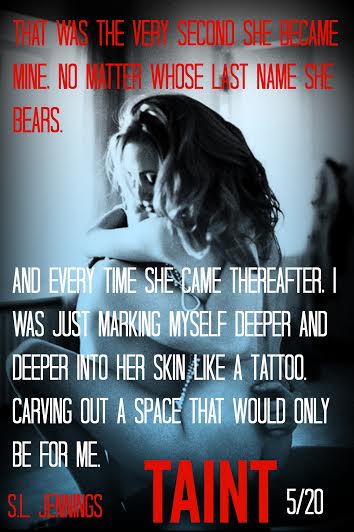 And, what the hell are you doing here?

Let’s start with the most obvious question, shall we?

Oh, stop it. Don’t cringe. No one under the age of 80 clutches their pearls.

Go ahead, try it out on your tongue.

Ok, good. Now where were we?

If you enrolled yourself in this program then you are wholly aware that you’re a lousy lay. Good

for you. Admitting it is half the battle.

Well, for the next six weeks, I will be your lover, your teacher, your best friend, and your worst enemy. Your every-f*cking-thing. I’m the one who is going to save your relationship and your sex life.

I am Justice Drake.

And I turn housewives into whores. 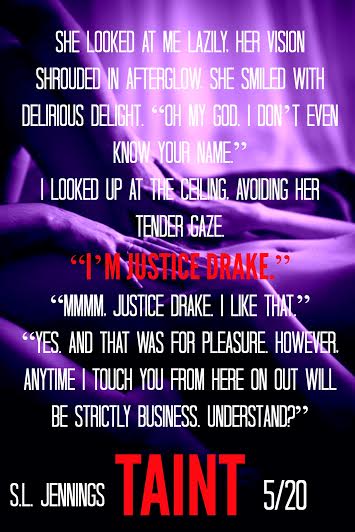 I want to say I loved this book. I wanted to scream from the rooftops that I loved it. But the truth is  I'm really conflicted about it. The synopsis had me. Hook line and sinker. But I don't feel it's 100% true to the storyline. It's kind of misleading. I feel like two words at the end would have made it more fitting ... Until her. Or something like that. I'm not in anyway saying that the book was bad. I was actually pleasantly surprised when I finished it. I did still really like it despite it totally not being what I expected. I found myself laughing at his need to ruffle the feathers of his upright students. I found myself smiling at the friends references, let's be honest who doesn't love friends. And I found myself pulling for Ally and justice. I was just left wanting more. Left with, I don't know. Needing more to fill in some blanks. I wanted to see Ally fight for him. Or everything Evan was doing that was all over he news when Ally was away. What did she do about that. Was it her best friend. I mean so much drama was dangled right in front of us and then never addressed. I just wanted more. More about how he started his classes. More about why. More about why he hates Evan. More more more. More from the ending. All the drama in the book was held til the end. I kind if wish we had more throughout the whole book. But I did totally love that she turned him into a new man. He fell for his student. I loved seeing the journey. I just felt like it could have been deeper. Given me more and I would have loved it more. Maybe a long epilogue from Ally's point of view where it all comes out and she catches him up on everything that went down. You know, so we can see all that "hell hath no fury" jazz.

I can't say how I can rate this because I'm so put off that the synopsis was so misleading. But I was also so pleasantly surprised with the book. If I had to rate it, it would be 3.5-4 hearts.

Ever pick up a book, read the synopsis/blurb and think "Oh Hells yeah this is so for me?"

I did that with this book. I was so intrigued into finding out who the heck Justice Drake was. What is that school? Why would these women subject themselves to that? What the wha?

As I am reading I am enjoying the book, the premiss. I love that the book is told in a male POV. Straight off I am like:

I enjoy reading from a male POV. I think it has to do with how strong alpha men are so quite, think before speaking and just have that presence that makes you shutter

This is what Justice Drake has, and being in his head you get to see and experience all those things. I loved how he would get the women flustered. He was talking crap and just being straight up honest. I loved that part of the book.

I am no prude, I enjoy reading sexy scenes. I loved that this book had that and not in a way where every 5 mins people were having sex just because. No, there was an actual story and for that alone:

The only thing I think I was waiting for was more drama. I'm a drama whore what can I say. I enjoy the angst, the build up, then the boom. The story had a great build up but the boom wasn't as big as I thought. The sexual tension though, can I just give you a high five there S.L. because seriously amazing!

I even said "and JUSTICE for all" hehehehe I know I am a dork what can I say.

All in all I enjoyed the book and the way the author chose to present it. Male POV's really get me. I loved the way Justice was a man and we got to see his walls come down. I agree Ally is his lobster!!! 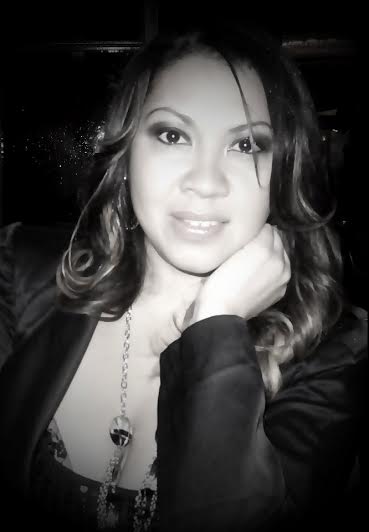 Most known for her starring role in a popular sitcom as a child, S.L. Jennings went on to earn her law degree from Harvard at the young age of 16. While studying for the bar exam and recording her debut hit album, she also won the Nobel Prize for her groundbreaking invention of calorie-free wine. When she isn’t conquering the seas in her yacht or flying her Gulfstream, she likes to spin elaborate webs of lies and has even documented a few of these said falsehoods.
Some of S.L.’s devious lies: