When Stella Jo Chandler gets an offer to work at the Second Chance Ranch celebrity rehab facility right after graduating from Texas A&M, she’s tempted to turn it down. She wants to help real people with real problems, not spoiled celebrities going on vacation for publicity. But growing up on her family’s ranch left her with a love of horses that draws her to the opportunity. How bad can babysitting a bunch of strung out celebrities be?

What she didn’t count on was being roped into a tangled mess with infamous rocker and three-time rehab drop out Van Ransom on her first day. And she sure didn’t expect to feel the overwhelming attraction that pulls her to the man who has more issues than she can count on both hands. Like the hotel rooms and tour buses he’s famous for trashing, the havoc he could wreak on Stella’s heart would be irreparable.

Van isn’t at Second Chance for publicity or because he’s suffering from “exhaustion”. He’s on the brink of destruction, and he needs the kind of help Stella isn’t sure she can give. But without her, he'll lose everything. Because he’s on his last second chance. 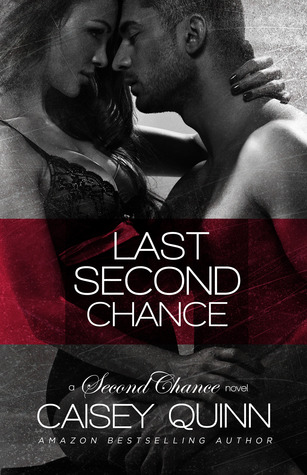 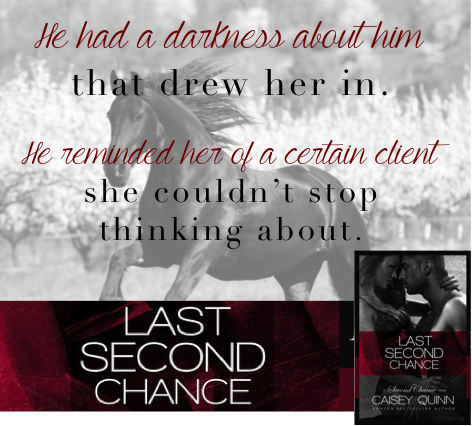 Caisey Caisey Caisey. Just when I thought I already wanted to give you big squishy hugs, you release another book. Then I want to give you big squishy hugs and kiss your face! How could you possibly have been nervous about the release of this book!?!? How did you have any doubt how good this was!?!? I think there is something in the water with authors lately because y'all have been writing some amazing books! Okay, I know this is weird but can I just say that I love how Van isn't perfect and he doesn't pretend to be. I love his wit and sarcasm. I love his banter with Stella. I love his ... Ummmm sexual encyclopedia of tricks. And with Stella. She almost starts off as this mouse. This little thing. But man did she have us fooled, that woman is fierce. Her love is fierce, her strength is fierce, her determination is fierce. It's like Van unlocked this in her, let the beast out. And I loved. Every. Minute. Caisey does an amazing job of pulling you into the story of Van and Stella, like a magnet you are drawn to them. Even with hurtful words spat from his mouth, and we know how much words can hurt, I was still team Van. But there were also curveballs thrown in I didn't see coming... The fiancé, the band, her mother. But all of it, his past, her parents secrets, all of it. I could understand and empathize with all of it. It wasn't something that was out of this world crazy circumstances. It's all very real. And with the way Caisey writes you can't help but imagine going through all those choices each one of our characters had to make. You can't help but feel like you like the moment. It's just amazing, it's really the only word that comes to mind. From start to fighting finish, it's imperfectly perfect.

I give this book 5 amazing hearts. 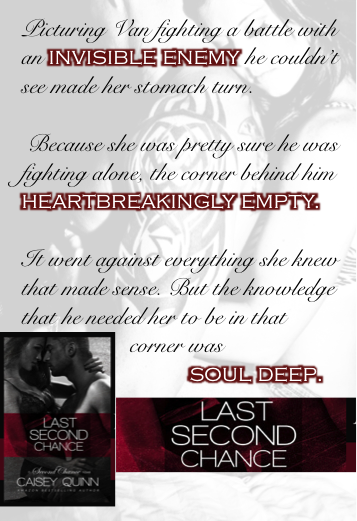 Van: Is it? *leans back in chair and folds heavily inked arms* What would you say is particularly nice about it?

RS: Um, well…your band, Hostage for Ransom, has had an amazing year. That must be pretty exciting to be a part of. How has the past year been for you?

Van: *snorts* Honestly I can’t remember most of it.

RS: *checks notecards* When you say you can’t remember, you mean…

Van: I mean I was dropped on my head a lot as a kid and I have short-term memory deficit.

RS: Okay. Perhaps you should see a doctor.

Van: Perhaps I should. I’ll look right into that.

RS: Mr. Ransom, surely your aware of the rumors circulating.

Van: Can’t say I am. Don’t have a habit of paying attention to rumors.

RS: Ah well, of course not. I just meant that, with all the media speculation, surely you’re aware that there have been mumblings about the possibility of your label, Red Devil Records, dropping you due to the incident last year in Vegas.

Van: I was in Vegas last year? Well, damn. Kind of wish I did remember that.

RS: Let’s take this opportunity to lay the rumors to rest then. Did you or did you not wreck a ten thousand dollar a night hotel room?

Van: *raises an eyebrow* That’s what they tell me.

RS: Any idea why you might’ve done something like that? Did you have a fight with someone? Another member of your band perhaps?

Van: *huffs out a harsh laugh* The only person I fight with is the voice in my head. So yeah, maybe he pissed me off.

RS: And the bus?
Van: *narrows eyes* What about it?

RS: Want to tell your fans why you trashed your tour bus last week and canceled two shows in New York?

Van:  There was…New York is… You know what? On top of all the shit I can’t remember, I have no recollection of agreeing to this interview. I think we’re done here.
*stands abruptly, knocking over chair and is followed out by his manager and a publicist*

Van Ransom, ladies and gentlemen. Mad man or just misunderstood? We can’t be sure. Guess you’ll just have to decide for yourself. 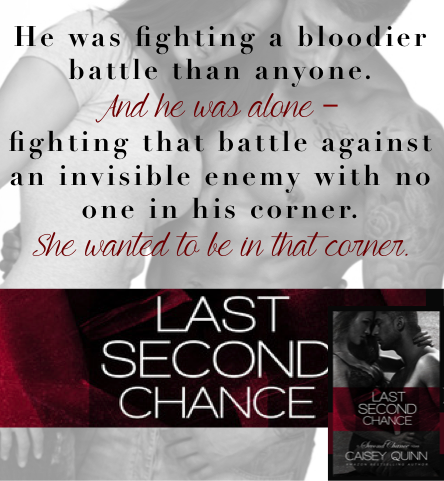 Caisey Quinn lives in Birmingham, Alabama with her husband, daughter, and other assorted animals. She is the bestselling author of the Kylie Ryans series as well as several New Adult Romance novels featuring country girls finding love in unexpected places. You can find her online at www.caiseyquinnwrites.com . 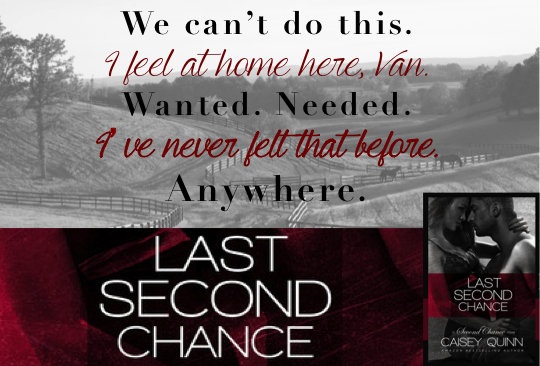 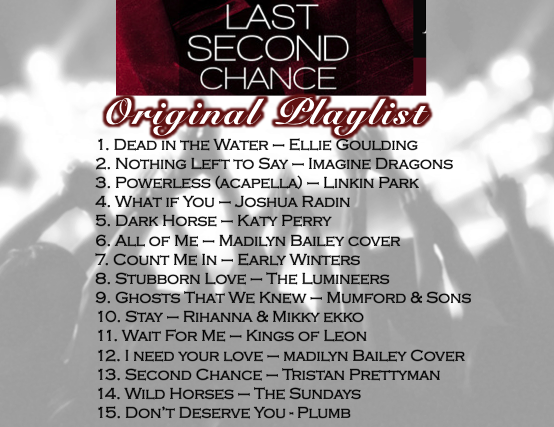