Description
Lucky wanted a guy to be her last boyfriend but she never counted on love not being enough.
Lucky Morgan fantasized about the hot guy from her diner for months. And when he offered her a dream job, she jumped at the chance to get to know him better.
Zane Beaumont was skeptical about love and guarded his heart. Even though he was falling for Lucky, he was still scared to fully let go. So he makes a decision that may ruin their once chance at happiness.
Both of their lives are turned upside down by some unexpected news and Lucky has to decide, once and for all, if Zane is the guy she wants to spend her forever with.

ADD THIS TO YOUR GOODREADS HERE 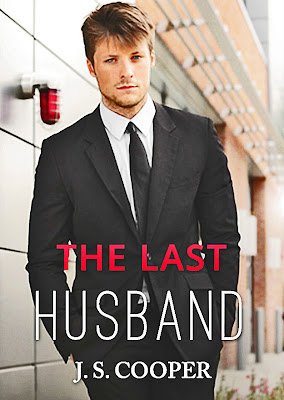 About JS Cooper:
J. S. Cooper was born in London, England and moved to Florida her last year of high school. After completing law school at the University of Iowa (from the sunshine to cold) she moved to Los Angeles to work for a Literacy non profit as an Americorp Vista. She then moved to New York to study the History of Education at Columbia University and took a job at a workers rights non profit upon graduation.
She enjoys long walks on the beach (or short), hot musicians, dogs, reading (duh) and lots of drama filled TV Shows.
You can follow JS Cooper on any of the following links:
Goodreads / author website / facebook / twitter

Author Fun Facts
Lou's Burger Joint is based on a real diner a friend and I used to frequent in Miami Beach
Los Feliz is one of my favorite parts of Los Angeles and where I wrote my first book
All of my books are set in cities and States I have lived in.
I've always wanted to be a screenwriter
I love Bradley Cooper
I was born in London, England
I'm addicted to a website called blindgossip

“You suck.” I rolled over to stare at him, my body still a quivering mess.

“Oh yeah?” He rolled over so he was facing me and his eyes sparkled. “I thought you liked it when I sucked?”

“You wish.” He reached over and kissed my nose. “You’ve got such a cute button nose, did you know that?”

“No.” I smiled back at him, staring into his eyes.

“You want to bit everything.” I laughed.

Dee’s Review:
This book had me all over the place. There was so much going on.. From his secrets, to their future, to his brother’s story, the documentary, and of course their blossoming relationship. Sometimes I wasn’t too sure what was happening. Some times during reading this book I felt like I liked the book a lot. Some times, I felt like I didn’t.

Our Lucky, of course she knows what she wants all along, it’s just getting Zane to believe it. Then we have Braydon, what a creep! And the truth finally comes out and we can tell who told the truth about Noah! FINALLY!!! I wanted to jump for joy once we found out the truth behind what happened to Noah.

Finally Zane has some closure. But then we have the wound from his mother. That was like salt in the wound, wasn’t it? But at least they got to go to Paris together! What’s better than Paris?!!?!

LE SIGH…. I think Zane is a little kinkster and Lucky may be in for some surprises ;0) . Yay for Lucky! Sit back and enjoy the ride girlfriend!! Anyway I give this book 3 hearts. If you read book #1, you will want to read this.

The Last Husband can be purchased HERE on Amazon


a Rafflecopter giveaway
Posted by Unknown at 6:21 AM