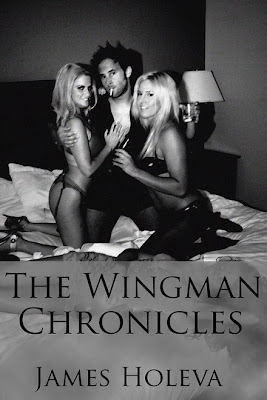 If you take a girl on a date and don't make a move she doesn't think you're nice, she thinks you're gay.

The reason a girl gets dressed sexy, puts on uncomfortable heels, and spends a night buying expensive drinks instead of sitting in bed drinking cheap boxed wine is to get fucked.

Follow her into the bathroom. Even if she slaps you, kicks you in the balls, and has you arrested she'll respect you for trying.

A spanking doesn't have any sexual effect on a girl unless you leave a hand-print on her ass.

Eat em' for twenty then you could fuck em' for two, that's how you get the stud status.

Don't forget to cuddle because the more comfortable she is, the more likely she is to let you put it in her ass.

Stop thinking so much... You're a girl, every guy wants to fuck you.

You'd be happier, and more guys would buy drinks for you, if you left certain friends at home.

Just because you want to be a fuck buddy doesn't mean you have to be a whore.

You have Pussy Power, so to get what you want all you have to do is not put out. In other words, pussy power is about doing nothing.

The only reason women get fucked over by guys is because they don’t realize the power they have over guys.

Sucking dick without swallowing is like taking your dog for a walk and not picking up its shit.

OMG all I can do is laugh. I know that not all people are like me and some may be more well whats a nice way to say this....uh...sheltered?....prude?...uptight? I am very open when it comes to sex and talking/reading about sex. My friend (who is a blogger and is as raunchy as me) told me YOU have to read this book. Yeah yeah yeah I am like if you have read one sex book you have read them all. She went on and on and on. I was like JEEEZZZ Nat ok ok I will read the damn book. She literally said she professes her vagina to the author. WHOA!!!

I was still a bit apprehensive just cuz I like to make life more difficult then it needs to be but that is ok because yeah I am a drama queen at times but I admit that shit. Anywho back to the point, another friend was like have you signed up for the blog tour? So I did, now lets get this straight while I am not opposed to sex and reading/having it, I am a bit ummmm judgmental when it comes to dudes writing about it because I instantly think "This dude has to be a douche, I mean c'mon he's writing about his sexual adventures and talking about women." Damn my friends and James Holeva for once again making me feel the need to apologize for being a judgmental bitch.

I loved this book. I laughed my ass off and I thought James was great. Yes, these are his stories but the truth of them and the way he is just idk such a guy to some answers had me rolling in fits of laughter. I loved how honest he was about sex. Never promising anything more then a great time. I couldn't help but LMAO when he was with the "Prom Queen". I was like OMG he didn't say that did he (you have to read it to understand) I about died with wall of pillows.

While I know most people will look at him and say he is a pig, I applaud him because I am sorry ladies, I have been out to clubs with my girlfriends and they meet a guy go out back fuck and come back. Hey I am an adult, if you feel the need to get your rocks off like that more power to ya. I think what set James apart is the fact that he was just honest about it. He wants to make the lady he is with feel good, and then you know if they meet again cool and if not that is ok too.

Overall I think you should read this book because it is not like anything I have ever read. It made me crack up, get hot, want to go to a funeral, a wedding, a bathroom, a balcony, shit I just want to meet this guy because I was so wrong about the book :) yeah that's why! Oh and James I will buy you lobster! Bahahahaha Best scene ever with that!!!

So I gave this book 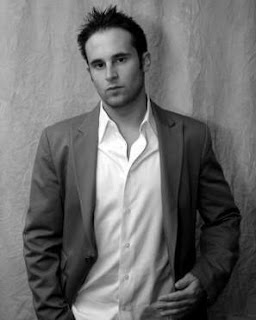 James Holeva, aka "The Wingman" is a filthy comedian/author/ actor/lothario who enjoys having sex in bedrooms, backseats & bathroom stalls. His humorous, erotic, autobiographical novel "The Wingman Chronicles" has gained a legion of fans all over the world, and been described as a male version of fifty shades without the fantasy elements. The bad boy's raw and in-your-face way with words extends to his energetic standup comedy shows which have more the atmosphere of a rock concert than a typical comedy show. In addition to his abilities as a writer, his shows are always different as he uses his charm and rapid-fire wit to keep the audience guessing, laughing, and blushing. Holeva sells out shows all over the country, answers sex questions in his #askwingman Q & A portion of the show and has his female fans fighting over being included in his signature on-stage spanking encore. He was voted 2013 reader's choice best comedian by The Weekender readers.
As an actor he starred in "The Wingman" TV Pilot, which he also wrote and produced, and it just won Best Pilot at the Hoboken International Film Festival. Holeva is hard at work touring the United States doing standup, as well as writing and of course researching his next book. He's currently working on putting together a film based on "The Wingman Chronicles," as well as has plans to record a standup comedy DVD, and tour abroad. His meet and greet/book signings are as crazy as his shows as he usually signs as many boobs as he does books, and asses too of course.

a Rafflecopter giveaway
Posted by Unknown at 6:15 AM