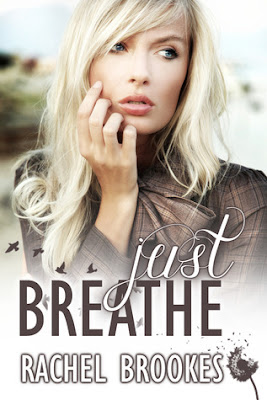 Blurb:
For Savannah Rae, living life without her parents was unimaginable. But being blamed for her first love’s suicide? That destroyed every part of who she was.

Gone were the days of innocence, happiness, and dreams. Now her days simply meant attempting to survive. In her mind, her only means for that was replacing her grief with men, booze and the fast life. And for five years, it worked.

When an opportunity to leave the nightmares of her past in Australia opens up, she takes it. Los Angeles beckons - with hopes of late nights, new beginnings, and the promise of a string of endless men to distract her, she can’t wait to dive in.

One thing she didn’t count on was meeting her match.

In the eyes of outsiders, Tate Connors has it all; the ultimate LA bachelor who is content with his lifestyle of wild nights, women and one night stands. He's Mr. Unpredictable with looks that could destroy any woman with one glance.

The craziness of Los Angeles throws them into the chaotic path of each other. Savannah becomes the perfect game, and Tate becomes the ultimate prey. Lines are crossed, emotions are smashed, and the idea of who they truly are begins to be tangled.

However, one thing will become clear.

They are more alike than either one could ever have imagined.

I LOVE TATE CONNORS! that is all!!

ok its not because duh I need to gush about him and tell you all how wonderful he is.

I have read so many books sometimes I feel that they all seem to run together. Well kick me in the ass, this book was just so refreshing. Savannah is from Australia and she is moving to Los Angeles with her boss and only family Mr. Davenport. Savannah has a bit of a past and she is looking to make a fresh start in L.A.

Tate Connors is your typical playboy, player. Sleeps with random women, is sexy and fine as hell. At first glance I thought meh just another one of those guys, but boy was I wrong. As the story goes on we see that these two are attracted to each other but they try hard to stay away from one another. Until finally they give in, but it seems that when things are finally looking good for them something happens to try to keep them apart. It was a bit frustrating.

Both Tate and Savannah have things in their past that they need to let go of before either of them can move forward. When they do get that chance and it seems like FINALLY they will be together

yup you guessed it another twist in the story.

What I enjoyed about the book was Savannah's way of speaking. She is from Australia so many of the things that we say here are not the same meaning for her. For example we say flip flops, she calls them thongs (bahahahaha) I still laugh thinking of that. I enjoyed her relationship with Tanzi, Tate's twin sister. I loved that even though Sav was a mess she decided that she should be able to love again and was willing to open herself up. The fact that she wouldn't give up on her friendship with Lucas even though Tate is not so nice about them being friends. She is a broken but strong character and that made me happy. She wasn't perfect, she was a bit out there which made me like her even more.

Tate is the all around great looking guy who knows he can get any girl he chooses. He doesn't do relationships but Savannah is something else and there is way more to him deep down then he lets on. He is charming, romantic and

I just want to keep him forever. I liked the fact that he was a typical guy who is jelly of Savannah's friend (even though it bugs me). He eventually man's up and accepts him because he knows Sav will not stop being his friend. He is incredibly sexy...

Tate Connors has his effect on me and I am soooo happy with that. I will take it!!!

There are many memorable scenes in this book for me. I love that Savannah calls chips, crisps. It made me smile because they're chips Sav just chips. Another scene is where she goes to eat a hamburger with Tate and she orders a hamburger with chips and tomato sauce BAHAHAHA...its just so cute that you can't even be annoyed by it and finally my FAVORITE Australian word that I have adopted for my own is Fairy Floss!! I know you all want to know what it is but I refuse to tell you, you need to read the book to find out what it is!

Overall I think this book has everything I look for. Drama, angst, frustration, sexy lead male character who is vulnerable, strong female lead, great story and I love that Savannah finally finds a home here in LA. I am not a hugs fan of sequels anymore, so I was a bit disappointed that there is another book, but if its Tate I can live with it. I mean hello I will be needing my Tate fix!!!

So I rate this book with

4.5/5 hearts
And Tate is definiftly Book Boyfriend material! he will make you want to come back for more!

Where to buy:
AMAZON
ABOUT THE AUTHOR: 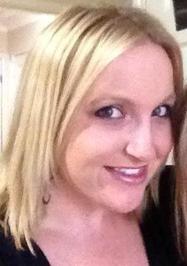 Rachel Brookes is from a coastal town on the east coast of Australia where beaches, kangaroos and surfers roam free. She writes angsty love stories with a pinch of craziness, a dash of drama, a cup of romance and a spoonful of sexiness… oh and the main ingredient hot guys.
Rachel sometimes forgets to eat, sometimes forgets to sleep and sometimes can’t remember the last time she cleaned her apartment but that’s because she is in a long term relationship with her laptop and is constantly writing.
When she does step away from her laptop she can be found taking too many photos, making scrumptious cocktails, laughing at Adam Sandler movies and spending her time with her amazing family and friends.
With her first novel, Just Breathe, due to be released in July 2013, her dream of releasing a book will become reality. With another three books already taking up her mind, she cannot wait to start this crazy ride.

WHERE TO STALK RACHEL:
GOODREADS//FACEBOOK//TWITTER
Posted by Unknown at 3:00 AM