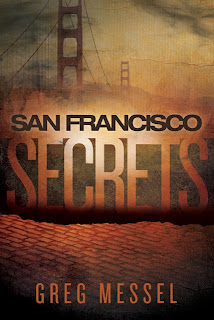 As the spring of 1958 arrives in San Francisco, it seems that baseball player turned private eye, Sam Slater and his fiancée, TWA stewardess Amelia Ryan, are surrounded by people who have secrets.
A prominent doctor, John O’Dell is being blackmailed by someone who has discovered a dark secret from his past. When the private investigator trying to catch the blackmailer is murdered, Dr. O’Dell hires Sam Slater to try to pick up the pieces. Someone is playing for keeps and will do anything to protect their own secrets.
Meanwhile, Amelia begins her new job as an international stewardess which takes her on adventures to New York City, London, Paris and Rome. In hot pursuit is a womanizing older pilot who has his sights set on Amelia.
Their lives get even more complicated when a mysterious woman from Sam’s past returns.
Sam and Amelia’s relationship will be tested as they work together to solve the mystery on the foggy streets of San Francisco. "San Francisco Secrets" is the exciting sequel to "Last of the Seals" and "Deadly Plunge."

Join us Friday 7/26 from 12-3 PST for a really fun time. We have tons of games and prizes plus a chance for you all to meet Greg!

Hope to see you all there!!

Brought to you by the Release Day Diva