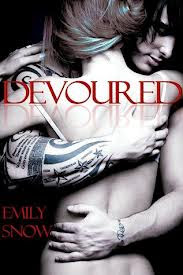 Sienna Jensen had no plans to return home when she graduated college last spring—after all, her dreams lie in California. But when she discovers her grandmother’s Nashville home has been foreclosed, and the new owner has started the eviction process, Sienna has no other choice but go back to Music City. And she comes face to face with the flawed, gorgeous man she never thought she’d see again. The man who now holds the deed to her grandma’s estate.

When millionaire rock star Lucas Wolfe finds the outspoken redhead glaring at him from across a courtroom, he’s both infuriated and intrigued. He still can't get the night Sienna almost spent with him out of his mind, and the chemistry between them is as undeniable as it was two years ago. He craves Sienna more than ever. And just like everything Lucas hungers for, he’s determined to have her.

Now, Lucas will do whatever it takes to lure Sienna into his bed, even if that means making a deal with her: ten days with him, playing by his rules, and he’ll hand over the deed to her grandmother’s home. Though she agrees to the arrangement, Sienna is conflicted. Because of her duty to her family. Because of promises she’s made to herself and a past that still haunts her. And as Lucas’s game of seduction continues, and Sienna is introduced to his dark, erotic world and even darker background, she realizes that at any moment, she could be devoured.

Okay so you are all probs like SERIOUSLY you just read about Lucas Wolfe??? Ummm NO! I read this book a while ago like almost a year ago, I want to say...anywho so you are all now probs Like well WTF is the deal then?? Yo peeps CALM YO TITS and I will explain. 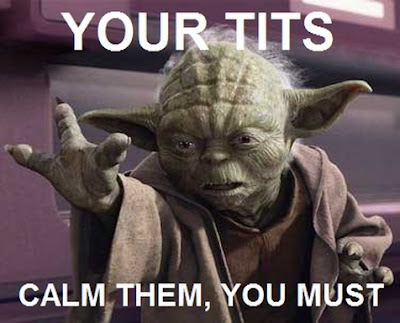 We were contacted by Emily Snow's uhhh...ummmm....Emily Snow and asked if we could do reviews for Devoured and Tidal and they would send us copies of these two AWESOME books in paperback, now mind you I LOVE LUCAS WOLFE! So Dee tells me this and I am like HELLS YEAH...Then she says well we can keep them or give them away. Well here is where I have the little devil and angel on each shoulder.

So on one hand I love our followers but on the other ITS LUCAS WOLFE and COOPER...see what I am saying?? Hot rockstar and hot surfer, but damn my conscience and the way Dee and I were both raised, we (after many back n forths) decided, we love you all so much that both paperbacks will be part of the 5000 likes FB giveaway. (SIGH)

All I can say is LUCAS WOLFE! Hot, rocker with tattoos and an alpha male who is sweet all rolled into one, how can you pass that up? I was enamored with this story right from the jump.

Sienna is not necessarily what she seems, I know at first I sort of saw her as a pushover, especially with her brother! She goes home because the house she grew up in is being foreclosed on. Trying to stop the process she goes to the court to find out that guess who has bought the house, none other than Lucas Wolfe.

There is a back story to these two, apparently 2 yrs prior, Si and Luc were gonna get busy but uhhh stuff happened and the deed never occurred. Luc remembers her right away and Si, is in total disbelief and you know what happens? Chaos!

Alright not like this, but Sienna will do anything to get the deed to her grandmothers house. Luc being the man that he is decides to give Sienna a deal, she has to work for him for 10 days and she will get the deed to the house. Sounds pretty simple right?? Except for the fact that Si is like jonsing for Luc and vise versa! and let me give you snippets of how hot this man is:

“I’ve wanted to own every part of you since I first met you. I want to hear you beg me to keep you.”

“I don’t want just sex from you, because I need you to submit to me. Completely. I want all of you and I’m determined to have it, Sienna.”

“Oh, we’ll fuck Sienna. Believe me, it’s been bound to happen since I first laid eyes on you. But this time it’s going to be because you beg me, not the other way around. And when you do, it’ll be because you’re ready to completely give yourself to me.”

I loved the chemistry between Lucas and Sienna, what I also enjoyed was the fact that Sienna was a lot stronger then I originally had thoought of her. You can feel the sexual tension between these two and it makes for a great read. I remember certain scenes where I was doing this...

Another thing that I liked was the fact that yes, Lucas can be a bit domineering (that is not a bad thing EVER) but he also showed his sweet side. It was as if I was in a Lucas burrito and I wanted and needed him to devour every single part of me.

And as you all know by now there has to be drama because what is the point of a great book without that?? Yes, drama ensues and right when you are so consumed by the book guess what?? its over! and your left sad and desperate to understand why Lucas has left your life!

This was a great read, although I had to skim back over it, I never can forget Lucas Wolfe! That name will forever be burned into my brain. I mean hello his name is huge on my banner, that is how much this guy means to me. I gave this book

If you have not read this book I highly suggest you get on this shit NOW!! Believe me you will not be disappointed. This man does things to me LOL.

Remember we will be giving away the paperback in our 5000 FB likes giveaway, so be sure to keep your eye out for that.

Where to buy Devoured:
AMAZON//BARNES AND NOBLE

Where to find Emily Snow:
WEBSITE//TWITTER//FACEBOOK//BLOG
Posted by Unknown at 4:05 AM