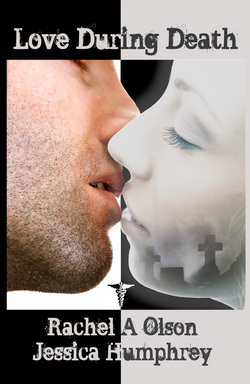 Book Synopsis:
After a series of strange and deadly events, Fia Dannii discovers what it is truly like to live after death. Stuck in the in-between, Fia sets out to discover what in life she missed that would be preventing her from passing on. When Dion walks into her life after death, Fia struggles to believe that he holds the key to her afterlife, and her heart. Fia has to choose between loving Dion or walking the earth forever as an entity, stuck in the in-between.

Love During Death Excerpt:
“Good night, Fia Dannii. Thank you for a most enlightening evening. Can I give you a call later?” Dion gave her an amused smirk, his teeth barely releasing from his lips.

“I’d like that. Goodnight Dion.” Fia returned the smile and gave him a reluctant wave. Dion made to take his leave and turned away from her, pressing the elevator button. His hand began clenching into a fist, resisting the temptation that was flowing through his veins. As Fia unlocked her door, she curved her face in his direction immediately mesmerized by his burning gaze. Before she had any time to think, Dion had her body forced into the door. Taking her face in his hands, fingers tangling in the short hair at the base of her neck, Dion drew her lips into a sudden desperate kiss. Blood rushed to her skin as she wrapped her arms around him enveloping the space between them. They slowly searched each others’ mouths, the tension slowly building. As quickly it had begun, Dion leaned his head back searching her eyes, catching his breath.

“Good night. Until we meet again.” He placed another lingering kiss on her lips before backing away from her. Fia felt as if her body was dunked in cold water as he increased the distance between them. With perfect timing, the elevator doors opened and Dion moved inside, pressing the ground level button before he had a chance to change his mind 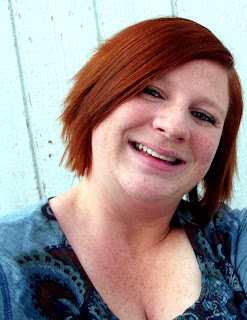 I first discovered my passion for writing when I was in 4th grade. I wrote a children's story for a school project about a man who created his own pet - a blob that ate everything. Little did I know that the entire school was participating in this project, not just my class. When deadline came, all books were sent to a group of college students, who then read and rated them. It became a big event at the school. Parents came to listen to students' stories read aloud, some kids winning prizes for individuality, penmanship, grammar, the works. I sat patiently as they announced the winners, knowing in my heart of hearts that my book was nothing special. Then came the grand prize. The student who had the best book out of the entire elementary school. The top dog. My mind raced with name after name of who I thought should win. Never once did I ever think it would be me. They had to repeat my name three times. I heard them every time, but was in too much shock to make my legs work. 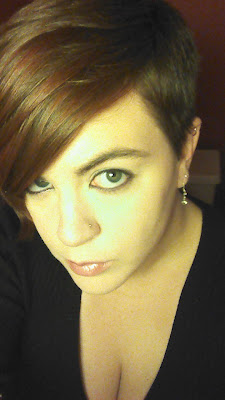 I first started writing when I was sixteen years old. I had a dream that sparked my imagination, I was practically forced to begin writing it down.  The protagonist opened the door to a whole other world inside my head. Before I knew it, I'd written an entire novel and I've never stopped since!

Reading and writing have always been a way of escaping for me.  Diving into words let's me see and do things that only exist in my dreams. Some take twisted and painful passages, but I have even learned to embrace the light as well as the dark. As an author, my goal (near and far) is to share my worlds with others, letting them walk down a different path, experiencing things outside their own realities. Helping them grow and embrace this journey called life. Writing is my passion and I hope to provide others with the joy and wonder so many authors have given to me.