Review of Between Friends by Amanda Cowen

Between Friends
by Amanda Cowen

Blurb:
When neurotically challenged and unlucky in love Megan Daniels is propositioned by her life-long friend Ben Romano with a coin toss (heads, they sleep together, tails, they don’t) the night before they are about to attend a destination wedding, she drunkenly accepts his challenge. But when Megan wakes up the next morning with a bad hang-over and Ben in her bed, she is more than mortified. It isn’t until the tropical heat begins to ignite emotions Megan never believed or thought she could possibly have, when she starts to question if risking their friendship is the answer to finding true love.

A cute and contemporary debut novel, BETWEEN FRIENDS faces one girl's struggle between the fine lines of friendship and love and the risk of opening up her heart to the possibility of forever.

Dee’s Review:
Ever had that best friend that was a man? Or for you men, a woman? The one who is there for you through everything? I do. I remember that person, hell we’re still close. Now, I try putting myself in her shoes.

Being that age, no boyfriend, about to go to paradise for your friend’s wedding. So what would I do if my best friend and I may have drunkenly agreed a coin toss for sex. Then, I wake up next to said best friend after a night of sex? Hot sex..

Well... I'd get up and make small talk like it never happened. But that's just me. I can understand the embarrassment.  That’s what Megan does, she is so embarrassed, and you can’t help but feel for her. The "oh shit" moment kicks in and she runs. awkward... 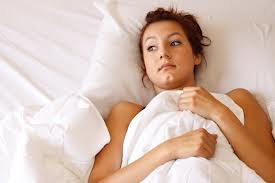 They’re friends, AND they work together. This could get awkward. SUPER awkward if it ends badly.. But.... Then when true feelings start to come out, what better of place to come out than paradise? Good lord!!! And when they come out, and start to have some fun… ITS FREAKING hot HOT!!! BEN IS HOT!!

Too bad no one can know. That part I didn' really get. But then throw in some major jealousy.. on both the parts of Megan and Ben... Then mix in a little

alcohol... and maybe even some sunsets and secret rendezvous.. and then BAM!! Everything comes out.. and boy does the shit hit the fan. Now, I can't say I agree with how Lauren handles the truth that comes out. Okay let’s say I greatly disagree with how she handles it. Drama Queen...sorry...

but it's true. Who does that!! It's way out of proportion. And Poor Megan!!! Granted the punch heard round the island wasn't the best timing, but come on. This isn't about you. It's Lauren’s wedding but it wasn't about you Lauren, COME ON!. 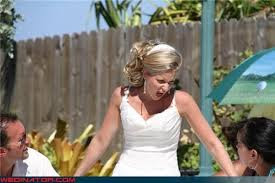 I know it was bad, but I didn't think it was that bad..And then Ben leaves! Gaaaah!! Chaos!! I couldn't believe the way It all went down this way, let alone the fall out. I felt horrible for Megan. But... the makeup is the best. The way it all comes together in the end.. Great Ending. Happy Birthday Megan!!

This book was so good. I highly suggest it. I give it 4 hearts. Pick this up and read it. It's super cute.

Between Friends can be bought here at amazon and  Goodreads