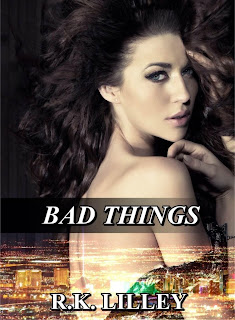 Danika hasn’t had an easy life. Being insanely attracted to bad boys has never helped make it easier.

One look at Tristan, and every brain cell she possessed went up in smoke. This man was trouble with a capital T. It was a given.
She knew better. Bad boys were bad. Especially for her. Considering her history, it was crazy to think otherwise. So why did crazy have to feel so damn fine?

For as long as she could remember, Danika had been focused on the future with single-minded purpose. Tristan came along and taught her everything there was to know about letting go, and living in the present. She fell, hard and deep. Of course, that only made her impact with the ground that much more devastating.

So everyone knows i love my doms, well if you don't - you do now. So naturally since I loved James Cavendish, I expected to love Tristan just as much. Don't get me wrong, I did. I'm just not sure what the point of this story was. There wasn't anything that was huge, no real true cliffhanger ending. It just kinda ended inthe middle of the story. Okay let me back up. Danika is a college student/nanny who acts like a 40yr old but is only 21. When Tristan walks into her life, he helps her live and have fun, and let go. Something she needs greatly. They try being friends, which doesn't exactly work out. I mean If you were pressed against that man meat and seeing that every day, or watching him Interact with kids, just being all around awesome. Then add he is a singer and the tattoos and muscles. I mean that is like danglin a steak in front of lion. Of course RK sucks us in with the man, but in this book we don't really get to see the kink, just a taste of the Dom. And god it's hot. Let me just tell you there are more than one scene where .. Yeah.. HAWT!  Like panty melting hot. But I don't know the point. It seriously seems to me this was just a background on their relationship- we still don't know how they get to where their relationship is in the "up in the air" series. But... It did give us background on how James Cavendish net Danika and Tristan, his closest friends in his books. I jut was left feeling like there could've been more. Maybe it's because I know the story isn't over. I don't know. But I liked it. 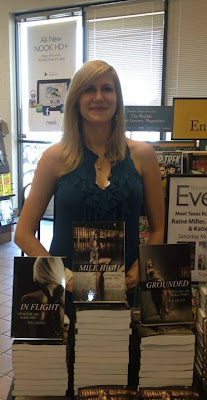