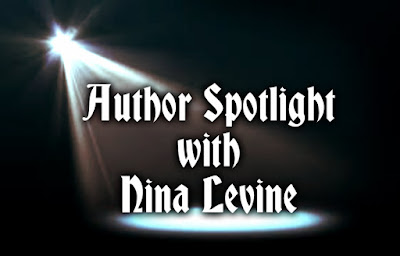 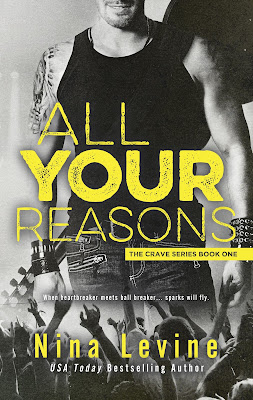 SYNOPSIS
Jett Vaughn has one thing on his mind these days - Presley Hart.  He will do anything it takes to make her his.  At least, he thinks he will.
Presley Hart wants one thing in life - a man who will make her his number one.  After being married to a man who never put her first, she swore she'd never settle for second best again.  At least, she thought she wouldn't.
When Jett's life comes crashing down around him, his flaws are laid bare for all to see.  Presley stands by her man but there's only so much she can do to help him.  She loves him and wants to be with him but she has her limits and Jett's about to reach them.
In the midst of hurt, loss and destruction, can love win out?  Can a man who is struggling to find his way, show the woman he loves just how much he wants her to be the one?  Or is there only so much a heart can take before enough's enough? 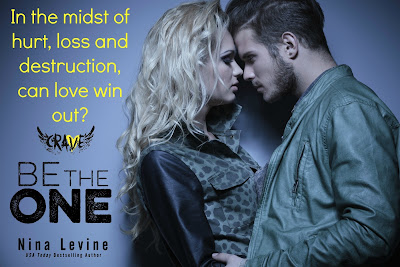 Rockstar, Jett Vaughn, isn’t against settling down, but no woman has ever held his attention long enough for a relationship to develop. That is until he meets Presley Hart. She’s confident, opinionated and headstrong. She drives him to the edge of crazy, but he can’t deny how she makes him feel.

He wants her heart, but she only wants his body.

Presley’s not against giving her heart to a man, but she has too many reasons why he’s not the one to give it to. Jett isn’t a man who will take no for an answer though. He’s about to declare war on her reasons and take what he wants. 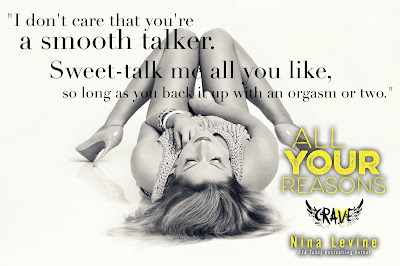 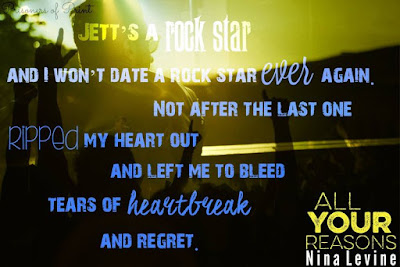 When she isn't creating with words, she loves to create with paint and paper. Often though, she can be found curled up with a good book and some chocolate.

She loves to chat with the readers of her book so please visit or contact her here:

Where you are from – Brisbane, Australia

Tell us about yourself – I’m a dreamer who loves to use my stories to share the pieces of my heart I can’t always find the words to express out loud. I live in Brisbane, Australia with my sixteen year old daughter and two cats. I have an unhealthy addiction to Nespresso coffee, mojitos and cheese.  Oh, and to Keith Urban too… I’ve always written but never had the confidence to publish my books until late 2013.  I’m proof that it’s never too late to follow your dreams because at the age of thirty something I am finally living the life I have always dreamt of. If I could tell people one thing, it would be to never ever stop searching for that thing that makes their soul happy because once you find it, it changes your entire life.

Your latest work in progress – Be The One which is the second book in my rockstar series (the Crave Series).  It releases on the 26th June.

When did you begin writing and why? – when I was 12 because I loved it.  I wrote all the way through my teens and early adulthood but stopped for many years after my daughter was born.  I wrote in journals through these years but then began writing stories again when she was a bit older.
In 2012 I started to write two books of which Storm was one of them and I published it in November 2013.

What inspires you to write? – many things but mainly because I can get lost in the words and those words are my way of working through things in my life.

Are any of your books based on something personal that has happened in your life? – some parts of my life are weaved into the stories

Favorite book? – The Sea of Tranquility by Katja Millay

Would you change anything that has happened to you? – That’s a tough question because hell yes there are things that happened in my life I would never want to go through again BUT at the same time they made me who I am today and I wouldn’t change much about my life today.  But yes, there are a few things I would definitely change.

From Be The One (Crave #2)
His face twists into a mask of anger as he squeezes the necklace. “Is this about last night? I told you I couldn’t blow that appearance off. The band needed me.”
I should be upset that he doesn’t get it. Disappointed. Hurt. Any or all of these feelings should be filling me at this point, but I am way past that.
I’m numb.
The jagged tear his indifference causes in my heart barely registers because I’m so fucking numb.
I shake my head. “You don’t get it, do you? This is about everything, Jett. Last night was just the last thing. I refuse to be the one who’s always dumped for something else. I told you when we started that I wouldn’t come second ever again and I’ve let you do that to me for too long now.” I draw a deep breath and take a step away from him. “I’m done.”

What’s the hardest part of writing? – Not being distracted by the other parts of this job ie the marketing, the accounting, the planning etc etc

Do you have any advice for other authors? – Know your goals with your writing because having a goal to quit your day job is vastly different to having a goal of writing as a hobby and will require a different path to achieve it.

Do you have any other hobbies? – Jewellery making, art journaling and scrapbooking…although I haven’t done these in a long time now.

Favorite TV show and song? – I am currently addicted to Nashville (country music lover!!). I can’t pick any one song… I love rock and country the most though.

Fast Fire Round Pick One:

Inside or Outside? Inside

Beard or No Beard? Mmmm… I love the look of a beard but prefer without

Long Hair or Short? – both!

Missionary or Doggiestyle? Lol neither ;)


Ice Cream or Candy? Ice cream but it has to be Pralines and Cream! 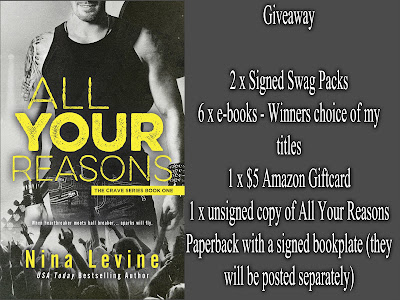