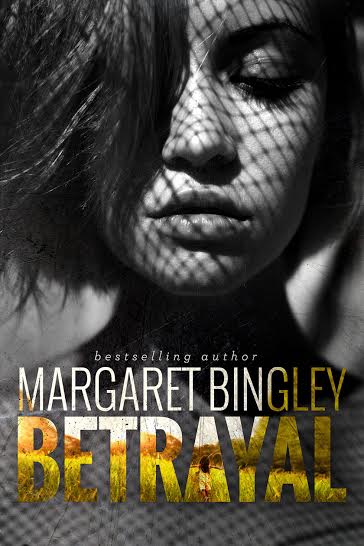 Set in the second half of the twentieth century, Lisa Green comes from a world of privilege, but only in the way of wealth, not in love. When a turn of events leaves her single, with an Autistic child to raise, without the means to support herself, Lisa gets stuck in an abusive new relationship that she is desperate to get out of. BETRAYAL catalogs one woman’s search for love without conditions, sexual or otherwise, in a world that seems bent against her.

Margaret Bingley was born in Sutton, Surrey and educated at Sutton High School for Girls GPDST, where she won the school English prize, and then at Rickard’s Lodge Secretarial College in Wimbledon. After that she went to work at the BBC in London, and later moved to work for The Heinemann Group of Publishers at Lower Kingswood in Surrey, where she met her future husband, Alan.

In 1974, Margaret and Alan moved to Grantham in Lincolnshire and In 1976 their son, Alex, was born. One day, after reading a particularly boring book, she decided to try and write one herself and eventually, after many trials and tribulations, her first book THE DEVIL’S CHILD was published. Much of the book was based on those early, halcyon days of motherhood.

She continued writing steadily from 1983 onwards, and in February 2000 she also started writing a weekly column of 400 words for the local paper, The Grantham Journal, entitled ‘The Way I See It’.

Apart from her work, Margaret enjoys reading, opera, dry white wine, Foyle’s War (or anything else with Michael Kitchen in it!) and gardening.

She does not like reality TV shows, ‘alternative’ comedians or Political Correctness.