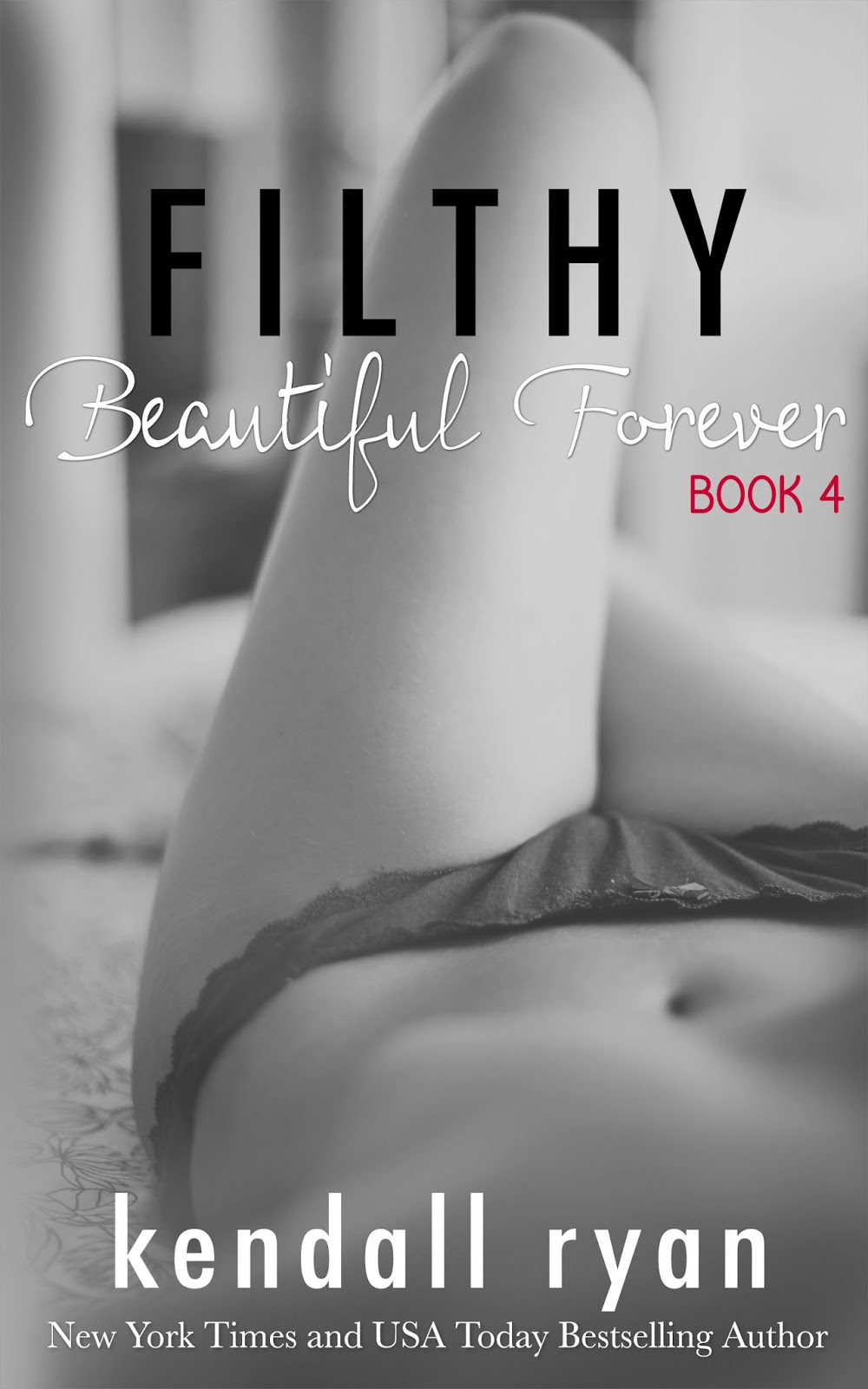 Collins Drake exercises control over all

facets of his life. From his business, to satisfying his physical needs … it all happens on his command.

So when a woman shows up at his door and

reminds him of a promise they made each

other when they were just ten years old, it

shouldn’t have the ability to rock his entire

Because Mia Monroe wasn't just his

he lost his virginity to and hasn't seen since,

she's the one exception to his perfect control.

And piece by piece, she's about to tear apart 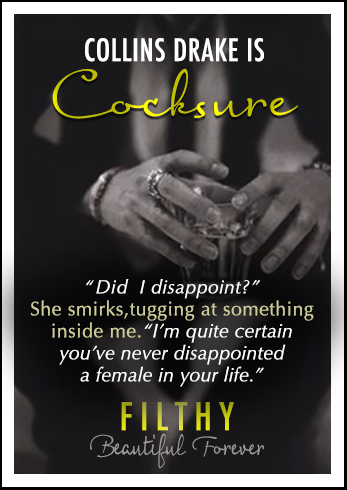 About The Author:
Kendall Ryan is the New York Times and USA Today bestselling author of contemporary romance novels, including Hard to Love, Unravel Me, Resisting Her and When I Break.
She's a sassy, yet polite Midwestern girl with a deep love of books, and a slight addiction to lipgloss. She lives in Minneapolis with her adorable husband and two baby sons, and enjoys hiking, being active, and reading.
Visit her at: Website for the latest book news, and fun extras

THE SERIES:
Filthy Beautiful Lies
**Warning: this book contains an addictively filthy alpha male who will dampen your panties and own your days and nights. Proceed at your own risk.**

I have no idea why she auctioned off her virginity for a cool mill. Regardless, I’m now the proud new owner of a perfectly intact hymen. A lot of good that will do me. I have certain tastes, certain sexual proclivities. My cock is a bit more discriminatory than most. And training a virgin takes finesse and patience – both of which I lack.

**Warning: this book contains an additively

filthy alpha male who will dampen your

panties and own your days and nights.

Proceed at your own risk.**

I never expected to watch Sophie walk away.

She was mine. I would own her. She just

didn’t know it yet. New goal: Seal the deal

and rock her world so thoroughly she never

Beautiful Love is the provocative conclusion

Pace Drake loves sex. He knows where get it, what to say, what to do, and he makes no apologies for satisfying his needs. But when he meets single mom, Kylie Sloan, he's enthralled by her, and begins to question his standard operating procedure. After all, there's no chase, no mystery when banging a woman in a nightclub bathroom. Kylie's depth and determination make the sloppy, drunken hookups that fill his weekends seem empty and shallow. She's the opposite of the desperate, clingy women he's used to. She doesn’t want or need anyone to take care of her and that only makes him want to care for her more.

Kylie's trust in men has vanished. The last guy she was with played ding-dong-ditch-it with her uterus and left her with a baby to raise. Now her infant son is the only man she has time for, even if she misses sex and intimacy more than she'd ever admit. Opening her heart up to a younger man who's best known for no-strings-attached sex and his casual lifestyle is probably the worst idea she's ever had. But Pace wants to prove to her there are still a few good guys left, and watching the sweet way he interacts with her baby makes her want to try…but she can really trust that his days of hitting it and quitting it are in his past?

Amazon UK
Posted by Unknown at 5:30 AM