Amber to Ashes by Gail McHugh Review by Sandie + Giveaway 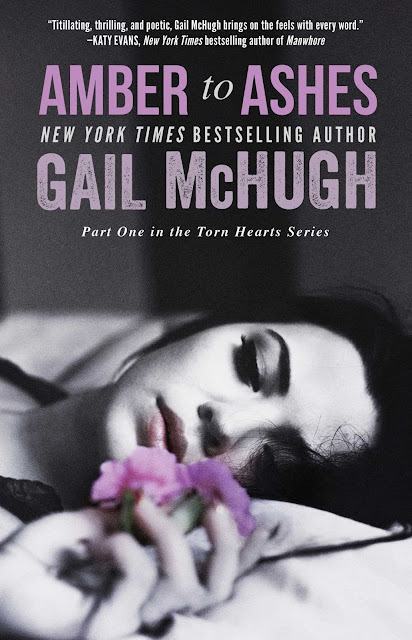 They were a storm I never saw coming, an unforeseen heartbreak on the edge of a dangerous cliff.

In AMBER TO ASHES (Atria Paperback; June 9th, 2015), Amber Moretti’s life changes in the span of minutes. An orphaned outsider, she is desperate to start fresh the moment she walks onto campus. In the time it takes to cross the university’s dining hall, she meets two men who bring color, air, and light to her darkened world.

They became my addiction, each a needle to my next hit, my high.

Brock Cunningham’s appeal is dizzying, a potent force Amber can’t deny. A green-eyed smooth talker, he instantly attracts Amber. It doesn’t take long for him to consume her every thought, her every breath.

Ryder Ashcroft, a blue-eyed, tattooed, and pierced bad boy, turns Amber off immediately—that is, until he kisses her, stealing a piece of her heart, her soul.

They were as opposite as fire and ice, yet I ached for them equally.

Never knowing she could be broken down in so many unexpectedly beautiful yet petrifying ways, Amber finds herself falling for both men.

But one devastating event changes everything, shattering each of their lives...and Amber isn’t sure she can recover from it.

This book had me hooked. The way Gail McHugh weaved this tale was exponential.

I've read many books in my day but this book had me guessing. I wasn't prepared for many of the twists that happened. I was pacing my floor staring at my kindle. I literally yelled at it saying NO that can't be right. Just to re-read it and it was exactly the same.

The three main characters were each intriguing. I needed to know more about them and Gail torched me by revealing their characters slowly. It works for the story because trust me if she had just put it right out there it wouldn't have worked as well as it did.

Amber is a girl who had to overcome so much in her young life. Meeting the two guys was never intentional and believe me they had to fight to just get her attention. I loved that they are the popular jocks and she's just an everyday girl wearing Walmart clothes. She is feisty and stubborn but for good reason.

Brock ahhh I liked Brock but some of the things he did and has Amber do eeehhh I wasn't too thrilled with. I mean at one point I was yelling at my Kindle (again) telling him DON'T DO IT NOOOO my heart broke for them because really!!!

Ryder oh yeah Ryder I love him. Geesh this book had my head spinning at one point I was like yeah team Brock then slowly along the way I started falling for Ryder. I was sad for him and the things he was going through in his life.

I never thought I could care so much for three characters like this. Usually in a love triangle its very obvious who the girl should be with but in this book OMG I wanted them to be polyamorous. I wanted all 3 of them to life happily ever after together but NOOOO that's not real. That ending though! WTF??? man oh man.

Gail McHugh has written a book that is heart stopping, heart pounding and leave you wanting more. It's not conventional but when your heart loves and wants what it wants it may not be an easy choice. This book had me enthralled. The writing is smooth never making me second guess or think how the hell did that happen. 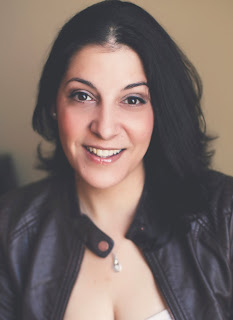 Gail McHugh is the author of the New York Times bestsellers Collide and Pulse. She is the mother of three beautiful children and has been married to her husband for fifteen years.