COVER REVEAL for IN THE GRAY by A.D. McCammon 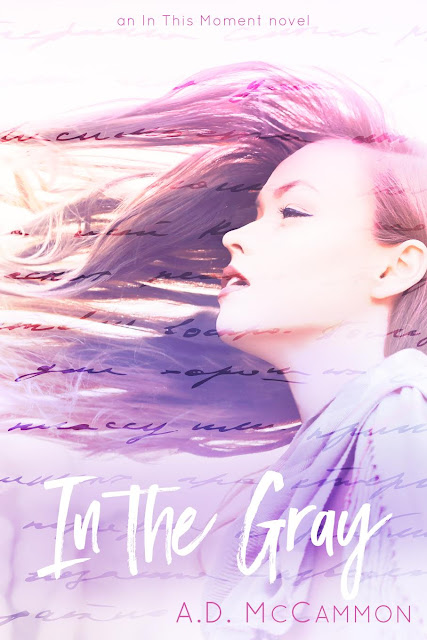 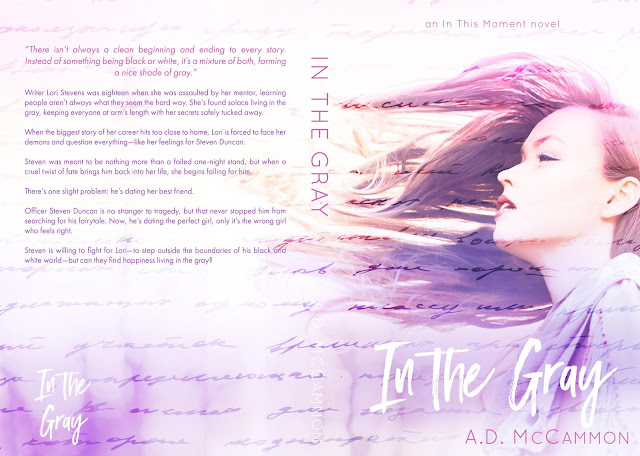 Writer Lori Stevens was eighteen when she was assaulted by her mentor, learning people aren’t always what they seem the hard way. She’s found solace living in the gray, keeping everyone at arm’s length with her secrets safely tucked away.

When the biggest story of her career hits too close to home, Lori is forced to face her demons and question everything—like her feelings for Steven Duncan.

Steven was meant to be nothing more than a failed one-night stand, but when a cruel twist of fate brings him back into her life, she begins falling for him.

Officer Steven Duncan is no stranger to tragedy, but that never stopped him from searching for his fairytale. Now, he’s dating the perfect girl, only it’s the wrong girl who feels right.

Steven is willing to fight for Lori—to step outside the boundaries of his black and white world—but can they find happiness living in the gray? 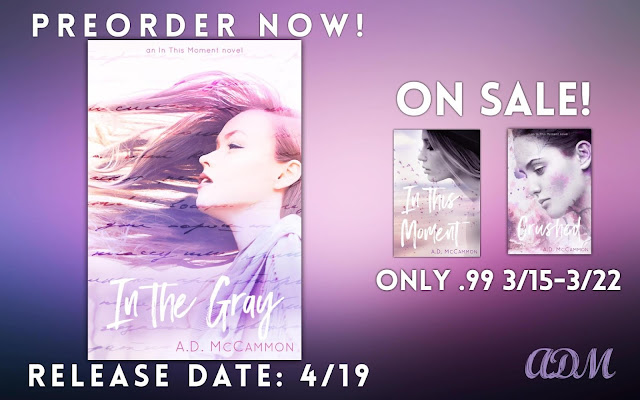 Amber McCammon is a daughter, sister, wife, mother, avid reader, and writer. Her debut novel In this moment was released in January of 2017. She's currently working to complete the series. Crushed, book 2, will be released August 10, 2017. When Amber isn’t focusing on her family or the written word, she enjoys traveling, crafts, and music.She's a Tennessee native with a Bachelor’s degree from the University of Tennessee at Martin, where she discovered her passion for writing and met her husband. Authors like Tarryn Fisher, Colleen Hoover, Kim Holden, and Jamie McGuire inspired Amber to follow her heart and venture out into the world of self-publishing. She's beyond excited about getting the chance to see her dream come to life.