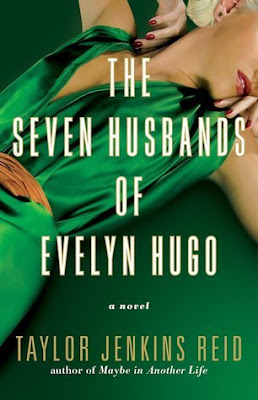 Aging and reclusive Hollywood movie icon Evelyn Hugo is finally ready, to tell the truth about her glamorous and scandalous life. But when she chooses unknown magazine reporter Monique Grant for the job, no one in the journalism community is more astounded than Monique herself. Why her? Why now?

Monique is not exactly on top of the world. Her husband, David, has left her, and her career has stagnated. Regardless of why Evelyn has chosen her to write her biography, Monique is determined to use this opportunity to jumpstart her career.

Summoned to Evelyn’s Upper East Side apartment, Monique listens as Evelyn unfurls her story: from making her way to Los Angeles in the 1950s to her decision to leave show business in the late 80s, and, of course, the seven husbands along the way. As Evelyn’s life unfolds—revealing a ruthless ambition, an unexpected friendship, and a great forbidden love—Monique begins to feel a very a real connection to the actress. But as Evelyn’s story catches up with the present, it becomes clear that her life intersects with Monique’s own in tragic and irreversible ways.

Written with Reid’s signature talent for “creating complex, likable characters” (Real Simple), this is a fascinating journey through the splendor of Old Hollywood into the harsh realities of the present day as two women struggle with what it means—and what it takes—to face the truth.

I did not know what I was getting into with this book but WOW! I have never read anything by TJR and I am so glad that this book, THIS BOOK was the one to introduce me to her. Right away I was hooked by her writing style. It was easy and seamless then as the characters were introduced I understood why everyone was in love with her books.

Monique is working for 'Vivant' she is virtually an unknown writer but is chosen by Evelyn to write her biography. I thought it was an odd request but HOLY SHIZZLE! I never saw that coming when it is finally revealed and OMG I just couldn't believe it. Okay, I could but still, it was executed perfectly and I swear I did not see it coming.

The deeper the story Evelyn wove the more entranced I was with her character. She made mistakes and did things that were not nice but that just made her more human. There are several things in my life I wish I had done differently but I can't and I just have to accept the consequences of those actions much like Evelyn does. With every tale, Evelyn tells about her husbands my emotions were everywhere and Harry, God I love him so much. I cried a few times during the book because man her life had so many ups and downs and I have no clue how she survived some of those things. There were times that Evelyn made me mad but in the end, I could understand some of her choices. I think that is what had me so engrossed in this novel.

What I really loved was the fact that I thought this book was going to just tell a simple tale of a Hollywood actress but what I got was so much more. The passion, love, and loss had me reeling. While I have read books about Hollywood A-list actors this one was so different and emotional. I am so glad that I went into this book completely blind because the love story was beautiful and so important. It needed to be told and in this way.

In the end, Taylor Jenkins Reid wrote a riveting, fascinating, and heartwarming poignant tale with twists and turns I did not see coming. Those secrets revealed by Evelyn gah, my heart! This is one of my top books of 2017 easily. 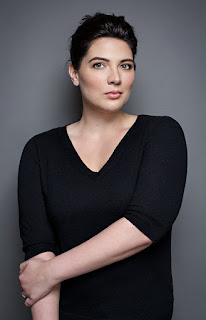 Taylor Jenkins Reid lives in Los Angeles and is the acclaimed author of One True Loves, Maybe in Another Life, After I Do, and Forever, Interrupted. Her books have been named a “Best Book of Summer” by People, Cosmopolitan, Glamour, InStyle, Good Housekeeping, USA TODAY, Redbook, Us Weekly, Parade, PopSugar, Buzzfeed, Bustle, Brit+Co, Goodreads, and others.