SWEAR ON THIS LIFE by Renee Carlino Release Day Launch

SWEAR ON THIS LIFE
By: Renée Carlino
Release Day: August 9. 2016 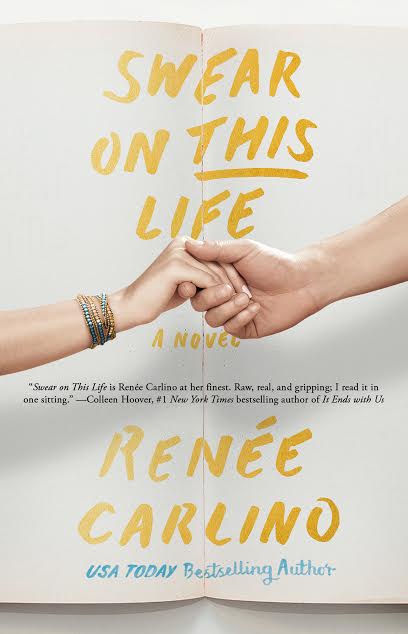 From USA TODAY bestselling author Renée Carlino (Before We Were Strangers), a warm and witty novel about a struggling writer who must come to grips with her past, present, and future after she discovers that she’s the inspiration for a pseudonymously published bestselling novel.

When a bestselling debut novel from mysterious author J. Colby becomes the literary event of the year, Emiline reads it reluctantly. As an adjunct writing instructor at UC San Diego with her own stalled literary career and a bumpy long-term relationship, Emiline isn’t thrilled to celebrate the accomplishments of a young and gifted writer.

Yet from the very first page, Emiline is entranced by the story of Emerson and Jackson, two childhood best friends who fall in love and dream of a better life beyond the long dirt road that winds through their impoverished town in rural Ohio.

That’s because the novel is patterned on Emiline’s own dark and desperate childhood, which means that “J. Colby” must be Jase: the best friend and first love she hasn’t seen in over a decade. Far from being flattered that he wrote the novel from her perspective, Emiline is furious that he co-opted her painful past and took some dramatic creative liberties with the ending.

The only way she can put her mind at ease is to find and confront “J. Colby,” but is she prepared to learn the truth behind the fiction? 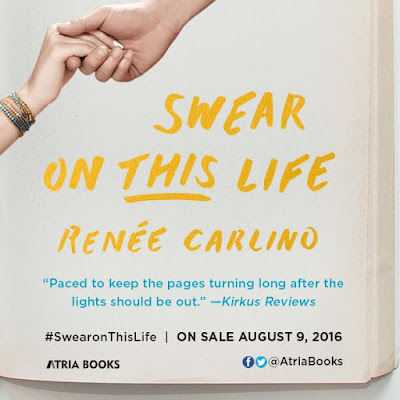 I LOVED THIS BOOK! Like LOVED so much to the point that I read it all in one sitting. The way the author wrote this book to the plot and the way the story is executed I mean seriously I couldn't get enough. The characters oh man these characters have stayed with me long after I had finished reading. I still think about this story constantly because it's EVERYTHING.

I have read Renee Carlino's work before and I enjoyed them all but this story, it's different and hauntingly beautiful. The story within the story had me in awe. I mean how the hell did she even do that? Emiline has been through so much in her past. To read the story of Emerson and Jackson makes her face her past, makes her examine her present and makes her ache for a different future. She may not know how this book written by J. Colby will begin to affect her but it does and so begins her journey.

When I began to see the picture of Emiline's past, my heart ached for her as well as Jace. I just kept thinking my God please no more, no more and more just kept coming. I wanted to hug them and shelter them but as the story went on I was upset with the characters, not because they did anything wrong more like they embedded themselves in my heart and I couldn't take it.

This is not your typical love story and there were parts that made me cringe but overall Carlino's words and the way she wove the story with in a story had me completely in awe. I have never experienced a book quite like this before. Everything about it made me fall in love. Jace and Emiline's story is raw, really makes you think about children all over this country. It makes you face the reality that not everyone has a safe place to go to after school. I recommend this book very highly and if I could give it 10 hearts I would. 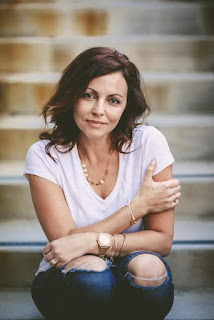 Renée Carlino is a screenwriter and bestselling author of contemporary women&#39;s novels and new adult fiction. Her books have been featured in national publications, including USA TODAY, Huffington Post, Latina magazine, and Publisher's Weekly. She lives in Southern California with her husband, two sons, and their sweet dog June. When she's not at the beach with her boys or working on her next project, she likes to spend her time reading, going to concerts, and eating dark chocolate. Learn more at www.reneecarlino.com 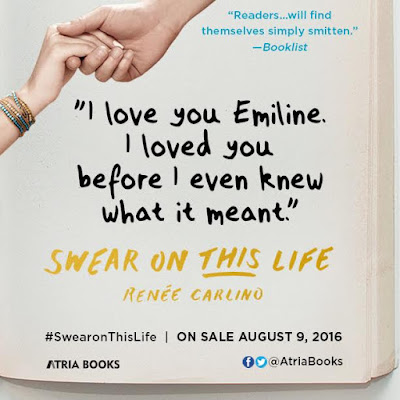 During the winter we pretended our way through the classics, read every popular kid’s book and by spring of our sixth grade year, the spring of all the rain, we were ready to be outside and explore again.

There was a creek about half a mile back from our houses, past the tree line. Because of all the rain that year, it had become more of a river with the strongest currents right behind where we lived. Every adult warned us to be careful, even my dead-beat dad would say, “You better use that big brain of yours and stay out of the creek. You want to go swimming, you can go to the pool in town.”

Funny he would say that because the community pool was a seven-mile bike ride and it cost three dollars to get in. There was no way I was going unless Leila, Jax’s mom gave us a ride and even then, I would have to borrow the money to get in. Frankly, going to the town pool was a pipe dream. It became a myth to us, a fantasy like Disneyland or Europe. Jax and I would try to imagine what it was like to go there.

“I bet they sell popsicles and popcorn and they probably have clowns too,” I said.

It was a warm day; we had made a picnic in the weeds. I laid out my Toy Story sleeping bag I’d had from when I was a kid. Jax brought a jar of applesauce and I brought Fun Dip that my dad had bought me at the 7-11. We mixed the fun dip into the jar and took turns eating spoonfuls.

“Because I just do.”

“I bet there’s a high dive, like fifty feet in the air.”

“Do you know how high fifty feet is? You would die hitting the water. The impact would kill you.”

“You’re such a know-it- all, Jackson. Why can’t you let a girl dream? We’re never going to that pool
because no one will ever take us, plus, it costs money, and last time I checked you weren’t making any.”

He lay back on the blanket and propped his hands behind his head and closed his eyes. “I’m not a know-it-all, I just have cable. And as soon as I turn sixteen, I’m getting a job. I’ll pay for us to go to the pool. You’ll see, it’s just a big hole with water in it.”

I never really stared at him until that day. His eyes were closed so I took the time to inspect every inch of him. I was so curious about his body. My own body was changing and I was terrified of it. Jax was getting taller. He was going to be tall like his father, but he looked more like his mother in coloring and features.

Jax’s mom was French, so they had this creamy skin that looked sun-kissed year around and his brown hair and brown eyes had streams of gold running throughout it. He was letting his hair grow longer because he’d been watching some show on TV that took place in California. He said everyone in California had long hair.

I was trying to grow my own unruly, brown locks out. I don’t know why, I always had it in a braid. Maybe because I thought I would go to California with Jax one day. We both yearned for more than weeds and corn. All the books gave us those silly ideas and filled our heads with things that might never be.

I lay down beside him and stared directly into the sun. He turned on his side and propped his head on
his elbow.

“You’ll go blind doing that,” he said in a low voice.

“Why are you in such a bad mood? You PMSing?”

“What do you know about it?”

“I doubt that and even if I were, it’s beyond rude to talk to me about it.” I hadn’t started my period yet
but I wasn’t going to tell him that. 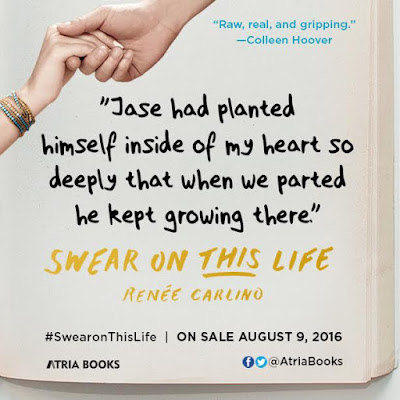