From New York Times bestselling author Jay Crownover comes CHARGED, the latest in her sexy The Saints of Denver Series, releasing May 24th! Known for her strong heroines and alpha males, you won’t know what hit you as you read Avett and Quaid’s story. Keep reading for more about the Leagle Eagle and Avett and order your copy today.

From the New York Times bestselling author of the Marked Men books comes the second installment in the Saints of Denver series featuring a bad girl and a by the book attorney who could be her salvation…or her ruin.

Avett Walker and Quaid Jackson’s worlds have no reason to collide. Ever. Quaid is a high powered criminal attorney as slick as he is handsome. Avett is a pink-haired troublemaker with a bad attitude and a history of picking the wrong men.

When Avett lands in a sea of hot water because of one terrible mistake, the only person who can get her out of it is the insanely sexy lawyer. The last thing on earth she wants to do is rely on the no-nonsense attorney who thinks of her as nothing more than a nuisance. He literally has her fate in his hands. Yet there is something about him that makes her want to convince him to loosen his tie and have a little fun…with her.

Quaid never takes on clients like the impulsive young woman with a Technicolor dye job. She could stand to learn a hard lesson or two, but something about her guileless hazel eyes intrigues him. Still, he’s determined to keep their relationship strictly business. But doing so is becoming more impossible with each day he spends with her.

As they work side-by-side, they’ll have to figure out a way to get along and keep their hands off each other—because the chemistry between them is beyond charged. 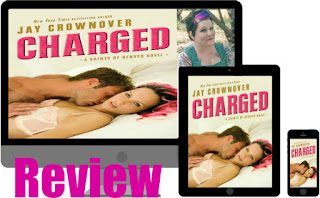 I love when I come across a book that keeps me intrigued and invested in the characters so much so that I don't want to do anything but read. This book is just that.

Jay has once again written a novel with characters that are not simple and easy. They are complex and evolve over the course of the book. Avett was not one of my favorites but as I read and became more involved with her life and story I got it. I see why and I can appreciate her for that. She is one of those characters who doesn't care what anyone thinks and I love that. Moreover getting to see in her head and truly getting to know the depths of her hurts and wants was amazing along with the fact that she doesn't hide behind anyone or anything. She will tell you straight out what she has done and for me that in and of itself is a redeemable quality in anyone.

Then there is the other protagonist Quaid, oh sweet gods of men in fitted suits.

He is Avett's attorney and the complete opposite of her. He has built a career for himself and it shows. Yes, he has worked with others he felt were guilty but it's not the same with Avett and hot damn!

Even though when I first began this journey I was like Oh so it's like opposites attract type story, alright cool. Quickly I learned that this story is so much more. Learning and growing, seeing the depths of another person and not just what they appear to be.

Jay Crownover knows how to write a solid book. Now you all know I am not one for age differences (yucky) but this was written so well that I didn't even care and that is HUGE! Everytime I read one of her books I know that I will get a great story with elements of love, romance, drama, and characters too sexy for my kindle. Love the fact that past characters appear as well. It just feels like family. 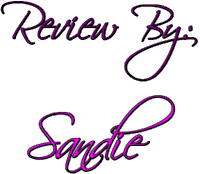 And don’t miss the first titles in The Saints of Denver Series!

Jay Crownover is the New York Times and USA Today bestselling author of the Marked Men, The Point,and the Saints of Denverseries. Like her characters, she is a big fan of tattoos. She loves music and wishes she could be a rock star, but since she has no aptitude for singing or instrument playing, she’ll settle for writing stories with interesting characters that make the reader feel something. She lives in Colorado with her three dogs.