One Day Soon by A. Meredith Walters Blog Tour 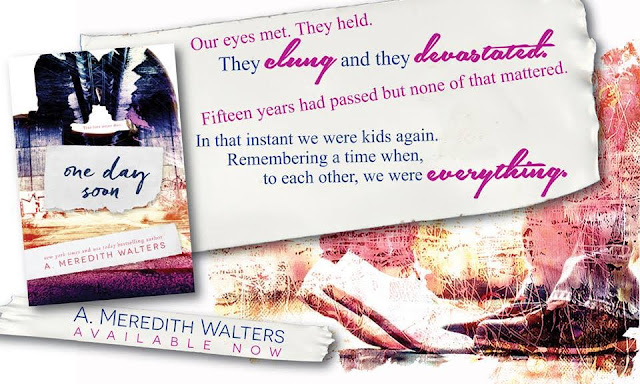 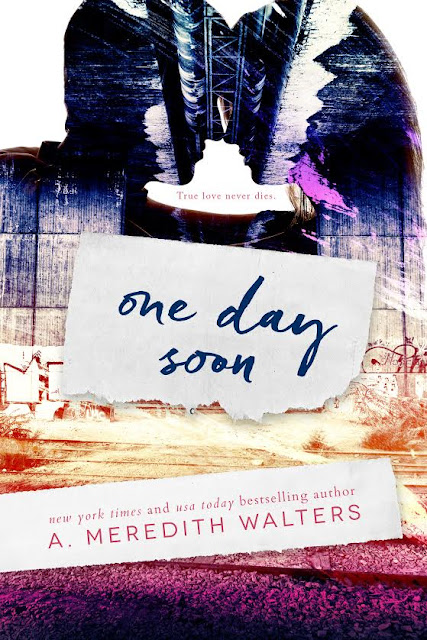 He found me in blood and tears.
I stayed with him through darkness and fire.
We loved each other in the moment between innocence and bitter truth.
We were the kids easily ignored, who grew into adults we hardly knew.
We weren’t meant to last forever. And we didn’t.
He ran away.
I tried to move on.
Yet I never stopped thinking about the boy who had fought to keep me alive in a world that would have swallowed me whole. He was the past that I buried, but never forgot.
Until the day I found him again, years after believing I had lost him forever.
And in cold, resentful eyes, I saw the heart of the man who had been everything when I had nothing at all. So I vowed to hold onto the second chance that was stolen from the children we had been.
Sometimes fate is ugly. Life can be twisted.
And who we are can be ruined by who we once were.
For two people who had survived so much, we would have to learn how to hold on before we were forced to let go.
GOODREADS: https://www.goodreads.com/book/show/26858707-one-day-soon?from_search=true&search_version=service

Yossarian Frazier wasn’t an overly complicated person. He was smart. He was thoughtful. He was generous and kind. He was loyal to a fault.

And he was someone who had been forced to make choices that would shatter most people. I could see the fragments being chipped away little by little as he struggled to hold on.

Yet he still sat beside me, with concern on his face, wanting to know if I was all right. When it was obvious he wasn’t.

So I wouldn’t add my baggage to his overburdened shoulders. I couldn’t do that to him.

“I’m fine. Just wanted some alone time. It was getting a little loud over there,” I said with as sincere a smile as I could muster.

Yoss glanced over my shoulder towards where his friends were hanging out and nodded. “I get that.”

We both stared up into the sky—red, orange, purple, vibrant, violent colors.

“Did you ever read fairytales as a kid?” I asked him suddenly.

Yoss frowned and gave me an amused smile. His too red lips stretching uncomfortably. “Yeah, I guess so. Why?”

I shrugged. “I always liked the idea of a happily ever after. That no matter what horrible things happened to people, everything ended up exactly how it should. With the perfect kiss. The fancy wedding. The evil stepsisters being forced to work as maids in the castle.” I laughed self-consciously. “I think maybe now more than any other time in my life, I could use a fairytale ending.”

I startled at the feel of Yoss’s hand on mine. He carefully, so gently, laced our fingers together.

“Tell me a story then, Imi. I want to hear a happy ending.”

What did one of those even look like?
I continued to stare into the sky and I felt something inside of me shift.

With Yoss’s hand in mine I knew something with a certainty that came with being young and crazy about a boy who was crazy about me.

My happy ending was Yoss.

Yoss’s happy ending was me.

So I gave him the story I wished we had. The one that was full of fantasy. Improbable. Unrealistic. But there was truth in it as well.

“Once upon a time there was a girl from a happy family. She was loved and adored and never wanted for anything. She spent her days surrounded by friends and family. She smiled all the time, never having a reason to cry.” Yoss squeezed my hand and I took a deep breath.

“One day she met a boy who was just as happy. And together they realized how wonderful life could be. He wanted to take care of her. She wanted to stay by his side.” Yoss rested his chin on top of my head, and I leaned into him.

“The girl had never been to the beach.”

“Neither had the boy,” Yoss added in a whisper, his lips moving against my hair.

“They decided to run away to the shore. Where they could dip their toes in the water and walk on the sand. Because everything was always better when they were together.”

“Did they live happily ever after? On the beach? Always together?” Yoss asked, his voice breaking.

I couldn’t look up at him because I knew what I’d see.

And I wasn’t prepared to see his doubt.

“Of course they did. Always together,” I murmured, shivering as the sun disappeared.

Yoss ran his thumb along the inside of my wrist. Slowly. Carefully. “We’ll walk on the beach, Imi, and we’ll dance on the sand. Because one day soon, I promise you that all this ugly will become something beautiful.” Did he believe that? How could he given where he spent his day? Where he sometimes spent his nights? How could he afford to dream the impossible?

But I wanted to dream with him.

We stayed like that for a long time, neither of us moving. I wasn’t sure if it was out of fear. Or out of contentment.

Whatever it was, it kept us still.

Lost in dreams neither of us really believed would ever come true.

This story had me bawling.
I have read so many stories in my lifetime but none quite as moving and poignant as this one.
Two kids who were not wanted end up finding each other. They lived a life, a hard one, one's that would make us cringe yet never give a second thought about when we see homeless kids in the street. My heart ached for Imogene and Yoss.
The hurt and tears they felt I felt.
I read and read and sobbed and cried.

It's not often that we find an author who is willing to put this issue in your face as the author did in this book. The good, the bad and the very ugly. She toggles between the past and the present sucking me in. I needed to know what happened to Yoss. Why and how did Imogene get "lucky" if that's how you want to phrase it. So many questions yet as layers were peeled back and I read the love that flowed between them there was no denying it. My heart was happy but I knew it wouldn't be so for too long.

A. Meredith has created a book that for me is eye opening and delivers a message not only about love but survival. The angst was so....I can't even describe it but just know that this book is a must read. It's truly worth every tear. 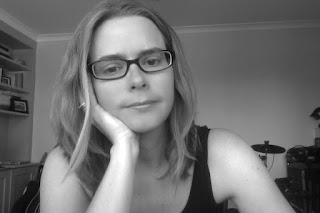 The New York Times and USA Today bestselling author of Contemporary and Paranormal romance including The Find You in the Dark and Bad Rep series as well as the upcoming stand alone romance, Reclaiming the Sand, and a dark new adult series for Gallery Books.A. Meredith spent ten years as a counselor for at risk teens and children. First working at a Domestic Violence/Sexual Assault program and then later a program for children with severe emotional and mental health issues. Her former clients and their stories continue to influence every aspect of her writing.When not writing (or being tortured with all manner of beauty products at the hand of her very imaginative and extremely girly daughter), she is eating chocolate, watching reality television that could rot your brain and reading a smutty novel or two.A. Meredith is represented by Michelle Johnson with the Inklings Literary Agency.