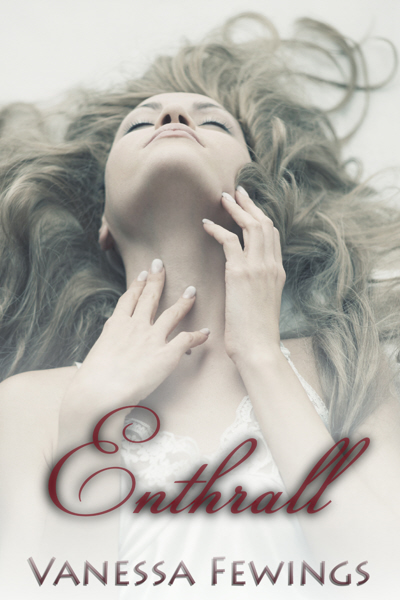 Mia Lauren is a single, twenty-one-year old working in a West Hollywood art store who dreams of one day becoming a fashion designer. When an unexpected offer arises to work at Enthrall, L.A.'s premier fetish club for the wealthy, Mia accepts. It's a salary beyond her wildest imagination.

Mia becomes the secretary to the club's assistant director, blond and broody Richard Booth. Richard is not only one of L.A.'s most beautiful and wealthiest men, he is also the club's senior dominant. Mia is both drawn and terrified when he reveals flashes of his white-hot passion, threatening an unbound pleasure like no other. She knows her attraction may be her undoing, but the spellbinding feelings render her powerless to resist his advances.

What Mia cannot know is that Enthrall's dashing director thirty-year-old Cameron Cole, who is also the club's psychiatrist, has lured Mia to save his best friend and patient Richard from his obsession with thrill seeking. Cameron masterfully sets up sexy scenarios to ensure the collision of Richard and Mia, hoping that love will save him.

Dee's Review:
I'm still processing this book. I'm not sure how I feel about it. I don't know why .. I just don't know!!!! Let me break it down... So Mia needs a job that pays good money, she is paying her step moms hospital bills since her father passed. So her best friend sets her up with an interview at Enthrall, for the position she just left. Well Enthrall is a BDSM club for the high profile clientele type, she just doesn't know that. She's very very naive and young, and very curious. She gets the job as secretary for Richard, basically the VP. She immediately has the hots for him, but he's just an ass. Little do we know he's an ass, because he has he hots for her. The ladies who work there- the Dommes, she loves them and they love her. They quickly become this tightnit little family. Then we also have head honcho Cameron, who is Richard's best friend. He is also trying to push Mia and Richard together in an effort to help Richard "heal". Mia gets fired because Richard thinks she's too vanilla, but she gets her job back in a very seductive surprisingly way. Little do we know she's a virgin. This is where I'm like oh god. Not another one. Please not another virgin book. Well she starts to fall for Richard and he starts to push her away. But you get the feeling that Cameron may just want her too. Love triangle? Yeah my thoughts again were .. Oh man, not again. Well Cameron is a shrink, so you never really know what he's up to. There always seems to be a headgame going on. Not only is he a shrink but he's a Dom too, just like Richard. That is where I was like.. YES PLEASE! I don't know why but I took to Cameron much more than I took to Richard. Don't get me wrong I wanted Mia and Richard together.. I was hoping they worked out. What I wanted was Cameron to find a woman. I just wanted to read more about him and that trick her does with her thigh.  As the story unfolds you learn how Richard and Cameron met and you get a glimpse of how screwed up Richard is. Okay, maybe not screwed up, but hurt. Hurt is probably a better word. Seasoned. Tarnished. But it's not just because something happened to him in a relationship, he is jaded because of a ton of heartbreak that was handed to him all at one time. A ton of brick hit the poor man. Enough to break him. Once you find all this out, along with Mia, it was all the sudden then BAM they're in love. It surprised me. Like I didn't think he was falling for her, I couldn't tell. But I was wrong. He's head over heels, which is wonderful after his history. Something that he deserved. What I really loved was when Mia's world is shaken to its core- we get to see how everyone she works with has become her family. They are all there to support her and she's gonna need it. Cameron and his little bag of tricks helps ease her pain, but I have a feeling this ones gonna hurt for a while. But when I was reading that- what came around to crush her, I was kinda pissed. Pissed all of them knew and no one told her. Waiting til the right time. I hate that excuse. That really ticked me off. I felt betrayed in a way. I mean they love her, why did they keep it from her? I mean here she's gone from  really naive to kind of having opened eyes, to being a willing sub in a loving relationship. You have to trust your Dom and boyfriend. So I was left wondering.. Will this hurt their relationship ? At the end it doesn't appear so. She feels as safe and loved as ever. And believe me, she deserves it. So does Richard. But to me it just kind of ended. I don't know..see .. this is why I'm not sure how I feel about this book. I give this book 3.5 hearts.

Enthrall can be bought on Amazon and in Paperback

Vanessa has been invited as a special guest to attend the Anne Rice Vampire Lestat Fan Club's Annual Ball and Undead Con in New Orleans this Halloween. Alongside some of the most distinguished authors, including Anne Rice herself, Vanessa will be a guest on writer panels and at the author meet and greet where fans will get the chance to chat with her personally about her new vampire novel Bohemian.

Vanessa Fewings is repped by management firm IPG. Visit her on Facebook.
Posted by Unknown at 6:34 PM