We are absolutely over the moon about this Release Day launch for Courtney Cole's VERUM!!  VERUM is a New Adult dark romantic psychological suspense novel and the second book in Courtney's The Nocte Trilogy! To celebrate the release NOCTE is on sale for only $.99 through tomorrow!  Grab both now! Thank us later. 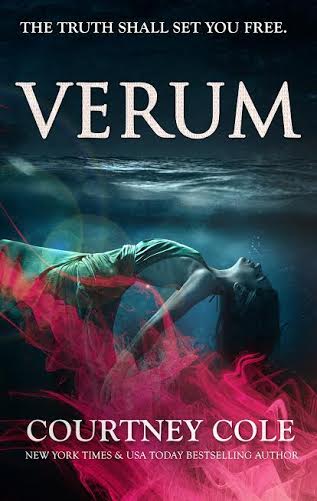 The truth shall set you free.
My name is Calla Price and I’m drowning. My new world is a dark, dark ocean and I’m being pulled under by secrets. Can I trust anyone? I don’t know anymore. The lies are spirals. They twist and turn, binding me with their thorns and serpentine tongues. And just when I think I have it figured out, everything is pulled out from under me. I’m entangled in the darkness. But the truth will set me free. It’s just ahead of me, so close I can touch it. But even though it shines and glimmers, it has glistening fangs and I know it will shred me. Are you scared? I am.

Together, we float to the surface, still intertwined.  We break through the top and I suck in a breath and Dare is staring into my eyes. There’s tension here, but not the bad kind.  It’s the kind that ignites you, the kind that intoxicates you, the kind that once you taste it, you’ll crave for the rest of your life. I’ve forgotten that I was going to be careful, that I was going to reject him on every level. All I can remember, all I can focus on, is how veryalive Dare DuBray is making me feel in this moment, how alive he always makes me feel. For a girl who has been surrounded by death her entire life, this is a very big deal. “I’m a little afraid of you,” I blurt honestly, and Dare still has his arms around me.  Our treading water motions keep our legs rubbing together, the friction still there. Hot, Hot, Hotter. Dare smiles, but there is no humor in it. “Good.” “Why?” My honesty makes me seem innocent, but I don’t know how to play games.  I have no experience with the opposite sex at all. “Because that makes you feel something.” But he’s hesitant now and he looks away. There’s something he wants to say, it’s balanced on the tip of his tongue, but he swallows it. “What is it?” I ask softly.  “Just tell me.” He wants to, I can tell. His secrets are killing him. He just wants to be normal, he’s just acting out a role. I don’t know why I feel like I know this.  It’s just there, suddenly resting on my heart. “You don’t have to be someone you’re not,” I murmur quietly.  His dark eyes snap up to mine and he pulls his hands away. There’s something in his eyes now, something guarded, and our easy afternoon has come to an end. “What makes you think I am?” he snaps. “Pretending to be something I’m not, I mean.” I’ve somehow annoyed him, and I don’t answer because I don’t know what to say. “I’m not being someone I’m not, Calla,” he says coolly as he strides from the water.  “I’m being who you need me to be.” I’m utterly confused, and I’m dripping wet. “We don’t have towels,” is all he says when I follow him. My clothing soaks up the water and it is a very cold ride back home. Dare doesn’t say another word and I leave him in the garage. I don’t see him at dinner, and I don’t see him the rest of the night. But as I lay in bed around midnight, I see his car leave the garage. I don’t see him come home, and I’m awake for half the night waiting. I have no idea where he goes when he slips away. Somehow, I think he wants it that way. There’s a fork in the road and even though I see it, I can’t avoid it. One road goes left, one goes right, and neither of them end well.  I feel it in my bones, In my bones, In my bones. I sing a song of nonsense, and it sings back.  The notes echo and twist in the air, and I swallow them whole. “Come out,” I call behind me, because I know they’re there.   I can’t see them, but they’re always watching.  Eyes appear, blood red, and they blink once, twice, three times. “I can see you,” I announce and there’s a growl and then I’m crushed beneath the dark, beneath the weight, beneath the oppression. “You don’t scare me,” I lie. There’s savagery here, there’s grace.  But above all, there’s oblivion and no matter what I do, I will be sucked into it.  I know it. I feel it. I’m crazy. And it doesn’t matter. I’m the rabbitrabbitrabbit and I’ll never be free.

Mind-twisting, gut wrenching and explosive.
I wasn't sure what book 2 would bring but damn Courtney Cole delivered.
The first book had me on the edge of my seat, this one had me doing stuff like:
Putting my kindle down and walking away.
Pacing the floor trying to get in thoughts in order.
Scared of what the next few chapters would bring.

The words seem to flow off the page, my mind would conjure up vivid pictures of the characters.
It was beautiful and haunting. I didn't know what to do. I had to keep reading because, there was no way I could sleep with out knowing what the hell was going on.

Since book one ended I thought the story was leaning one way. I thought I had figured it out.
I was wrong!
Courtney through me for  loop a HUGE loop that I am still trying to process.
Just when I swore I was getting close to figuring something out, she yanks that away. My mind was reeling and I was left with a sense that she was taunting me.

If you love books that are thrilling, have you on the edge of your seat and overall great plot and writing then this is definitely the book(s) for you.

I know some people say they hate cliffhangers and series books BUT I feel like I need a break between books.
My mind is still going over events in the book, still trying to piece things together. I can't shake the characters. That, for me is when I know I have discovered a great book.

Courtney Cole's Verum, had me going through so many emotions. She knows how to pull on those emotions. She works them. I was on the anxious, happy, nervous, sad, biting my nails, and insatiable. I couldn't stop reading, I didn't want to. I wanted to hug the characters, I wanted to sit with them and ask questions. Of course that's not possible but I wanted to anyway. This book series is amazing and I look forward to book 3!!

Don't miss the first book in the Nocte Trilogy... 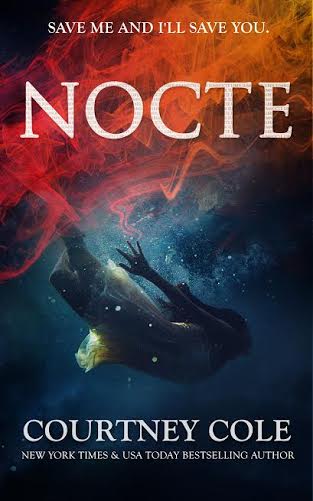 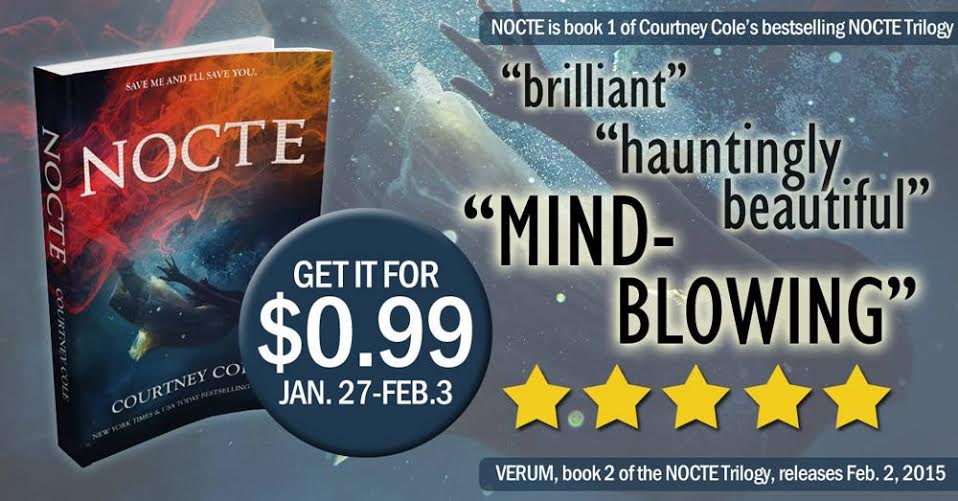 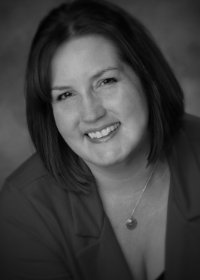 Courtney Cole is a novelist who would eat mythology for breakfast if she could. She has a degree in Business, but has since discovered that corporate America is not nearly as fun to live in as fictional worlds. She loves chocolate and roller coasters and hates waiting and rude people. Courtney lives in quiet suburbia, close to Lake Michigan, with her real-life Prince Charming, her ornery kids (there is a small chance that they get their orneriness from their mother) and a small domestic zoo.