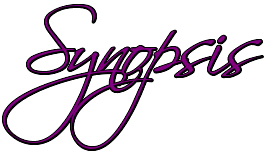 Ah, be still my heart Juliana and Eric.

This second chance novel goes from the past to present to give me the reader a broader sense of these characters and the reasons they chose the path they did.
Heartbreak and love.
No matter how much one wants something sometimes life throws us curveballs and we must continue. I love the fact that the universe seems to want Juliana and Eric together and steps in to make it happen.
Another thing I loved about this book was the POV's we get to see many sides of the characters because of these and it worked well.

When I read A.D.'s first book In This Moment, I loved all her side characters. I wanted to know their stories and the author did not disappoint with this story. Written well and the flow was spot on. There was a part in this book that made me pause (not in a bad way, calm down yo) but the author did a great job of showing the human aspect of the character. I love when authors can pull so much emotion from me when I read. I loved Juliana's evolution through this book. As a reader being able to see how she pulls herself together is amazing.

Giveaway
Signed Paperback of Crushed and a $15 Amazon Gift Card

Amber McCammon is a daughter, sister, wife, mother, avid reader, and writer. Her debut novel In this moment was released in January of 2017. She's currently working to complete the series. Crushed, book 2, will be released August 10, 2017.  When Amber isn’t focusing on her family or the written word, she enjoys traveling, crafts, and music. She's a Tennessee native with a Bachelor’s degree from the University of Tennessee at Martin, where she discovered her passion for writing and met her husband. Authors like Tarryn Fisher, Colleen Hoover, Kim Holden, and Jamie McGuire inspired Amber to follow her heart and venture out into the world of self-publishing. She's beyond excited about getting the chance to see her dream come to life.